LAKE BUENA VISTA, Fla. — On one of his ferocious drives to the basket, LeBron James appeared to roll his left ankle as he tumbled to the court. He grimaced, relaced his sneaker as several of his teammates from the Los Angeles Lakers crowded around him and then walked with a barely perceptible limp to the free throw line.

It was only the second quarter of the opening game of the N.B.A.’s Western Conference finals, but it felt like a fragile moment. So much has gone wrong for the league during this topsy-turvy season — and for the Lakers. So many occasions when everything slowed to a stop, then rebooted to a crawl before pausing again.

James, though, has seemed fairly single-minded in his focus to stick to his familiar routines during a four-month hiatus brought on by the coronavirus pandemic, to grind through the league’s restart in isolation here at Walt Disney World, to pursue a fourth championship in empty arenas as fans watch from home.

On Friday night, James treated his tumble as if he had tripped over a speed bump. On the Lakers’ very next possession, he tried to dislodge the rim from the backboard on a soaring two-handed dunk, and the Denver Nuggets were in trouble. It only got worse from there as the Lakers pulverized them, 126-114.

“This was not a great game for us,” Nuggets Coach Michael Malone said.

One game is a small sample size, of course, and Malone said he was confident that his team would rebound ahead of Game 2 on Sunday. But for one night, at least, the Lakers looked too fast and too big, too strong and too experienced. Anthony Davis, who happens to possess all of those qualities, collected 37 points and 10 rebounds.

Denver has been living on the edge in the bubble, and it is a small miracle that it has not popped. In each of the first two rounds, the Nuggets came back from a three-games-to-one series deficit to advance. They have complained about a general lack of respect. The Lakers gave it to them by not giving them a sliver of space.

“That’s a historic type of resilient team,” Lakers Coach Frank Vogel said of the Nuggets. “We’ve got to understand that, both with the series lead, 1-0, right now, and wherever it goes.”

The N.B.A. did not do the Nuggets any favors. About seven hours before the game, Giannis Antetokounmpo of the Milwaukee Bucks accepted his second consecutive N.B.A. Most Valuable Player Award from a poolside manse in Greece, where he grew up. (The Bucks, who finished with the league’s best record, are on vacation after they were upset by the Miami Heat in the Eastern conference semifinals.)

James, 35, has won four M.V.P. awards, but none since 2012-13. He finished second to Antetokounmpo in this season’s vote after averaging 25.3 points, 10.2 assists and 7.8 rebounds and driving the Lakers to the best record in the West. He led the league in assists for the first time in his career.

James has seldom come off as the type of player who needs outside motivation to perform. But if additional fuel is available to him, he will consume it, and he went about his business against the Nuggets with a scowl — a stern, workmanlike experience for him. He finished with 15 points and 12 assists.

Afterward, James said he was not upset that he had not won the award — “Giannis had a hell of a season,” he said — but rather that he had received only 16 of 101 first-place votes from the panel of news media members who decide the award. (The New York Times does not participate in awards voting.) Yes, James knew the exact number: 16.

That, he said, is what irritated him more than anything. “I never came into this league to be M.V.P. or to be a champion,” James said. “I’ve always just wanted to get better and better every single day, and those things will take care of itself. But some things is just out of my hand and some things you can’t control.”

In expressing his support for his teammate, Davis suggested that it was a conspiracy. “They kind of choose the M.V.P. before the season even starts, you know,” he said.

In any case, the Lakers are now only three wins from the N.B.A. finals, and they are playing some of their best basketball at precisely the right time. It is more than a James and Davis production, though they seem to be emboldening their teammates. The Lakers’ depth, so questionable for so much of the season, is shining through.

On Friday, Rajon Rondo packed 9 assists into 22 minutes. Kentavious Caldwell-Pope scored 18 points while shooting 3 for 5 from 3-point range. The Lakers led by as many as 27 points.

Vogel even cracked open the dusty crate that had been housing the mercurial Dwight Howard, calling on him to supply 16 minutes at center after he had played sparingly against the Houston Rockets in the conference semifinals. Howard scored 13 points while mixing it up with the Nuggets’ Nikola Jokic, who was in foul trouble from the start.

“For me, as soon as I step on the court, I want to let him know that I’m there,” Howard said. “Since we’re staying at the same hotel, I might meet him right outside his room and let him know for the rest of the series that I’m going to be right there.”

Howard, James and the rest of the Lakers have been in the bubble for over two months. On Friday, they delivered a message: They do not plan on leaving anytime soon. 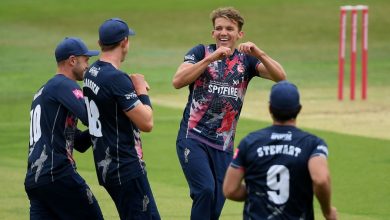 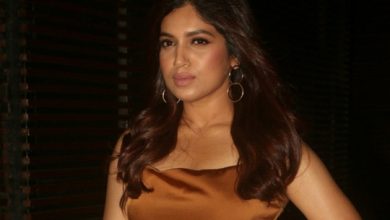 Bhumi Pednekar is enjoying her time in isolation 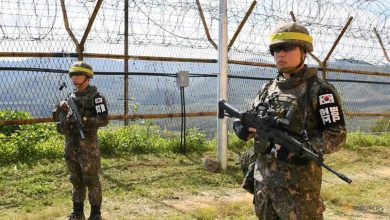 John Oliver gets a sewage plant named after him
August 24, 2020

John Oliver gets a sewage plant named after him