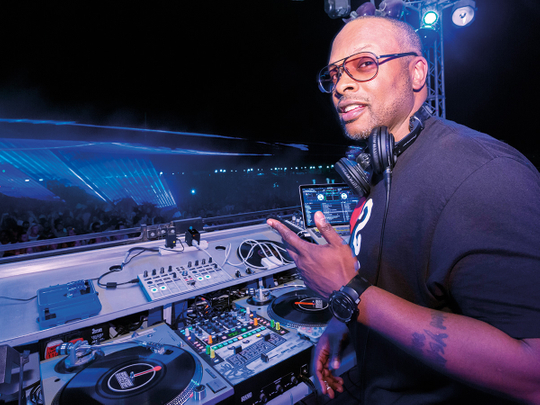 Los Angeles : DJ Jazzy Jeff knew “The Fresh Prince of Bel-Air” made a mark in television history after filming six seasons during the mid-’90s, but he thought the show’s popularity would eventually fizzle out at some point.

So far, that hasn’t happened. The NBC sitcom starring Will Smith has grown more popular over three decades with the help of its catchy theme song, enduring social themes and comedy. The show starred Smith as a street-smart teen from Philadelphia who moved into his aunt and uncle’s home in the wealthy Bel-Air neighborhood of Los Angeles.

The show became a cultural phenomenon, and now it’s being celebrated in a variety of ways. The original cast of “The Fresh Prince” will reunite for the show’s 30th anniversary, which will air on HBO Max around Thanksgiving. The unscripted special will take a look back on the impact of the series since it debuted in 1990.

Separately, Los Angeles County residents will have a chance to stay at the show’s iconic mansion _ which is located in Brentwood, not Bel-Air _ through Airbnb. The master wing of the home will be available to rent for five one-night stays starting in early October at the affordable rate of $30, to celebrate the anniversary. Mega-fans might even book DJ Jazzy Jeff for a virtual mixing lesson at the mansion.

In a recent interview, DJ Jazzy Jeff spoke about the show’s relevance, his fondest memories on set and his virtual deejay experience being offered for those staying at “The Fresh Prince” mansion.

Are you surprised by how relevant the show still is today?

Jeff: I grew up with my favorite TV shows, and at a point in time, they just kind of faded away. So for 30 something years, I’m wondering, `Is this the year “Fresh Prince” is going to fade away?’ Not because you want it to, but because of the natural laws of things. For this show to jump from one generation to another _ there are fans that weren’t even born when the show came on. You can’t plan that.

What brought the cast together?

Jeff: Once quarantine happened, and we were on lockdown, Will (Smith) came up with the idea of getting the cast together on a Zoom call. That was the tipping point. People were like `Oh my God, all of them are there. All of them are having conversations.’ That’s what got the ball rolling.

Did things come together fairly quickly after the call?

Jeff: I know we did the Zoom call and then all of a sudden, we got a call like `Hey, we’re doing this reunion. And you got to come to L.A.’ I was like `OK, we’re all coming?’ I think through the lock down, we didn’t know what we were allowed to do or what was going to happen. But it was absolutely amazing the amount of safety precautions that they took to get everybody together.

I’m sure you was nervous about hopping on a flight, especially after you were diagnosed with the coronavirus then beat it?

Jeff: This was the first time I got on a plane since the last time when I got sick. So I was freaking out. But after speaking to people who have traveled…. It was easily the easiest trip that I have ever taken in my life.

What were your fondest memories from the show?

Jeff: We were family. We all hung out in each other’s dressing room and laughed and joked. James Avery, rest in peace, he was a humongous jazz head. He would give me CDs every week. He was the one that would tell me about traveling. So to have that type of relationship, especially with me being the person who was the most non-traditional actor on that show, I felt extremely comfortable.

What can people expect from your hour-long Airbnb experience?

Jeff: Under normal circumstances, I might have been in the house with two turntables. But we’re going to take this virtual and invite some people in. I’m going to give you the running of the ropes of how it’s done, the equipment that you use. I think with the current state of the world, these virtual experiences are incredible because it kind of puts you in the place with the person. They can go through step-by-step of how you do what you do.

What did it mean for you and Smith to take the photo together in front of the mansion?

Jeff: For us to stand on our step, you’re sitting back saying `Yo, 30 years is a longtime.’ My kid wasn’t born 30 years ago. But to kind of take people down this journey, it’s incredible. It gives us a level of appreciation of what we’ve done and how far we’ve come.