Wade Barrett has some good news to share: he is now officially part of the weekly NXT broadcast team.

Moving forward, Barrett will be part of every NXT broadcast, including TakeOver events. Speaking with Sports Illustrated, Barrett confirmed he signed a one-year deal with WWE that includes an option to extend the partnership.

“I hope this lasts for a long time, that’s our intent,” said Stu Bennett, who was best known in wrestling as “Bad News” Barrett. “So there is no bad news to share, but never forget, there is always a little bad news up my sleeve.”

Barrett joins a broadcast team of Vic Joseph and Beth Phoenix, a revamped trio after the departure of Mauro Ranallo.

“Our aim is to be different, a little more unique than the other WWE programming,” said Barrett. “We don’t want to be a carbon copy of what you hear on Raw or SmackDown. I’ve known Beth for years, and she is incredibly talented, and I am just getting to know Vic. I’m excited to learn from and work with both of them, and I’m really excited to develop this into a really tight unit.”
Long known as WWE’s developmental system, NXT has evolved into the company’s third brand. Led by world champions in Finn Balor and Io Shirai, the NXT roster contains some of the most talented wrestlers in the world.

“This isn’t a developmental brand,” said Barrett. “I’ve followed the careers of The Undisputed Era, Tommaso Ciampa, Johnny Gargano, and Rhea Ripley for a long time. There are so many up-and-comers, and NXT is a destination where you can see people turn into stars. Bronson Reed is a powerhouse and reminds me of a young Mark Henry. Coming from England, I might be a bit biased, but I can’t wait to see Ridge Holland’s rise into a megastar. He has all the potential in the world.

“I’m also especially excited to call Shotzi Blackheart on a weekly basis. She is going to be a massive star. The opening match-up tonight between Shotzi and Io Shirai will be fantastic, so make sure to get there nice and early to watch.”

Barrett parted ways with WWE in 2016 following a decade with the company. Despite a unique voice, compelling in-ring style, and powerful presence at 6’7”, Barrett chose to take a breather from wrestling after pouring his heart and soul into the profession.

“When I left in 2016, I was emotionally burnt out and beat up,” said Barrett, who was also dealing with a neck injury that he noted has since healed. “I knew I needed to do some projects away from pro wrestling, but this has always been my passion. And even when I needed some time away, I still found myself looking at results online and then checking out the show on TV.

“Pro wrestling has always been a true love of mine, especially commentary. Physically, I feel 100%. My body feels incredibly good. I’m not doing commentary because I had a career-ending injury. I want to focus on commentary because I’m passionate about it. That’s not to say I won’t pull the boots back on at some point, but commentary is my focus and I am extremely excited about it.”

Barrett dabbled in WWE commentary as far back as 2008 when he was part of the Florida Championship Wrestling developmental program. More recently, he provided color commentary for the NWA, which is owned by music icon Billy Corgan.

“Working with the NWA was a fantastic experience for me, and I planned to sign a long-term deal with them,” said Bennett. “Plans changed with the pandemic, but I have nothing but great things to say about Billy Corgan. And a lot of people don’t realize that I also have quite a bit of commentary experience, including in the U.K.

“Over a decade ago, I was a commentator for about six months with Dusty Rhodes and Byron Saxton in FCW. I enjoyed it so much, and even when I was wrestling and in main events, I knew I’d always want to return to it. So getting a call from Triple H about a spot on NXT’s commentary team, that was very exciting. This is the ideal role for me.”

As the former leader of The Nexus faction, Barrett has watched closely as the Retribution storyline continues to play out in WWE. But he noted that there are no plans, as of now, for him to serve as their leader.

“My focus is on commentary and NXT,” said Barrett. “But you know what, I’m not going to kill that Retribution rumor. My Twitter hasn’t stopped blowing up since they first appeared. People seem to be happy accusing me of being under that mask, so I’ll let them carry on.”

Barrett first appeared on NXT in a commentary role Aug. 26, and he is now positioned as a fixture of the show moving forward. After a four-year stretch away from WWE, Barrett expressed gratitude for the opportunity to return in such a high-profile role.

“I am as passionate, as motivated, and as excited to be in the NXT broadcast booth as I ever was to be in the ring,” said Barrett. “I can’t wait for the next few months and the next few years. I am thrilled to share the stories of the stars of NXT, and I am very grateful for the chance to entertain people every week. I am so excited for this new role.” 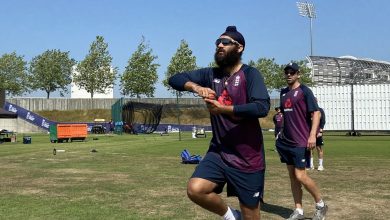 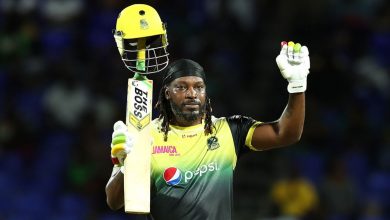 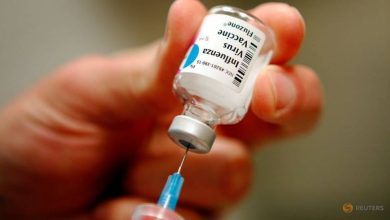 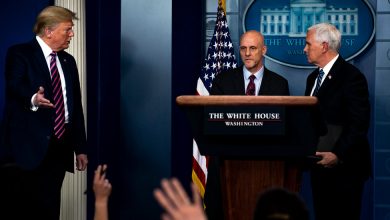 Stephen Hahn, F.D.A. Chief, Is Caught Between Scientists and the President

Rajkummar Rao pens emotional note as he completes a decade in Bollywood
March 20, 2020

Chris Hemsworth’s ‘Extraction’ to get a sequel

15 audiobooks to keep you company this long weekend