Reggie Miller did not mince words on the collapse of the Los Angeles Clippers.

After taking a commanding 3-1 lead in the series, the Clippers had three chances to knock out the Denver Nuggets and advance to a date in the Western Conference Finals against LeBron James, Anthony Davis and the Los Angeles Lakers. But they squandered double-digit leads in Games 5, 6, and 7, cementing one of the greatest breakdowns in franchise history.

“That curse is real,” said Miller. “The Clippers’ whole marketing scheme was to deface the Los Angeles Lakers and their history. ‘There’s a new sheriff in town, we’re taking over LA!’ Their focus was LeBron, AD, and the Lakers, and they were one game away from doing it. It was a total collapse.

“Now we’re hearing there were chemistry problems? Come on. Why didn’t we know anything about chemistry problems before? Don’t be cryptic, Paul George. I want names. If they’re talking about getting rid of Doc Rivers, who are they going to bring in that’s better than Doc? Paul George needs to start looking at himself.”

Along with Brian Anderson on play-by-play, Miller and Chris Webber will be providing analysis for the Western Conference Finals on TNT. The two basketball icons spoke to assorted media on a Wednesday press call to preview the Lakers-Nuggets series.

“I love that Denver is making people believe,” said Webber. “I love how deep they are, and hopefully Coach [Michael] Malone gets the credit he deserves. If you talk to players that have played for him, they’ll tell you how much they’ve enjoyed playing for him. They’re a great story.”

Miller, a Hall of Famer who was lethal behind the three-point line, touched on how the Nuggets-Lakers series will offer a different style of play from the Eastern Conference Finals. In Game 1, the Boston Celtics and Miami Heat combined to attempt 76 three-pointers, but Miller noted there will be a far different pace in the West.

“The Lakers made 19 threes in that closeout game against Houston, but they are not a great three-point shooting team,” said Miller. “Denver relies on that heavily, so the Lakers can’t allow there to be a large gap. If you’re the Lakers, you can’t allow Denver to make 15 when you only hit five. They’ve got to be within striking distance, but they won’t shoot as many as Miami and Boston. Those two teams are predicated on that three-point line.”

Nikola Jokic and Jamal Murray have starred for the Nuggets during their historic playoff, winning back-to-back series after trailing three games to one. They will certainly pose problems for the Lakers, a team that lacks depth behind James and Davis. But a glaring issue for Denver is finding a way to stop an unstoppable force in James.

“No one can check LeBron,” said Webber. “But Denver plays defense in many different ways. I like Denver as much as I like anyone else’s chances after what they’ve shown.”

The bubble has served as the great equalizer in this year’s NBA playoffs, and it has given players the opportunity to stand out–or be exposed–on a neutral surface. Webber believes this series will define Howard’s tenure with the Lakers.

“Dwight Howard is the only person that can check Jokic,” said Webber. “I think AD can, but does AD want to play center? And I’m not saying Howard will stop Jokic, but he can move his feet laterally and he’s long. His ability to get in the passing lanes and keep his hands up in Jokic’s face, that is going to be very important.”

Stars win championship in the NBA, but in the shadows behind breathtaking MVP performances exists the sturdy foundation provided by players who embrace their role. In order for the Nuggets to have a legitimate shot at eliminating the Lakers, Paul Millsap will need to play a massive role on both sides of the floor. On defense, Millsap has the potential to help limit James and Davis, as well as deliver his quietly effective inside-out arsenal on offense.

“If the Game 5 and Game 7 [from the Clippers series] version of Paul Millsap shows up, then all bets are off,” said Miller. “If he plays anywhere near that consistently in this series, then the Nuggets are a different team with a different option.”

Miller explained that the difference in the series will ultimately be defined by adjustments, an area where the Nuggets have thrived in the first two rounds.

“The Lakers’ best team is when Davis is at the five,” said Miller. “Frank Vogel is going to have to play Davis against Jokic. He’ll have to put pressure on Jokic on the offensive end, and he can get Jokic in foul trouble. It will be interesting to see how they mix and match, and the battle of the coaching matchup.”

“It’s not foregone that the Lakers are going to win. I know everyone is disappointed, and so am I, that they’re not going to see the battle of LA, but don’t sleep on the Denver Nuggets.” 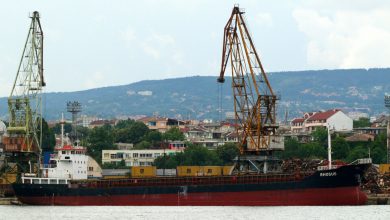 Blame for Beirut Explosion Begins With a Leaky, Troubled Ship 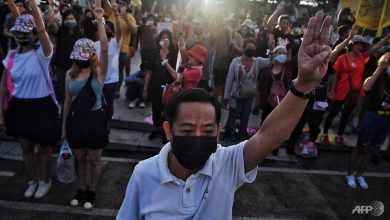 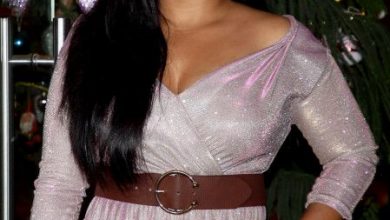 Tom Cruise to shoot a movie in outer space?

Veteran actress Surekha Sikri in ICU after stroke
3 weeks ago