The offseason may have been shorter than usual, but it has been long enough for the narratives that seemed to be emerging at the end of last season to be forgotten. Both José Mourinho and David Moyes ended 2019–20 with a sense of well-being, with Tottenham having gone unbeaten in six games to qualify for the Europa League and West Ham having stayed up after just one defeat in its last seven. But both managers immediately find themselves under pressure after defeats on the opening weekend of the new season.

After Tottenham’s dreadful start to last season, Mourinho had been eager to let it be known that only three sides had picked up more points than Spurs since his appointment in place of Mauricio Pochettino. That Spurs’ football had been joyless and turgid, the sort of play that needs results for vindication, he sought to ignore. But demanding fluency is about more than aesthetics. Process, ultimately, will always win out, and there was little sign last season of Tottenham playing to any kind of coherent plan.

The summer has seen a series of functional signings, players bought to answer specific and unglamorous needs. Matt Doherty is clearly a more reliable right back than Serge Aurier, and Pierre-Emile Hojbjerg answered a clear need at the back of midfield. To that extent, there was a belief that Tottenham was better placed this season than last. And this is the second season, when Mourinho is traditionally at his best in a cycle with a club. Yet it took barely an hour for that optimism to be exposed.

Tottenham was dreadful in losing 1–0 to Everton on Sunday. It’s true that quarantine restrictions placed by the U.K. government on those returning from specific locations had hampered Spurs and their preseason preparations more than many sides—it was their misfortune, for instance, that Harry Kane was on holiday in Barbados when the regulations were imposed—but that alone cannot explain the sluggishness.

The most poignant moment came just after the Everton goal as Son Heung-min closed down Yerry Mina. Nobody went with him. The Colombian center back had time to pick from three or possibly four passing options. The nearest Tottenham player to Son was maybe 35 yards away. Mourinho subsequently blamed “lazy pressure,” and in that he was right; but this is an increasingly regular feature of Mourinho teams–they never press.

His Porto side did, but since he was overlooked for the Barcelona job in favor of Pep Guardiola in 2008, it’s as though Mourinho decided to reject everything that was distinctive about Barcelona. His victory over Barça with Inter in 2010 was particularly special for him, because it came with 19% of the ball: He had won without possession and with an extremely low block. Increasingly, though, that seems like an old-fashioned way of playing, off-kilter from the modern game.

The whole feel of Sunday’s defeat was worryingly familiar. This was a typical Bad José performance, devoid of aggression and fluency. His own reaction, raging about the free kick from which Everton scored apparently being taken from not quite the right space, then blaming his players in the postmatch interview, was sadly typical. This was Mourinho entering the endgame, flailing at the forces conspiring against him, seemingly already having given up on winning games to focus on ensuring he has excuses before his inevitable departure. A Europa League qualifier away to Lokomotiv Plovdiv usually would not draw much attention, but with these rounds down to a single leg and Mourinho, despite the potential added reinforcements that could be on the way, already dangerously close to the brink, Thursday’s meeting suddenly takes on a macabre fascination.

For Moyes, whose side dropped its opener to Newcastle, the issues are equally familiar. West Ham’s squad for years has been split uneasily between the aspirational and the reliable, a hodgepodge rammed together by owners who equally seem never sure whether they are speculating ambitiously or retrenching desperately. The sale of young talent Grady Diangana to West Brom in the summer drew public condemnation from club captain Mark Noble, a clear indication of the ongoing disquiet behind the scenes.

The only good news at West Ham at the moment is that at least without fans, the London Stadium isn’t in full revolt. But with five of West Ham’s next six games against teams who finished in the top seven last season (and the other coming against an improved Arsenal), Moyes feels perilously close to being sacrificed. Football’s solution to most problems, after all, is to sack the manager—and while the issues at West Ham clearly go far deeper than him, he is another coach whose ideas seem to belong to a different age.

It’s absurd, obviously, to judge anything definitively after one game, but the compression of the season means everything is seeded up in the Premier League this season. The warning bells are ringing already. 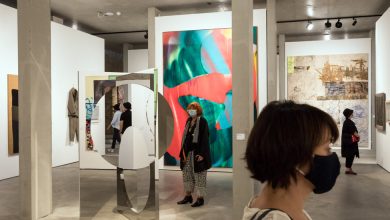 In Berlin, the Art World Spreads Out to Stay Safe

Coronavirus live updates: U.S. surpasses Italy for most confirmed deaths with more than 20,000; Trump vows to ‘bring our country back’ 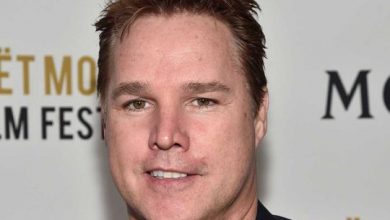 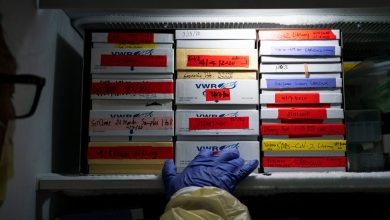 Aditi Rao Hydari hates that Bollywood is demonised: It’s not a drug-fuelled place
2 weeks ago

Aditi Rao Hydari hates that Bollywood is demonised: It’s not a drug-fuelled place