A journey for justice turned into a love story when Maya Moore, one of the W.N.B.A.’s brightest stars, married the man she helped free from prison.

The man, Jonathan Irons, walked out of a Missouri prison on July 1 — more than 20 years after he was convicted on charges of burglary and assault. Mr. Irons, who pleaded not guilty, has insisted that he was not at the scene of the crime and had been misidentified.

Ms. Moore’s family met Mr. Irons through prison ministry in 2007. She visited shortly before her freshman year at the University of Connecticut, where she became one of the most heralded women’s basketball players in collegiate history.

“We wanted to announce today that we are super excited to continue the work that we’ve been doing together, but doing it as a married couple,” Ms. Moore, seated beside Mr. Irons, said on Wednesday on “Good Morning America.”

The couple said they planned to continue to educate people about voting and to help others who had been wrongfully convicted. “We’re doing our part,” Mr. Irons said.

Ms. Moore added that sometime in the spring she would have a “next step moving forward” concerning her basketball career, which she put on hold last year to answer what she said was a call from God.

When Mr. Irons first met Ms. Moore in prison, he was skeptical. He said he thought that Ms. Moore, 18 at the time, was at the prison for a token visit. But she wanted to hear his story.

She told him, “I’m here because I care,” she recalled in an interview last year with The New York Times.

In an interview last year, Mr. Irons called Ms. Moore a lifesaver who gave him hope. “She is light,” he said. “Pure light.”

During college, Ms. Moore said, she began to consider Mr. Irons as she would a sibling. It was challenging to go to Missouri for visits, but they kept in touch. She sent him books by her favorite spiritual writers, and sometimes before her big games, they spoke on the phone.

It wasn’t until 2016 that Ms. Moore spoked publicly about the friendship between her and Mr. Irons, when she began championing changes in law enforcement and the legal system after a series of police shootings of unarmed Black men.

She became a strong voice for prosecutorial changes. She stunned the sports world when she announced in February 2019 that she would step away from her career in women’s basketball, in part so she could help Mr. Irons in what they thought would be his final appeal.

In March, Mr. Irons’s conviction was overturned by a state judge in Jefferson City, Mo. Mr. Irons was 16 when the crime for which he was convicted occurred. He was prosecuted for burglarizing a home in a St. Louis suburb and assaulting the homeowner with a gun.

But there were no corroborating witnesses, fingerprints, DNA or blood evidence connecting Mr. Irons to the crime.

Prosecutors claimed that Mr. Irons admitted to breaking into the victim’s home, but Mr. Irons and his lawyers denied that. The officer who interrogated Mr. Irons did so alone and failed to record the conversation. Mr. Irons, who is African-American, was tried as an adult and found guilty by an all-white jury.

The judge’s decision hinged on fingerprint evidence that had not been divulged by prosecutors in Mr. Irons’s initial trial. Kent Gipson, Mr. Irons’s lawyer, argued that the state withheld that evidence, which could have shown someone else was responsible for the crime.

Mr. Irons was released from prison in July, nearly four months after his conviction was overturned. Ms. Moore sunk to her knees when he walked out. Soon after, they married.

A few years ago, when Ms. Moore came to visit Mr. Irons in prison, they both admitted they had strong feelings for each other. He said he wanted to marry her, but he said he also felt a need to protect her “because being in a relationship with a man in prison is extremely difficult and painful.”

In their hotel room after his release, Mr. Irons said, he knelt down and asked Ms. Moore to marry him.

“Over time, it was pretty clear what the Lord was doing in our hearts,” Ms. Moore said, “and now we’re sitting here today, starting a whole new chapter together.” 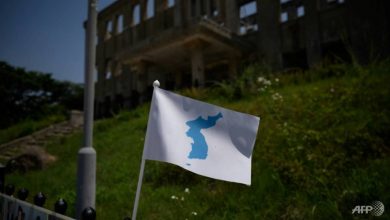 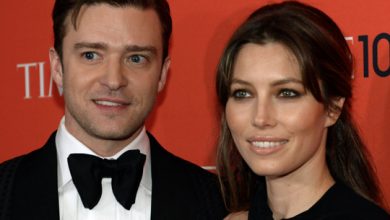 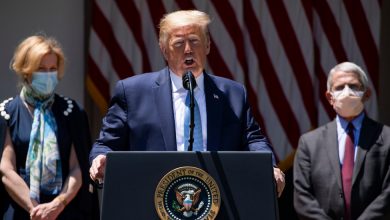 Rattled by a Pandemic, People Turn to Leaders — Any Leaders 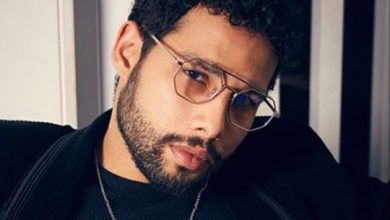