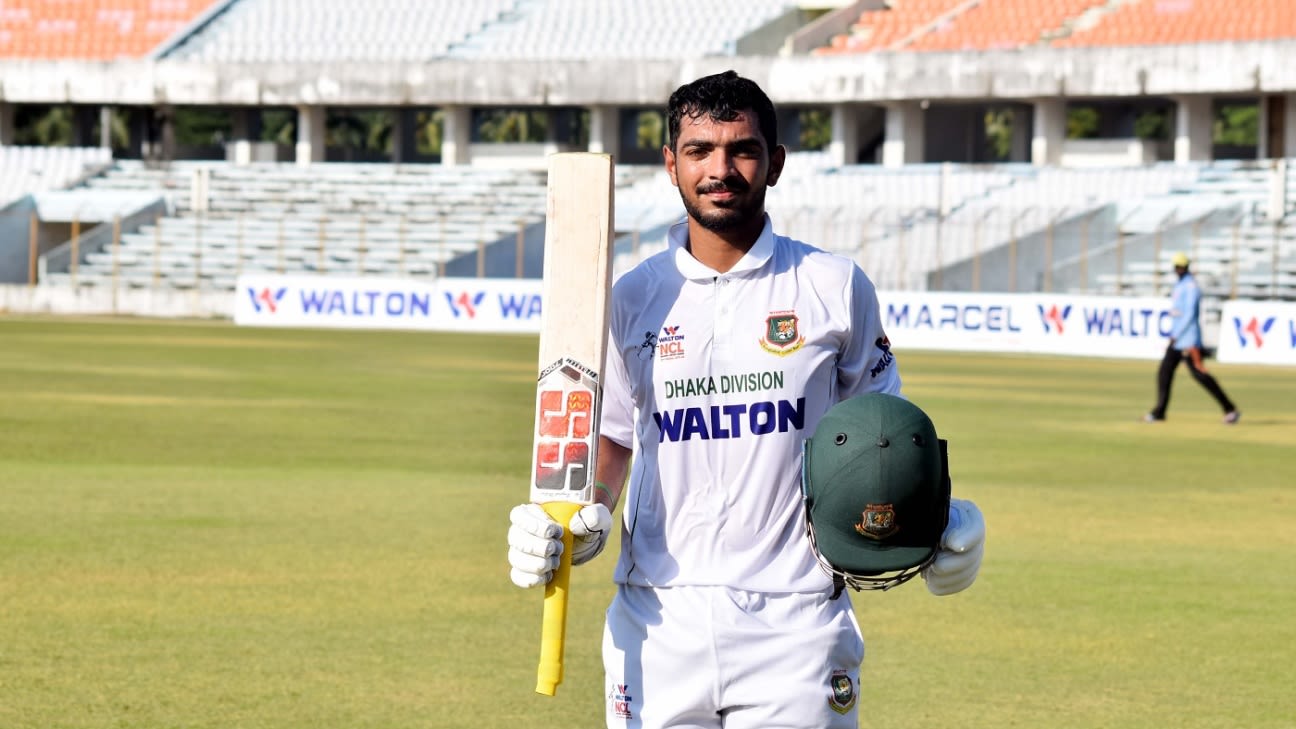 Bangladesh batsman Saif Hassan has returned positive in his second Covid test which was taken exactly seven days after he first tested positive, a BCB source has confirmed to ESPNcricinfo.

BCB haven’t added Hassan’s name in their list of 27 cricketers considered for the preliminary squad for the Test series against Sri Lanka. If he recovers in time, Hassan could still make the squad as he has played in Bangladesh’s last two Tests earlier this year.

Saif’s domestic and Bangladesh A form in the last two years got him a place in the Bangladesh Test squad against India last year but he didn’t make the playing XI that series. He made his debut against Pakistan in Rawalpindi earlier this year and played the one-off Test against Zimbabwe in February as well.

However, disagreements over Covid-19 protocols have continue to dog Bangladesh’s series in Sri Lanka, which is scheduled to begin in late October. Last week, Sri Lanka Cricket (SLC) had informed the Bangladesh Cricket Board (BCB) that the Bangladesh players would need to be in quarantine for one week upon landing in the island, before being able to train.