JAKARTA: The decision to re-impose a partial lockdown in Jakarta will hit the Indonesian economy this quarter, but these restrictions are necessary so that the economy can again grow positively in the long term, said experts interviewed by CNA.

Jakarta’s Governor Anies Baswedan announced last week that the capital city would return to a partial lockdown, known locally as large-scale social restrictions, amid a continuous increase in the number of daily infections, lack of isolation wards and intensive care unit (ICU) rooms for patients as well as an increase in the fatality rate.

The following morning, the Jakarta Composite Index fell as much as 5 per cent, triggering a temporary trading halt at the stock exchange.

There are signs that the city government and Cabinet may not be on the same page over the necessity of reimposing a lockdown in Jakarta starting Monday (Sep 14).

Mr Bhima Yudhistira, an economist with Jakarta-based Institute for Development of Economics and Finance (INDEF) said that the drop in the stocks market was not entirely attributable to the governor’s announcement.

“Stricter large-scale social restrictions are needed. The claim of the coordinating minister for the economy is wrong because the Jakarta Composite Index has been experiencing pressure from foreign selling in the last three months,” Mr Yudhistira told CNA.

“Without focusing on handling the pandemic, it will be difficult for the economy to recover. The government has been experimenting with the transitional large-scale social restrictions but the fact is the malls are still quiet, the mobility of the population is also low. Especially the upper-middle class, (they) are still hesitant to shop if the threat of a pandemic is still high,” he added.

Ms Yustina said what is now urgently needed is for people to comply with health protocols so the implementation of the large-scale social restrictions would not be in vain.

“The important thing is that people comply with wearing masks and malls and offices comply with the large-scale social restrictions so that infections can be suppressed,” Ms Yustina stated.

In June, the city entered a transition period for the large-scale social restrictions, when businesses could gradually reopen after COVID-19 cases started to drop.

But over the past few days, Jakarta has consistently recorded more than 1,000 new infections daily resulting in almost fully occupied isolation wards and ICU rooms.

As of Tuesday, Jakarta has more than 55,000 COVID-19 cases and more than 1,400 deaths, making it the epicentre of the pandemic in Indonesia.

READ: Spike in occupancy rate for Jakarta’s COVID-19 wards over the past 2 weeks

Starting from Monday, only 11 essential businesses were allowed to operate from the office, while the remaining sectors must work from home.

Citizens have also been told to study and pray from home, while parks and entertainment venues are closed.

Restaurants can only serve takeaways but unlike during the previous restrictions, malls may still open.

This time, non-essential businesses may also operate from their premises if they have a special permit but only at 25 per cent of their capacity.

As Jakarta is the centre of the Indonesian economy where 70 per cent of its cash flow is circulating, the large-scale social restrictions this time round will have a negative impact on the economy in the third quarter which will last until the end of September, said economists.

However, Ms Yustina believes the effect won’t be as severe as compared to the second quarter, when the economy contracted by 5.32 per cent.

“The third quarter will be better than the second, especially because during July to August when the restrictions were first eased, people started to commute and there was a quite significant increase in activities. Sales indicators also showed an improvement,” she said.

Economist and chancellor of the University of Indonesia Ari Kuncoro concurred.

“The effect (of the restrictions this time) won’t be as drastic (as during the first restrictions).

“This time there probably will still be a negative growth between 1 per cent to 2 per cent,” Prof Kuncoro predicted.

He noted that this round of restrictions are more targeted to curb the disease which has been spreading in offices and industrial zones.

Prof Kuncoro said that malls can remain open because so far no major cluster has been found in malls, presumably because people’s behaviour in malls is easier to control.

With malls and retailers still allowed to operate, people can still spend which would contribute to some economic growth, he added.

Meanwhile, Mr Yudhistira predicts the economic growth in the third quarter to be between minus 3 per cent to 5 per cent. He also said that a recession is on the cards.

With the economy underperforming, Mr Yudhistira also warned of further layoffs brought about by the new restrictions.

“What has to be anticipated is the wave of layoffs and the increasing poverty rate,” he stated.

It is predicted that there will be about 15 million people laid off nationwide in various sectors until the end of the year, he said.

“The victims of the layoff will migrate to rural villages and change their profession to become farmers. Moreover, if they do not have land, it is feared that there will be villages that become new pockets of poverty,” he said.

But Prof Kuncoro is not too concerned that the current restrictions will lead to more people being unemployed.

“The layoffs won’t be as dreadful as the first time when the large-scale social restrictions were implemented,” Prof Kuncoro told CNA.

He gave examples of how bicycle factories were on the brink of collapsing but then suddenly saw a huge spike in demand as Jakartans were obsessed with cycling after the restrictions were eased early June.

Prof Kuncoro noted that a similar phenomenon was observed in the textile industry as there was a sudden increase in sales for sports clothes and shoes.

IMPORTANT TO CONTAIN PANDEMIC BEFORE ECONOMY CAN RECOVER

Regardless of the negative impacts that might be brought about by the latest curbs, those interviewed noted that a full economic recovery can only happen if the pandemic is under control in Indonesia.

“The fourth quarter will depend on two things: the enforcement of the restrictions and the disbursement of the government’s budget. The large-scale social restrictions can be extended if COVID-19 infections have not shown a decline.

“And if it continues, there is a possibility the fourth quarter will still be negative. So it is important now to actually implement and promote health protocols in the community,” Ms Yustina told CNA.

Mr Yudhistira from INDEF has a similar view.

“Now, what is more, urgent is to maximise (the implementation of) the large-scale social restrictions in Jakarta as disciplined as possible without discrimination. The focus on the fourth quarter is that the pandemic will be successfully contained and the public will be confident in spending more.

“The Christmas and New Year momentum at the end of the fourth quarter should not be missed. This is of course with the condition that the large-scale social restrictions this time work,” he said.

Moreover, he noted that nobody would want to invest in Indonesia if the pandemic is not under control, especially now that 59 countries have blocked Indonesians from entering.

The outlook for 2021 is slightly more positive, in the eyes of the economists.

Mr Yudhistira forecasted that Indonesia’s economy would grow between 1 per cent to 2 per cent, while Ms Yustina said it will be better and the economy can be positive again.

“It will depend on many factors but the trajectory will improve, especially with the optimism of a vaccine,” she told CNA.

Prof Kuncoro added: “It depends on when the vaccine is available. If it’s available in December and proven safe, then there can be an (economic) recovery in the first quarter of 2021″. 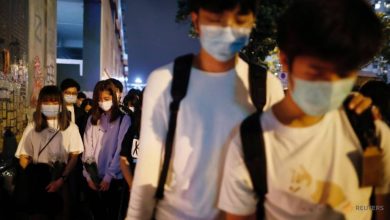 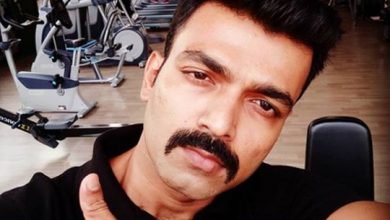 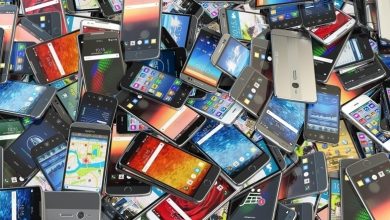 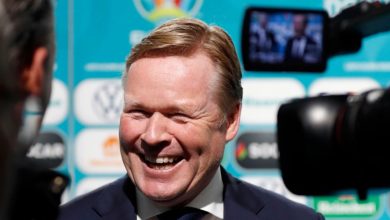 Chadwick Boseman remembered by Marvel family of superheores
3 weeks ago