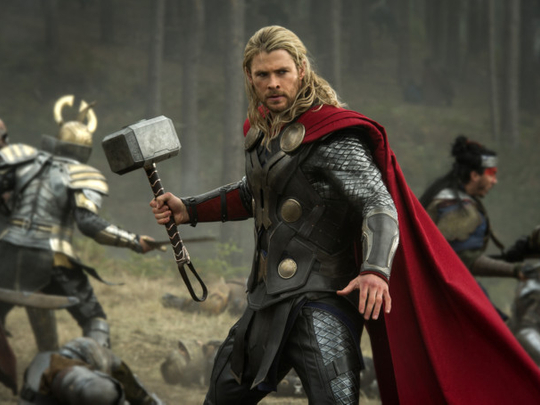 Australian actor Chris Hemsworth has said that he doesn’t plan to leave the Marvel Cinematic Universe after ‘Thor: Love and Thunder,’ the fourth entry in the ‘Thor’ series.

When asked whether Thor would retire after the upcoming movie, Hemsworth in a new interview asserted that it wouldn’t be the end for his character.

“Are you crazy? I’m not going into any retirement period. Thor is far too young for that. He’s only 1,500 years old. It’s definitely not a film that I say goodbye to this brand. At least I hope so” the 37-year-old actor, in a new interview with the Polish magazine Elle Man as quoted in Variety.

When ‘Thor: Love and Thunder’ was revealed to fans at the 2019 San Diego Comic-Con, director Taika Waititi confirmed that Natalie Portman, who played Thor’s love interest, Jane Foster, would return to the franchise and wield the powerful hammer. In the Marvel comic books, Jane took a spin as a new female Thor when the original hero became unworthy to hold the magical hammer and own the title.

Variety reported that Hemsworth also called the script even more fun than ‘Thor: Ragnarok,’ his previous solo film that was more light-hearted than earlier films.

Hemsworth said, “After reading the script, I can say that I am very excited. In this production, there will for sure be a lot of love and a lot of lightning. I’m glad that after all that happened in ‘Avengers: Endgame,’ I’m still part of the Marvel Universe and we can continue the story of Thor. Of course, I can’t reveal anything about the plot. But to satisfy your curiosity, I will say that reading the script, I had a lot more fun than on ‘Thor: Ragnarok,’ and that shows something because that movie was brilliant.”

Previously, Hemsworth told Variety on ‘The Big Ticket’ podcast that he wasn’t sure when he’d hang up his hammer and cape and exit the Marvel universe.

“There will come a day. Whether it’s now or in the future, I don’t know…Who knows what the sort of future holds. I don’t know, there could be remakes, sequels, prequel — who knows?” he said.

After being delayed due to the coronavirus pandemic, ‘Thor: Love and Thunder’ is set to release in the US on February 11, 2022.