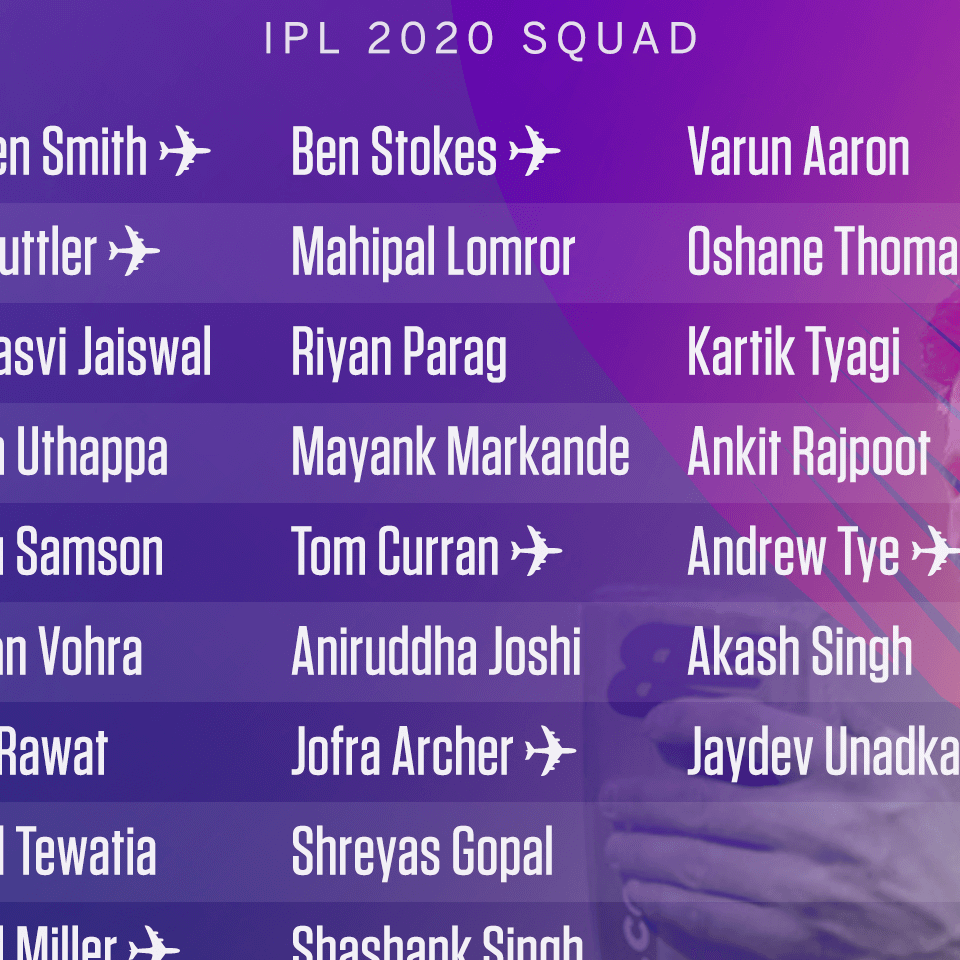 Where they finished in 2019: Seventh, with only five wins in 14 matches

Batting: Royals have retained their core of big overseas names and spent their money on young Indian talents like they’ve done in previous editions. There were quite a few standout individual performances in their dismal 2019 season but they rarely clicked as a collective. They will be keen to pin down batting positions and roles from the outset, although they have the option to keep the top six fluid.

The in-form Jos Buttler will take up one of the the opening spots and is likely to have the experienced Robin Uthappa or the young Yashasvi Jaiswal as his partner. Their captain Steven Smith has the penchant to stay at the crease and see off tricky chases, while a lot more will be expected from the mercurial Sanju Samson.

Most importantly, their middle order looks rather fragile without Ben Stokes, who is yet to confirm his IPL availability. While teenager Riyan Parag showed glimpses of promise last season, they might have trouble filling the middle-order hole left by Stokes if he opts out. Stokes will be hard to replace as they do not have a like-for-like replacement for him in their squad, but they do have David Miller as another overseas batting option. And perhaps Tom Curran can fill some of the hole at a push.

Bowling: Royals are well stocked in the fast-bowling department but there seems to be a lack of variety with their overseas options: Jofra Archer, Tom Curran, Andrew Tye and Oshane Thomas are all right-arm quicks, and Archer will be the first choice for the starting XI. Their spin unit is also a bit one-dimensional, with three Indian wristspinners in the mix.

Shreyas Gopal, who shone in Royals’ otherwise disappointing season last year, impressed in the middle overs and powerplay and should play a big role for them this time around too, especially if the UAE tracks are on the slower side.

As for the Indian quicks, adapting to the conditions and executing their variations – where they failed last year – will be key. Young talents like Kartik Tyagi and Akash Singh are waiting in the wings.

Young player to watch out for: The franchise has unearthed a number of young talents over the years and this time they’ve invested in India Under-19 players. Tyagi was picked up by Royals for INR 1.3 crore at the auction. The 19-year-old, who regularly registers upwards of 140kmph, impressed at the 2020 U-19 World Cup, picking 11 wickets in six games, including a memorable 4 for 24 against Australia. He has been training under Royals’ fast bowling coach Steffan Jones and was also part of a preparatory camp in Nagpur earlier this year. He will be keen to showcase his express pace and ability to nail yorkers if given a chance on the big stage.