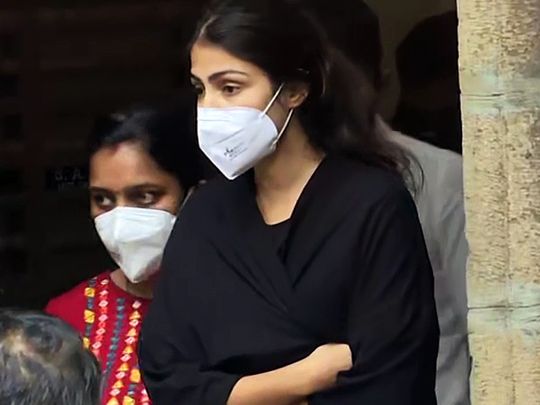 A sessions court in Mumbai on Thursday heard the final arguments on the bail plea of actor Rhea Chakraborty in connection with a drug case related to the death of Sushant Singh Rajput.

A decision is to be given on Friday.

The Narcotics Control Bureau (NCB), which is probing the drug angle in the case, arrested the actor on Tuesday.

Chakraborty, who is currently in 14-day judicial custody, moved a bail application in a local court claiming she is being falsely implicated in the case.

The bail plea of Rhea’s brother Showik, who was also arrested in the case, was also heard today. Besides Rhea and Showik, the decision of the bail pleas of Abdul Basit, Zaid Vilatra, Dipesh Sawant and Samuel Miranda will also be announced tomorrow.

Rhea’s bail application said that no drugs or psychotropic substances have been seized from her and the allegations, if any, would pertain strictly to smaller quantities. It said there is nothing on record to suggest that she was in any way involved with the financing of illicit traffic and/or harbouring the offenders in relation to any drugs.

According to the application, NCB in its remand application on September 8 said that the actor allegedly only procured drugs for Rajput. It stated that NCB said Chakraborty is an “active member” of a “drug syndicate” only on allegations that she was managing finance for drug procurement with Rajput and procuring drugs for him.

There is no evidence of Rhea procuring or financing any drugs outside of the period when she was with Sushant, the bail application said adding that the NCB has not disclosed any connection between Chakraborty and any drug peddler.

“During her custody, she was coerced into making incriminatory confessions and that statement was retracted on September 8 itself,” it added. Chakraborty stated that she was interrogated by male officers and not even a single female officer was present during her interrogation.

The NCB had launched an investigation after it received official communication from Enforcement Directorate (ED), in which there were various chats related to drug consumption, procurement, usage and transportation in connection with the Sushant Singh Rajput case.

Rajput was found dead at his Mumbai residence on June 14.