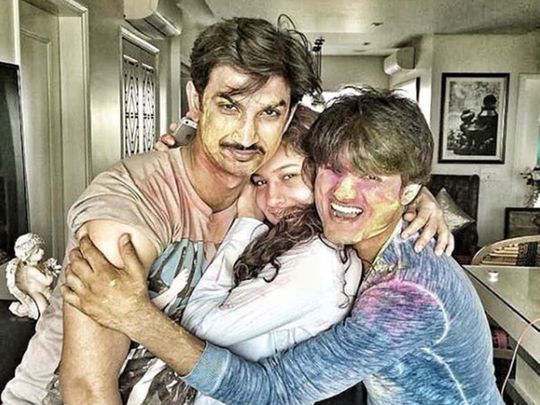 Bollywood producer Sandip Ssingh, who had claimed he shared a close bond with late actor Sushant Singh Rajput, drew flak when the family of the late actor said they did not know him, and it emerged that Ssingh did not even meet or call Rajput in almost a year before his death on June 14. Ssingh has now released WhatsApp chats with Rajput and his family, claiming he did this to clear his stand.

When IANS caught up with Ssingh, he had his explanation ready on why he was not in touch with Rajput.

“He was a star. He was doing ‘Chhichhore’ and ‘Dil Bechara’. From January 2019 onwards I started casting for ‘PM Narendra Modi’. Is that a joke? Was I making a comedy film? It was a big responsibility. What happened during the film’s release, everybody knows. I went through trauma. So I was busy with my work and he was busy with his, but that doesn’t mean we didn’t care about each other. We would have connected once we were free,” claimed Ssingh.

He also said that he made the chats public, because his silence made him fall prey to a media trial and widespread criticism.

“My family is asking me to leave Mumbai, my society people are asking me to leave the society because since the last 20 days the media is crowding in front of my building and banging on my car whenever I go out. People are chasing me at the airport. Why?” he ranted.

Which brings up the rumour that he is allegedly planning to fly to the UK. “I think that is a very small allegation. There are bigger allegations against me, from a BJP leader, and a Congress leader — about molestation, about me being a murderer, about me being a planner, a drug peddler, all these rumours. Every day there has been a new allegation against me, which has brought me into depression. It has broken my confidence and affected my family,” he said.

With questions being raised on Sandip Ssingh’s “purpose” of being present at Rajput’shouse on the day of his death, and making a call to the ambulance driver two days after Sushant’s demise on June 16, Sssingh declares that if such attitude continues, “we will soon lose faith in humanity.”

“Why? Because I did a mistake of going to my friend’s house when I heard the news? And stood by his family when they were in Patna, Chandigarh and the US, and (Sushant’s sister) Meetu didi was alone at home? My mistake was not to think like others who did not come to his house, hospital or funeral? Is it a crime to support his family? In lockdown, in corona I went all out. I am a Bihari, and when we see even a stranger’s body being carried, we offer a shoulder, and Sushant he was my friend,” Ssingh asserted.

He added: “I also went to Irrfan’s funeral. I also went to Sridevi, Yash Chopra, Jagjit Singh and Shammi Kapoor’s funerals. I have been in the industry for the last 20 years, and have made friends. Should I not respect such relationships?”

If Ssingh has now made his WhatsApp texts with the late actor and his family public, why was he silent till now?

“I was ashamed of releasing on social media my chats with Sushant and Meetu didi. It is the worst thing one could do, but I had no option. I have been silent for so many days, listening to abuses. Who gave people the right to abuse my mother and sister? That is why I got angry and decided to come out and speak,” Ssingh said, adding: “People have written I have connections with Dawood. If that’s true then where is the money? Why am I asking other people to fund my films? “

Ssingh believes a “person like Sushant can never commit suicide” because he was “jolly, happy and intelligent”. However, he is non-committal when we asked if he suspects foul play in the actor’s death.

“That’s what the government is after. That’s what the CBI is trying to find out. We should wait instead of arriving at judgements. That is exactly what people are doing to me,” he said.

He added: “My family thinks my career is over. I pray nobody goes through what my family and I went through these last months. I am not able to eat, sleep, work or even step outside my house. The actual lockdown has started for me only now. For days now, the media is standing right outside my house and I don’t know how to handle all these things.”