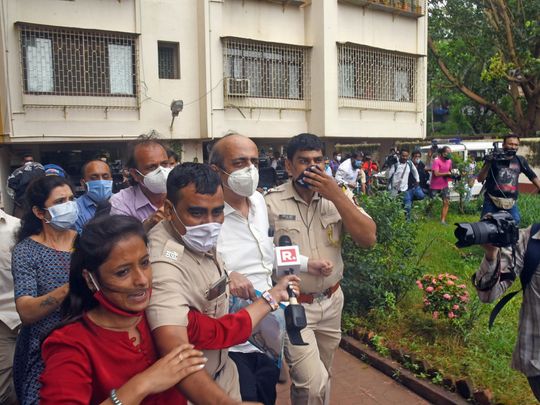 Indrajit Chakraborty, father of actress Rhea Chakraborty, has issued a statement denouncing the arrest of his son Showik Chakraborty, adding his apprehension that Rhea might be next.

“Congratulations India, you have arrested my son, I’m sure next on the line is my daughter and I don’t know who is next thereafter. You have effectively demolished a middle class family. But of course, for the sake of justice everything is justified. Jai hind,” Indrajit, a retired Lieutenant Colonel from the Army, said in the statement.

Indrajit’s statement came a day after his son Showik was arrested on Friday as part of the probe in actor Sushant Singh Rajput’s death along with the late actor’s house manager Samuel Miranda. They are in the custody of Narcotics Control Bureau (NCB) till September 9.

Rhea, who was Sushant’s girlfriend, has been summoned for an NCB grilling on Sunday morning.

Ahead of her arrival for the NCB interrogation on Sunday, the actress’ lawyer Satish Maneshinde issued a statement.

“Rhea Chakraborty is ready for arrest as this is a Witch Hunt and if loving someone is a crime she will face the consequences of her love,” Maneshinde said in his statement.

“Being innocent, she has not approached any court for Anticipatory Bail in all the cases foisted by Bihar Police now with CBI, ED and NCB,” he added.