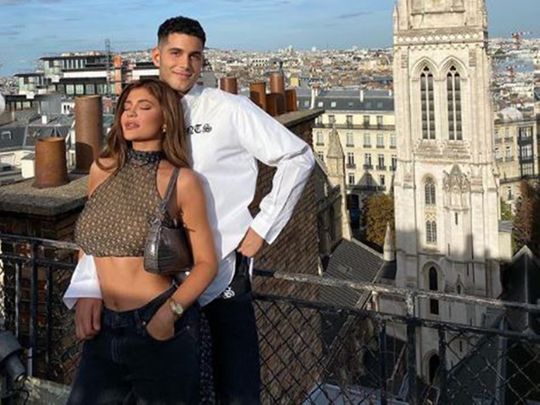 Kylie Beauty mogul Kylie Jenner is rumoured to be dating Palestinian model Fai Khadra after a recent Instagram post on Jenner’s account showed the two cozied up together in Paris.

Jenner’s reps have denied that Khadra is more than a friend, claim reports — but Jenner hasn’t held back from showing how close the two are on social media.

The mum-of-one — who is no longer with Stormi’s father, rapper Travis Scott — is seen resting against Khadra’s chest with his arm around her waist, as they pose together against a Parisian backdrop. Jenner, who has 193 million followers on Instagram, didn’t tag Khadra (1.5 million followers) in the post. She also kept the caption empty.

This isn’t the first time that Jenner and Khadra have made appearances together. They were spotted out and about in California in June, and on a Utah vacation with friends — and sister Kendall — in July.

Born in Riyadh, Saudi Arabia, Khadra is the older brother of twin sisters Sama and Haya, who are part of the fashion duo Simi Haze.

Khadra is set to celebrate his 29th birthday on September 9.