In the latest article from “Beyond the World War II We Know,” a series by The Times that documents lesser-known stories from World War II, the author Alexander Chee looks back at the dark legacy of the Japanese occupation of Korea — and a once-unknown personal connection to it.

I first learned about the decades-long Japanese occupation of Korea in 1985, when my grandfather told me he still dreamed in Japanese. “Granfy’s first language,” he said, referring to himself, as he often did, in the third person by his self-chosen nickname. He regularly spoke of the superiority of Korean language and culture, such that I expected him to bring it up at every visit.

And so this revelation startled me. He didn’t explain this to me, either. I wanted to ask questions, but given how painful it seemed for him to tell me this, I remember thinking questions could wait. How could it matter enough to me, to who I was, to put him through that?

We were in his home in Seoul, a house near Changdeokgung Palace — you could see it over the wall from his roof. My father had just died, and my brother and I were there to visit him and then travel on to our family’s ancestral shrine and pay our respects. This new fact joined other details learned on that trip, from our visits to museums and historic sites: The Seokguram Buddha in the coastal city of Gyeongju, for example, whose forehead once bore a massive diamond, stolen by Japanese soldiers; the palaces of Korea renamed by the Japanese as “gardens” and converted to public parks, many of their buildings destroyed.

I was presented with a carved wooden model of a 16th-century dragon-headed ship, and our grandfather told my brother and me a story of how the Korean admiral Yi Sun-shin had once used it to defeat the Japanese Navy. The theme of this visit seemed to be the greatness of Korean culture and the destruction wrought by the Japanese. I just hadn’t expected that to include him.

These details all formed the edges of a shape whose dark center seemed as if it might always be remote. But now I know that even my hesitation to ask him more meant I was surrounded by that dark center, too — and had lived there all my life.

I was left to puzzle this out on my own, and am still doing that, all these years later. My grandfather’s dreams were just one legacy of the Japanese occupation government’s 35-year colonization program, intent on assimilating Koreans culturally and politically, erasing their language, history and culture. Naisen ittai — “Japan and Korea as one body” — treated Koreans as the lost sibling race to the Japanese, reclaimed to be re-educated.

During the occupation, which officially began on Aug. 22, 1910, Korean newspapers were closed or censored heavily, Japanese language and culture were taught in schools, and Koreans were forced to take Japanese names. And as your Korean name connects you to your ancestors, changing that name meant losing them, too. Many Koreans took their lives rather than change their names. Others lived with the humiliation, maintaining their Korean name in secret.

Many historians cite the so-called modernization of Korea by Japan as the reason for Korea’s postwar prosperity, but the Japanese police, factories and trains were designed only to more easily take Korean timber, rice, fish, coal and cotton to Japan. And the Korean people, too: by August 1945, hundreds of thousands of Koreans had been forced to fight in the Japanese Army, work in their factories, or in the case of the Korean so-called comfort women, forced into sexual slavery.

On Aug. 14, 1945, just over a week after the bombing of Hiroshima, the Korean police announced that Emperor Hirohito would address the public on the radio at noon the next day. The emperor had never once addressed the public. His Aug. 15 recorded speech announced that Japan was accepting the Potsdam Declaration, effectively surrendering. His phrasing was so vague, and his language so formal, though, that the Koreans who did hear the speech had to effectively infer their liberation. The speech never once mentioned the country’s name.

On the afternoon of Aug. 16, the Kyungsung Broadcast Station carried a very different radio broadcast, from An Jae-hong, a Korean independence movement leader, who invited Koreans to “meet our day of light.” Aug. 15 is now Gwangbokjeol, “Return of Light Day,” one of the few holidays observed in both North and South Korea. In the joint celebration resides some hope of celebrating it one day together, as one country.

The end of the occupation and Naisen ittai left behind many Koreans who had never been taught Korean, at a loss for knowing only Japanese. When some tried to make their own Korean flags to wave in celebration, they could not remember the exact way to render it; others had their flags, kept hidden for many years. Publishing houses even lacked for Korean language typesets. The country undertook a vast educational project to undo the one it had suffered through. Dafna Zur’s “Figuring Korean Futures” outlines some of this cultural re-education effort, post-colonization, conducted in children’s literature. I wept after reading that the first issues of Chugan Sohaksaeng, a popular post-colonial children’s magazine, had articles on Yi Sun-shin and his dragon-headed ships, the global superiority of the Korean language, and Seokguram’s defaced Buddha — a more or less exact outline of that 1985 trip to see my grandfather.

The last time I saw my grandfather, in 1999, in Seoul, he gave me a copy of a memoir he had written about my grandmother. He wrote it intending to honor her life and career as a calligraphy artist. Written in the third person, the style is simple and does not often convey their interior lives, but it does describe their lives during the occupation. He told us that he and my grandmother both had premonitions of the occupation’s end, for example, but did not describe them.

By now I had learned about the occupation the way many Korean-Americans do. Inhibited by the silences in our families, we turn to books. But here was something rare: the answers to questions I hadn’t known how to ask, and a way to map my family’s stories into what I had learned of this history, each illuminating the other.

My grandparents had met in Goheung, on the southeastern coast, in elementary school, each born during the first years of the occupation. My grandmother admired my grandfather for standing up to his teacher at school, insisting on the importance of ancestor worship for Koreans — something I had heard before, but now know could have sent him to jail or cost him his life. My grandfather began as a young fisherman, selling his catch at a market held on boats in the open ocean, before learning he could study fisheries at university.

August 1945 found them living near Sinuiju, in North Pyongan Province, along the border with China, just north of Pyongyang, where he had been assigned to work as a civil servant in a fisheries laboratory run by the colonial government. He casually noted that his Japanese superiors represented his work as their own. He smuggled rice, as the ration was too small to feed his family. Even when they had almost no food, he bragged about my grandmother’s skill at cooking.

After learning of Japan’s defeat on the radio, he rushed home and told my grandmother they had to go south immediately. “The Soviet Army entered Sinuiju at the end of August,” he wrote of his country’s division at the 38th Parallel between the United States and the Soviet Union.

He obtained permission for a “business trip,” and my grandparents left with their children on a 12-ton boat named the Gipungwhan — a fisherman, he noted the boat’s name and weight. He did not say he believed they were in danger, but his three friends, who surprised them at the dock, asking for passage with their families, indicated they were.

Together they passed safely down the coast, past the Communists, surviving a storm that nearly sank the boat before finally arriving at Incheon harbor. U.S. forces met them and directed them to take the train — free, he observed — to Seoul.

When he learned that the friends who had escaped with him would have been taken to the Soviet Union if they had stayed in Sinuiju, he decided not to return“and asked the captain to safeguard his photo albums and notebooks until they could meet again after the reunification of the North and the South.” He did say he understood that he could not return only after he had left.

I sometimes wonder if those belongings are still there.

There are little mysteries I understand differently now, all these years later. Visits to my family in Korea often meant dinners where I would be told, always, what we were eating, no matter how many times they’d seen me eat it before. Now that I know other Korean families do this, I wonder if it is all some relic of a time when the children had to learn the names of the food they could now eat again. The Korean-American habit of quizzing one another — When was the last time you were back in Korea? Do you speak Korean? Do you read it? What food can you make? — now feels to me like the drills of people studying for a more Korean future than the one they had had.

And the more openly didactic qualities of my visits with my grandfather — always being told that Korean culture or language was superior, for example, which once felt to me like his way of chiding my father for leaving for the United States and not teaching us Korean — I now understand as the act of a man who still woke from dreams in Japanese, who had lived to see a future where his son, also born during the occupation, could decide not to live in the country once lost to them, could decide not to teach what was once forbidden for them to learn. And his grandson might never know.

Alexander Chee is author of the novel “The Queen of the Night” and the essay collection “How to Write an Autobiographical Novel.” Additional reporting by Betty Kim. 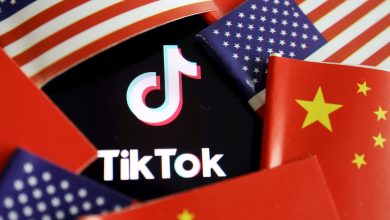 Trump and other world leaders find problems with TikTok 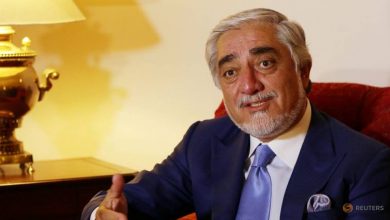 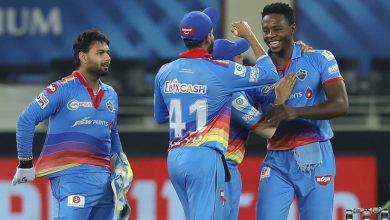 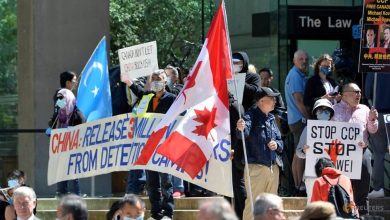