1. Apologies in advance, but I’m going full Debbie Downer here, so feel free to skip to the next item if you’d like.

Kirk Herbstreit gave a radio interview Monday during which he said ESPN still plans on taking the always enjoyable College GameDay on the road this season, but without fans surrounding the set.

While watching sporting events without fans or with virtual fans is bizarre more than anything, watching College GameDay without fans will be flat-out depressing.

Outside of pro wrestling, there has never been a sports show that has relied more on fans than College GameDay. And maybe that’s because there are a lot of similarities between WWE and College GameDay.

They are both built on energy, atmosphere, signs in the crowd, characters, and somewhat unhinged fans.

Without fans, we’ll still have the College GameDay characters, although I’m going to guess right now that 85-year-old Lee Corso will not be making any trips to college campuses this season and ESPN will have him do his headgear bit virtually.

While I give ESPN credit for its “the show must go on attitude” and I understand why they’d go forward with this plan (even though I think they should just do the show from a studio), it’s going to sting each and every Saturday morning when you tune in and see Rece Davis, Herbstreit, Desmond Howard and Corso all by themselves or surrounded by ridiculous virtual fans instead of college kids.

Nothing is normal in 2020, including sports. We will get a harsh reminder of that anytime we check out College GameDay this season.

2. LeBron went DEEP for a three-pointer Monday night, which led to a couple of his teammates doing an investigation to find out just where the King was when he took his shot. Also, the local broadcast call of the shot was excellent.

3. This seems like a pretty serious fear to have if you’re a Major League Baseball player who has to fly constantly.

4. Clearly, you can’t give less of a you-know-what than Earl Thomas gives when you come up with this excuse for missing work.

Hernandez, who calls Mets games for SNY, took a lot of heat for siding with the Rangers and Padres manager Jayce Tingler against Fernando Tatís Jr., after Tatís hit a grand slam on a 3-0 pitch with the Padres up 10-3 in the eighth inning.

However, Hernandez explains on the podcast that he’s rethought his position and has a different take now.

The former MVP also shares several awesome stories about his legendary cameo on “The Boyfriend” episode of Seinfeld. Hernandez talks about how Larry David helped him deliver his memorable “I’m Keith Hernandez” line while also coming clean about his Seinfeld fandom.

6. RANDOM VIDEO OF THE DAY: If you watched the Republican National Convention on Monday night and thought one speech sounded a little familiar, this is for you.

7. SPORTS VIDEO OF THE DAY: The history of College GameDay signs. 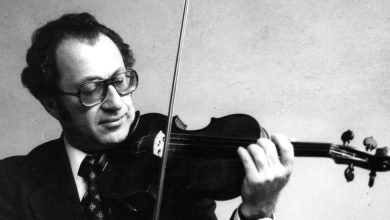 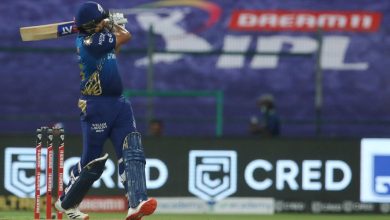 Kanye West’s daughter is the new star of the runway
March 5, 2020

Kanye West’s daughter is the new star of the runway