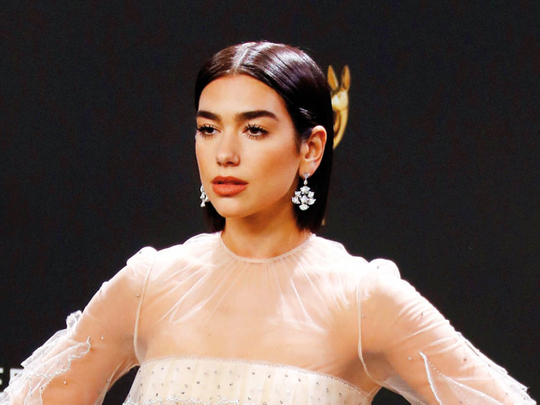 Anwar Hadid shared a sweet Instagram post wishing Dua Lipa a happy birthday on Saturday — and so did his famous family.

The 21-year-old model wrote a gushing message for his pop star girlfriend after she turned 25.

“4 my love!!!! Happiest of birthdays!!! LOOKI THAT SMILE!!! Woweeeee!!! LOVE YOU ENDLESSLY LETS HAVE A BLAST,” wrote Hadid under the post, sharing several images with Lipa, including a casual snap in a convenience store.

Not only did Lipa’s boyfriend wish her a happy birthday, but his family did too.

Sisters Gigi Hadid and Bella Hadid, as well as dad Mohammed Hadid, all took to Instagram stories to send love to Lipa on her special day (August 22).

“Happy birthday to the cutest, smartest, most hard working, loving, genuine and generous bean of all time. You are sweet as pie … a blessing to our fam and the world. Love u sister,” wrote Bella.

So, how long have the pair been together? Hadid and Lipa ignited rumours that they were dating in June of 2019, when Lipa had attended Hadid’s birthday party.

They went Instagram official in August last year — and they haven’t been shy to share their romance on the internet, often posting PDA-packed posts of admiration for one another.

Lipa later admitted that Hadid had slipped into her DMs prior to their dating, so Instagram has played a significant part in the couple’s relationship.

This July, the pair took their relationship to the next level and adopted a puppy together, naming him Dexter. Most recently, Hadid appeared in Lipa’s music video for ‘Levitating (feat Madonna and Missy Elliott) [The Blessed Madonna Remix]’.