Sports went away and then returned to empty arenas during the past five months of the coronavirus pandemic, pushing fans ever further to the periphery of professional sports.

And yet a funny thing has happened — for the first time, the true value of live spectators has become abundantly clear.

They are not the hundreds of dollars they spend on tickets, food and parking. They are critical extras in the backdrop of an entertainment proposition that in recent years has more squarely catered to viewers watching on television, cellphones and other devices.

Without a capacity crowd cheering in person — collectively — professional sports don’t just lose their excitement. They lose their meaning.

Walk-off grand slams now have all the emotional stakes of a first-inning single. U.F.C. fighters get no response from leaping atop the cage after a knockout, so they don’t even bother. A buzzer-beater for a team trying to make the playoffs generates all the atmosphere of cars whizzing by on a distant freeway.

“Just like the coronavirus has revealed the underpaid, unsung roles of people like nurses and grocery store employees, I think now that the virus is also revealing the underappreciated value that fans bring to the sports equation,” said Mack Hagood, a media studies professor at Miami University in Ohio, who has studied the effect of Seattle Seahawks fans on the football team.

In the past century, the economy of sports has mutated from a live-events business into a media business. The health crisis has deprived stadiums and arenas of their fundamental utility — bringing thousands of people together — and hastened a weird, apocalyptic media future: sports telecasts with simulated audio provided by video game companies, and cardboard or virtual fans in the stands.

Assuming fans return someday, a changing role for them may be one of the lasting effects of the coronavirus crisis, reorienting how they are seen by the teams and the leagues that profit from them. Thousands of fans in a stadium provide the atmosphere and are a key part of, and often create, entertainment that is worth billions to leagues.

Rich Luker, a social psychologist who studies sports fandom, described a finding of Major League Baseball Advanced Media, the league’s media and technology arm known as Bam, which, among other things, supplies game highlights online. When Bam looked at the most viewed plays each night, “they were surprised early on at how many of them were not what the players did, but what the fans did in the stands,” Luker said.

The mother who saves her child from a foul ball. Dance-offs between strangers on opposite sides of an N.B.A. arena. A Three Stooges-like concessions mishap. Fans at home want to watch these moments as much as any home run or amazing catch.

“It legitimizes the experience,” said Travis Vogan, a professor at the University of Iowa who studies sports media. “You are connected to these people that are closer to the event.”

Sports television producers lean into this idea. They show close-ups of attractive people in the stands or fans wearing full-body paint. They use aerial views from the Goodyear blimp to show a packed house, reinforcing that the game is the place to be.

The events themselves have grown into entertainment spectacles, with mascot races, halftime shows, enormous Jumbotrons and numerous fan activities that have little to do with the games. Even a century ago, broadcast sports incorporated similar flair for fans tuning in from home, sometimes bending the truth for the sake of excitement.

When baseball was first heard on the radio, beginning in the 1920s, it was too expensive for stations to cover road games. Instead, they would receive pitch-by-pitch information by telegram, and announcers at the station punched up the basic transmitted information by more or less making up what happened. They created sound effects by hitting wooden blocks.

In some ways, what you hear watching a modern sports telecast is similarly manufactured, the product of dozens of microphones and the decisions of an audio engineer in calibrating their levels. The cheering from another dismal crowd at Marlins Park can be cranked up to make games seem packed. Microphones in the shoulder pads of offensive linemen pick up audibles, like when quarterback Peyton Manning famously yelled “Omaha” repeatedly. The crowd makes that televised game feel real.

“Regardless of the pandemic, one of the cardinal rules when showing a game is you want there to be atmosphere,” John Entz, the former president of production at Fox Sports, said. “There is nothing better than a packed crowd with a great audio bed that is natural and they are cheering.”

What fans hear at home, though, does not remotely resemble what any fan in attendance actually hears. The reality of that audio can even morph into a metaphysical debate.

“Just because that sound, for the entire history of sports media, has been carefully managed and manipulated to have that affect on you doesn’t mean it is not authentic,” Hagood said. “There is no such thing as an unmediated reality. Even just you and I standing next to each other watching a game, we are going to get two different versions of it.”

Fans who cannot attend a game in person go to great lengths to recreate the experience. They watch in sports bars and invite friends over for big games. They wear their team’s jerseys and talk about the action on Twitter and group texts. And when they watch, they relate to the fans in attendance.

Before he became president of ABC Sports, Roone Arledge, the father of modern sports broadcasting, produced lowly attended American Football League games in the 1960s. After the punter kicked the ball away, Arledge would have the camera cut directly to the return man, instead of following the arc of the football through the air. He knew if fans saw the empty seats, they wouldn’t be as immersed in the game.

As soon as sports broadcasts began to earn money, the needs of television production began to overtake those of fans. In 1958, the N.F.L. created the TV timeout, where a break was written into the rules of the game to give broadcasters time to show commercials. The time between a touchdown and the subsequent kickoff was also lengthened for commercials.

The live sports experience has been degraded in other ways. Fans are milked through expensive tickets, eye-watering concession prices and exorbitant parking fees. Football fans have to pay a fee, euphemistically called a personal seat license, for the privilege of paying even more money to buy season tickets.

European sports fans are more committed than their American counterparts to throwing their bodies upon the gears and the wheels of the sports machine. In Germany’s Bundesliga, for instance, clubs like Bayern Munich must be majority owned by fans, not a billionaire or a corporation, and fans have routinely protested the high cost of tickets (which is still generally much less than what Americans pay).

“Football without fans is nothing,” they paint on signs and chant. They are speaking of nothing less than the soul of professional sports. They are probably right, but their argument is losing purchase in Europe and has never taken root in America.

That may change given the uncertain prospects for sports growth in the United States, with no clear expectation for the ubiquitous return of regularly scheduled events with large crowds.

The fanless alternative for sports has led to some innovations in presentation, like the N.B.A.’s reimagining of what a basketball court can look like, and the drone camera at Major League Soccer games. But most of that innovation has been incremental.

“A lot of the stuff you are seeing on air has been worked on for many years,” Brad Zager, the head of production at Fox Sports, said. “This just sped it up.”

Instead, the sports industry has mostly worked hard to make games taking place under the most abnormal circumstances seem as normal as possible. The stands are filled with cardboard cutouts and dolls, and Fox has even experimented with showing computer-generated fans. Fan shots are out, and camera angles are focused tighter on the players. Video game companies, like Electronic Arts, have been recruited to lend their audio libraries.

In 2000, CBS was criticized for adding artificial bird sounds to its telecast of a golf tournament, and promised to cease doing so. Twenty years later, almost everything is artificial.

And no matter how hard producers try to convince viewers that everything is normal, it takes only a few minutes of watching for the artifice to inevitably reveal itself. Without fans in the stands, meaning is hard to find.

Tanker off UAE sought by US over Iran sanctions ‘hijacked’ 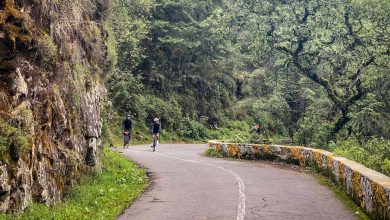 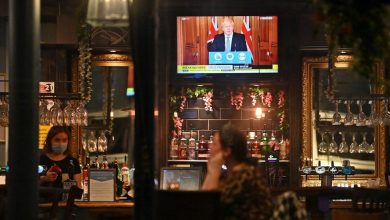 What UAE fans of K-Pop are listening to…

Pakistani film crew stranded in Thailand due to coronavirus
April 13, 2020

Pakistani film crew stranded in Thailand due to coronavirus

With hand sanitizer nearby, Dubai Comic Con gets ready for coronavirus
March 6, 2020

With hand sanitizer nearby, Dubai Comic Con gets ready for coronavirus