SI.com’s Week in Wrestling is published every week and provides beneath the surface coverage of the business of pro wrestling.

John Cena has been away from WWE programming since April’s WrestleMania 36, but he has paid close attention to the weekly product that originates out of the Performance Center in Florida.

Cena, no different than any other viewer at home, is still adjusting to WWE shows without a crowd.

“I’ve always said that the most important superstar is the audience,” said Cena. “I don’t think we’ve ever seen a better indication of that than right now. The program is different.”

The most successful talent of his era, Cena’s work has defined the WWE product over the past decade-and-a-half. His promos and fan interactions, which, positive or negative, always elicited a fierce reaction, were integral to his ability to connect with the crowd.

Though his look has largely remained the same over the course of his career, Cena has constantly embraced change, finding a way to create uniquely compelling content. As he watches WWE’s empty-arena shows at the PC, he continues to search for the best way to capitalize a new version of a well-established product.

“I firmly believe that not only will it survive, it will thrive, but it has to, as an entirety, embrace this process,” said Cena. “I believe they’re beginning to do that. The longer they go without an audience, they need to transform as an entirety what sports entertainment is. I think they’re in this weird sort of middle ground, where they don’t know when crowds will be let back in. If you truly commit to a paradigm shift, that may scare away the normalcy the viewers are used to seeing. So you kind of have to operate like there is an audience, but there isn’t an audience.

“It’s a very weird time. I don’t think they’ve committed to transition yet, and that’s absolutely justifiable because, eventually, people will be let back into turnstiles. It’s very complicated. There isn’t a clear-cut answer to be like, ‘Just do this and it will be better.’”

Cena was also excited to share that his animated Dallas and Robo show has begun its first run on cable, airing Saturday nights on the SYFY channel. Cena plays the role of an artificially intelligent robot named Robo, and he enjoys wonderful chemistry with co-star Kat Dennings, who handles the role of Dallas with charm and humor.

“I love the casting, I love the project, I thought this had everything necessary to be something special,” said Cena, who saw the show premiere on YouTube Red in May 2018 but then remain stagnant until SYFY’s acquisition of it last month. “It didn’t immediately pan out the way I wanted, and now we have a second life on SYFY.”

Cena relishes the chance to embrace his acting opportunities, and he poured in a tremendous amount of consideration on how Robo could best connect with viewers. The lens he uses in acting is the same he uses to build his stories in WWE. He never thinks of characters as babyfaces and heels, but rather searches for the timeless struggle between good and evil.

“I don’t want to get locked into the dimensions of strictly wrestling,” explained Cena. “I don’t even view sports entertainment as wrestling, I view it as sport and entertainment. I think that’s one of the small, subconscious vehicles that allows me to look at things in a bigger scope and challenge myself to grow and take risks. I don’t use industry terminology, I don’t look at it like that. I really think the narrative of good versus evil is an important one, and certainly one that everyone can relate to with a lot of gravitas. That’s the nucleus of sports entertainment.

Cena briefly embraced his the dark side at WrestleMania 36 in his cinematic “Firefly Fun House” match, donning an NWO shirt and too-sweeting Bray Wyatt in an unorthodox match that explored all of Cena’s worst fears and failures, like his bodybuilding past, rap career, retirement and even turning heel. It was a bold performance, as Cena put a tremendous amount of effort into making the first-of-its-kind WrestleMania match memorable.

“I’ve had many experiences and many stories in WWE over my tenure there, and a lot of it has been embracing conflict and embracing the tale of good versus evil,” said Cena. “This isn’t the first time I’ve done something like this. For the viewing audience, it was the first time they’d seen a cinematic depiction of this, but this isn’t the first time that we’ve seen a conflicted John Cena character. As with all the opportunities I get in WWE, I never try to be complacent and I always like to push the envelope. This was an instance where we could do just that, and I think we put forth a product that certainly got people’s attention and got people talking.”

The finish saw The Fiend atop Cena, with his mandible claw neutralizing the 16-time WWE Champion. The dream/nightmare sequence then came to a sudden end when Wyatt counted the pin fall, which led to Cena vanishing from the ring, disappearing from WWE programming, and perhaps remaining stuck in the upside-down world of the Funhouse.

“It left a lot of questions,” said Cena. “It wasn’t just single-serving, it is something you can go back and watch and enjoy. Those are some of the best efforts.”

Cena does not hide his respect or admiration for Wyatt, who he believes has stood out due to his endless creativity and imagination during the empty arena shows on SmackDown.

“Bray is obviously doing a great job,” said Cena. “And Seth Rollins has done an unbelievable job of adapting to a crowdless environment.”

When asked if he could offer advice for the talent working at the PC and how they should seize hold of this peculiar stretch to make themselves better, Cena emphasized the importance of focusing on the nuance of each individual story.

“The key is knowing your audience,” said Cena. “I worked a lot with the live audience, many times against the wishes of what a lot of people told me. I believe if the live audience is having a good time at a live event, then you as a viewer at home are having a good time. There were numerous times when, against many people’s wishes, I would involve a live audience and make sure they knew, 1.) I was listening, even if it wasn’t flattering to me, 2.) I understood, and 3.) I tried to incorporate. Now with an element that does not have a live audience, as a performer, you have to focus on what’s in front of you.

“It’s almost like movie-making. The biggest difficulty for me is not playing to the people in section 312. There are no people anymore. If there is ever a time to commit to story, this is it. A lot of times when there’s an audience, you really can lean on your ability to produce action. You cannot do that now. The viewer at home no longer gets caught up in the energy of the live crowd.

“It’s literally asking someone to unlearn what they’ve learned, and that’s a bold risk. And a lot of people are not comfortable taking those risks. But I think the more people embrace story, even when there is none—and that doesn’t mean, ‘Well, the creative team didn’t provide a story, that means there is no story.’ No, I’m living proof that is not the case. You just have to use your imagination. In this realm, imagination is king. Action will not drive the product forward. It has to be imaginative, and it has to be well-presented.”

There are no current plans for Cena to return to WWE, but that inevitability will inevitably occur no later than next spring’s WrestleMania. Until then, Cena hopes wrestling fans will join him every Saturday night on SYFY for a much different presentation of a character they know so well.

“Be unbridled, let your guard down, and maybe whatever stress you’ve had for the week or whatever baggage you’re carrying with you, SYFY is giving you a chance to lighten the backpack. They do it through the whimsical imagination of animation. That’s why I’m really happy that Dallas and Robo has found a home, and I hope everybody enjoys it.”

Eric Bischoff made his AEW debut last Wednesday on Dynamite, moderating the debate between Chris Jericho and Orange Cassidy.

Bischoff’s appearance marked his first return to TNT in two decades. The former president of World Championship Wrestling set the industry aflame in the mid-1990s with Nitro, creating a compelling product built around the New World Order, Sting, Goldberg, and Ric Flair, as well as emerging stars like Booker T, Eddie Guerrero, and even a young Jericho.

“That moment really meant a lot to me,” said Bischoff. “There was the rush of getting back out in front of a camera and performing again. That’s something I really miss, and this was fun. Performing on camera is very different than performing in front of a crowd, so I focused on subtle reaction and nuance instead of being an over-the-top character. I played the straight man in that role [moderating the debate], and it was a blast.

“The other highlight for me, honestly, was being backstage in an entrepreneurial, creative environment, without the pressure and the burden, frankly, of having something so overly produced and overly scripted that you can’t explore. Even though I was there for an eight-minute segment, it was that ability to have a little bit of flexibility with my role that made it a lot of fun. Cody was the first guy to reach out to me, and I thanked him and said, ‘Thanks for the opportunity to play again.’”

Nitro famously defeated WWE’s Monday Night Raw in the television ratings for 83 consecutive weeks, which is why Bischoff’s podcast with Conrad Thompson is aptly named 83 Weeks. AEW lead broadcaster Jim Ross mentioned the podcast during Dynamite, and Bischoff noted that Thompson has certainly had an impact on his career.

“Had it not been for Conrad convincing me that a podcast could work, and had it not been for Conrad putting in the work and the time to make the podcast successful, I wouldn’t have been on Dynamite,” said Bischoff. “I wouldn’t have been there, and I recognize that. People should know, Conrad Thompson is a silent powerbroker in his own way. I’m grateful I’m on the Conrad Thompson team.”

For now, Bischoff confirmed that the appearance was a one-off. But in wrestling, it is wise to never say never, and Bischoff left the door ajar for a potential return.

“I had fun, people reacted well to it, and it helped the show, so as a performer, that’s all I could hope for,” said Bischoff. “If the phone rings and it’s an opportunity that makes sense for everybody, then of course I’d be grateful for that opportunity. But I’m not holding my breath, either.

“I’m 65 years old, and there’s not a lot of room for someone like me. I can take a bump or two, but I can’t get in the ring and have a match, so as a result of that, there is limited opportunity for someone like me. So if it happens, great, but if it doesn’t, then I’m thrilled that the last time I did it was a blast.”

The (online) week in wrestling

Bret Hart shared a wonderful tribute for James Harris, who beautifully captured the essence of pro wrestling by making fans (myself included) believe in the frightening aura of Kamala. 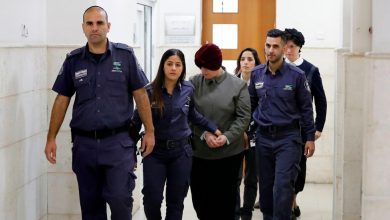 Israeli Accused of Sex Abuse in Australia Can Be Extradited, Court Says 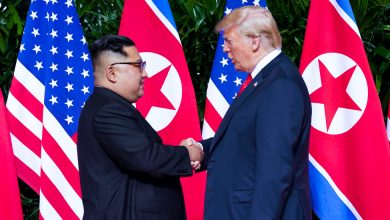 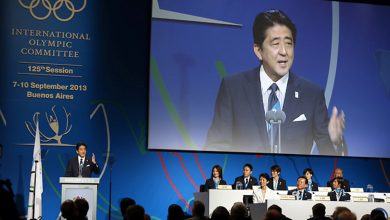 Missing Comic-Con? Check out awesome costumes over the years
July 20, 2020

Missing Comic-Con? Check out awesome costumes over the years