Health officials on Sunday said New Zealand had marked 100 days with no new reported cases of local coronavirus transmission, a major milestone as outbreaks persist around the world, including in neighboring Australia.

New Zealand said in March that it had stamped out the virus after strict lockdown measures were put in effect, and there has been no community transmission since. There are still 23 active cases in managed isolation, according to the Health Ministry.

Public life has resumed for many people in the country, as they go to restaurants, bars and sporting events. But experts caution that letting down their guard now could lead to future outbreaks.

Hong Kong and Chinese officials by turns condemned and mocked a move on Friday by the Trump administration to impose sanctions on Hong Kong’s chief executive, Carrie Lam, and 10 other senior officials for their roles in a crackdown on the city.

The officials dismissed the possible impact of the penalties, while also calling them “barbaric interference” in China.

U.S.-China relations are at a low point, and the sanctions follow the Trump administration’s decision on Thursday to penalize TikTok and WeChat, two of the most successful apps to come out of China.

Demonstrators and security forces clashed at a protest on Saturday that was fueled by fury over the corruption of elite leaders and that started after the deadly and destructive explosion in Beirut’s port last week.

By nightfall, protesters had stormed three government ministries, a handful of legislators had resigned and the prime minister had called for early elections. It was a sign that the crisis could shift the political system.

Many protesters considered the blast, which killed at least 154 people and displaced hundreds of thousands, to be another sign of the negligence of the top brass. The country was already grappling with a sinking economy and soaring inflation and unemployment, as well as a spike in coronavirus cases. The U.S. and France are sending aid.

What we know: Officials suggested the blast was caused by the detonation of some 2,750 tons of ammonium nitrate fertilizer stored in a warehouse at the port. President Michel Aoun said the explosion could have been caused by a bomb or “foreign interference,” without providing further details or evidence.

If you have some time, this is worth it

The death of the fashion industry

Clothing sales fell by 79 percent in the U.S. in April, the largest slump on record. But purchases of sweatpants were up by 80 percent.

What we’re reading: This New Yorker article about Isabel Wilkerson’s “Caste: The Origins of Our Discontents,” a new book that argues that racism is a sign of a hidden caste system.

Cook: Eggplant focaccia is lighter and fresher than pizza.

Listen: Check out new music from Burna Boy, the Nigerian songwriter whose fans include Beyoncé and Sam Smith. He has an album out on Aug. 13.

Relax: To alleviate at least some of your anxiety and stress, try our five-minute coping strategies.

At Home has our full collection of ideas on what to read, cook, watch, and do while staying safe at home.

Reporting with an expertise in explosions

Last week, after a deadly explosion in Beirut that the government attributed to 2,750 tons of ammonium nitrate fertilizer, our reporter John Ismay started running the numbers. His military background has helped in several recent stories that involved identifying the sources of explosions. The article he wrote about it for Times Insider is excerpted below.

The 10 months I spent learning the basics of being a bomb squad technician in the early 2000s became an asset when the first videos emerged on Tuesday of the explosions on Beirut’s waterfront.

I watched and rewatched the videos for clues about what might have happened, texted buddies I’d served with and posted queries in a couple of Facebook groups that were open only to current and former bomb techs.

We observed footage of two separate events. The first was a fire with white smoke and small pop-pop-pop explosions, like firecrackers, going off in the blaze. The second was an explosion with an eruption of reddish-black smoke, sending a powerful shock wave through the city. While social media ran wild with speculation, we stuck to what we knew: analyzing explosives and measuring their destructive effects.

To gauge the expected blast and fragmentary effects of exploding munitions, we were trained to determine first which explosive material was present and then calculate its comparative weight in TNT to use as a common reference point. After that, the rest is simple math. But for ammonium nitrate, a fertilizer stored in bulk, there is no simple textbook answer.

There were multiple factors to consider — including how the fertilizer might have degraded after years in relatively open storage near the water and whether there were other compounds present that may have contributed to the blast — so I had to interpret them as best I could.

The worst-case scenario I proposed was that these thousands of tons of fertilizer had about 40 percent of the power of TNT. I built a spreadsheet that calculated how strong the blast would be at various ranges and what the resultant damage might be at each. I shared it with colleagues while they were busily geo-locating videos of the aftermath taken from social media posts.

My 40 percent figure seems to have held up, given the video evidence I’ve seen so far. In much smaller quantities, burning ammonium nitrate might not explode. But similar incidents around the world have shown that when thousands of tons of it catch fire in a contained environment, the additional heat and pressure can lead to a mass detonation.

P.S.
• We’re listening to “The Daily.” Our latest episode features Jack Dorsey, Twitter’s chief executive, on the company’s mistakes.
• Here’s our Mini Crossword, and a clue: Animal that can sleep up to 22 hours a day (five letters). You can find all our puzzles here.
• The Times received 14 Emmy nominations for work published on our site, and our television show, “The Weekly,” was nominated for nine awards. 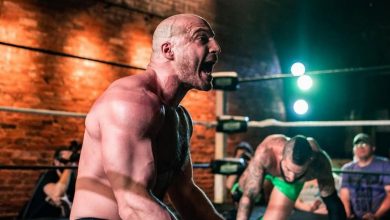 Wrestling and coronavirus: Indie performers out of work amid pandemic 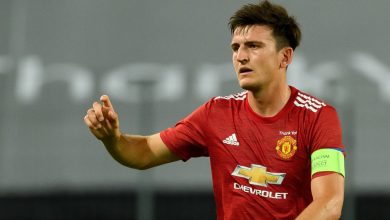 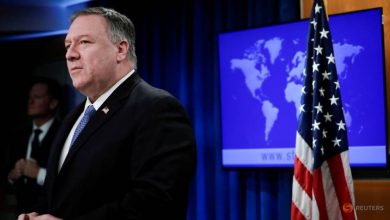 How Raveena Tandon filmed at home amid COVID-19 pandemic
July 15, 2020

How Raveena Tandon filmed at home amid COVID-19 pandemic