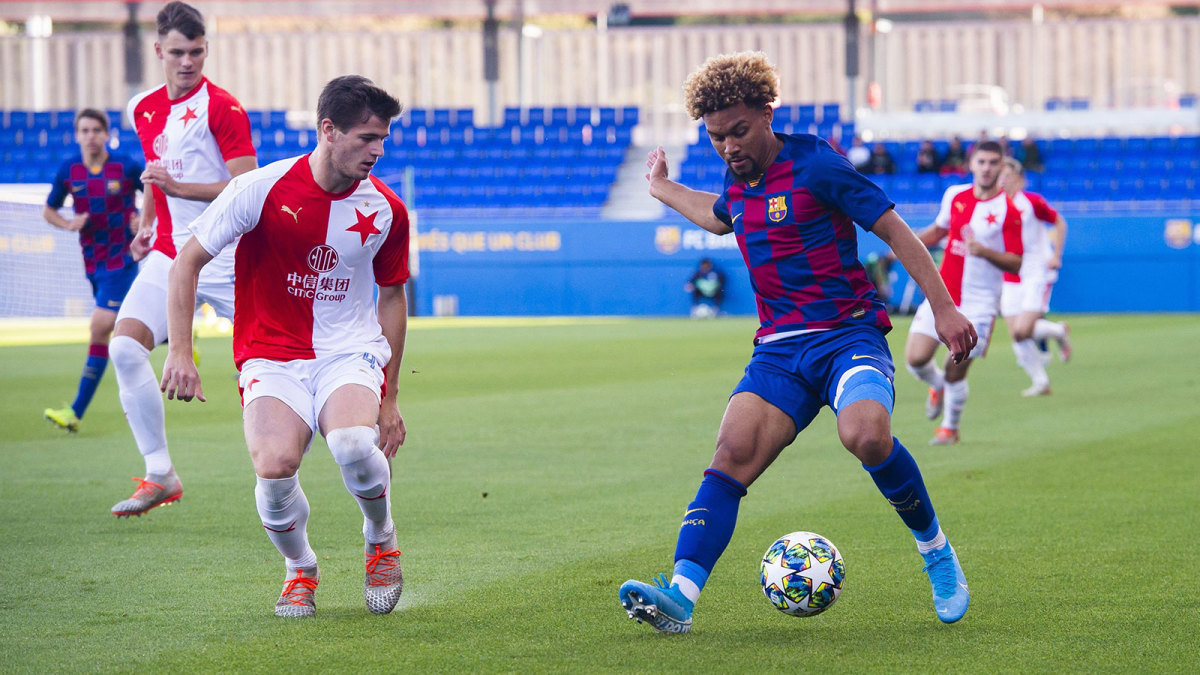 Barcelona and Napoli will play Saturday at Camp Nou, level at 1-1 on aggregate after the first-leg draw in Italy back in February. The 19-year-old de la Fuente, who has come up through Barcelona’s La Masia academy and played as high as the Barcelona B team in Spain’s Segunda B third-tier league, finds himself in the mix on the bench at Quique Setien’s disposal.

“It has always been my dream to play for the first team, and that is why I want to stay here—to try to achieve it,” de la Fuente said upon signing his new deal in late June.

By being on the bench, he’s one step closer, and the promotion to the first team should trigger a stipulation of his contract that raises his release clause to $118 million (100 million euros) from $59 million (50 million euros) based on the language of Barcelona’s contract announcement.

De la Fuente joined La Masia when he was 12, two years after his family moved to Barcelona because his father was transferred to the Haitian consulate in the city. He’s the second American at the famed academy, following Ben Lederman.

He was one of the youngest players on the USA U-20 World Cup team that reached the quarterfinals in 2019, and he has considerably high goals, telling Sports Illustrated in November of last year that, “In the near future, I want to become a professional player as soon as possible. In the long term, I want to win a World Cup with the USA and be the best player in the world.”

Whether he remains in the first-team picture for the long-term remains to be seen. Presuming he reverts back to Barcelona B, he’ll remain in Spain’s third tier after the club narrowly missed out on promotion to the second-tier Segunda Division by losing in a playoff to Sabadell. De la Fuente scored twice in the quarterfinals of the promotion playoffs to help inch Barcelona B closer to its target.

Should Barcelona beat Napoli on Saturday, it will face either Bayern Munich or Chelsea in the quarterfinals, with Bayern carrying a lofty 3-0 edge after a first-leg rout in London.