For all the headline-grabbing brilliance of Mohammad Abbas and Shaheen Afridi, or the feats of resilience from Shan Masood, there’s a good chance Pakistan wouldn’t have walked away from today’s play with quite as chipper as attitude had a certain punt not paid off.

The decision to include Shadab Khan in the side was debatable for its bowling merits alone; no side had won a Test in England playing two legspinners in almost six decades. That his inclusion had come at Fawad Alam‘s expense, effectively placing considerable pressure on Shadab to prove his worth as a batsman, too, was a gamble many felt had gone too far.

He would be tested in the most challenging of circumstances, with Pakistan having lost three wickets early on, reduced to 176 for 5 when Shadab strode out. And while a few early ungainly hacks appeared unpromising for Pakistan’s prospects, and his own, the partnership he went on to strike with Masood would change the course of the match, perhaps decisively. The two put on 105 together, and Shadab fell just five shy of a third half-century in England. Either way, the momentum had reverted back to Pakistan, and Misbah, the man who made that call, said the legspinner’s presence provided a level of balance the team had lacked for a while.

“For a long time, we struggled to find the right combination for the team,” Misbah said. “We were either a bowler or a batsman short, Looking at Shadab in these conditions, we thought there might be some help to the spinner. He’s already got three fifties in Test matches, and he’d batted really well in England. The way he batted in the practice games also gave us belief he could excel in that role. That was the reason, and we also know he’s an excellent fielder, so he’s a very attractive package as a whole. He gives us a lot of balance in our team once he’s there at 7.”

Masood, the man alongside him throughout that partnership, agreed, pointing out the increased urgency, particularly when it came to running between the wickets, was crucial to flustering the home side.

“The plan was to capitalise on the platform that had been set yesterday and convert it into a 300-plus total,” he said. We lost a few early wickets, but I’d like to praise Shadab for how he batted. There was a little phase of five overs or so just before the new ball which we really managed to make the most of, scoring at almost a run a ball. We ran very well between the wickets, and that put the opposition under pressure. Whoever was set needed to stretch it as far as they could.”

Of his own batting, Masood was also pleased. “It’s definitely one of my best innings. To be able to score these runs in England is satisfying. But this is just the end product, you don’t see all the preparation we all put in. I’d just like to see us win this Test match, and if we do, I’m more than happy to consider it amongst my best knocks.”

However, it is Pakistan’s trademark skill that has put them in the near-impregnable position they find themselves in. Afridi nearly struck twice in his first two overs, with Joe Root needing to overturn an lbw appeal to extend his stay at the crease. Abbas at the other end was even more devastating, sending Dom Sibley packing before a gem of a delivery sent England’s star man Ben Stokes back to the pavilion without scoring. Misbah warned his side still had a way to go before they could consider their work in this Test match done, but felt the evening’s performance meant they had a handy head start.

“I’m really pleased with them. They put the ball in the right areas. Abbas now has a very good reputation in international cricket. He’s got great control and can move the ball off the seam both ways. They lived up to their expectations today, while Shaheen is our standout bowler, and he did very well in his own right. It’s crucial to take wickets with the new ball, especially when the game is tight and you don’t have a huge number of runs on the board. By taking those early wickets, they gave us the advantage.” 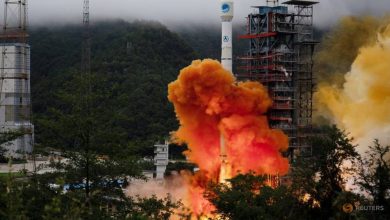 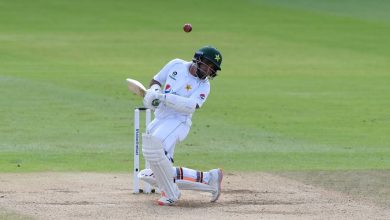 Abid Ali: ‘My target was to bat time and make it easier for the other batsmen’ 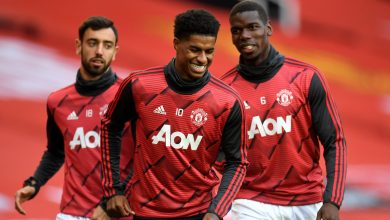