All this has happened, critics say, at an unlikely place: The Canadian Museum for Human Rights in Winnipeg.

In recent weeks, the museum has been engulfed by accusations of discrimination and harassment. And on Wednesday the museum released a report from an external review, which concluded that “racism is pervasive and systemic within the institution.”

For a museum devoted to documenting the history of human rights, the report was a stinging rebuke.

“This is a tainted place as far as I’m concerned,” said Barbara Nepinak, an elder of the Pine Creek First Nation who is a member of the Special Indigenous Advisory Council to the museum. “But it can be fixed and I strongly believe it will be fixed.”

In June, museum officials had admitted they had accommodated requests from school groups to exclude, or even hide, content they might find objectionable and issued a public apology. The institution’s president stepped down, too.

After Wednesday’s report, Pauline Rafferty, the museum’s chairwoman and acting chief executive, vowed to take several immediate steps, including the establishment of a diversity and inclusion committee.

“We’ve accepted the report’s findings in full and the recommendations in principle” she said. “The opportunity here is to make systemic changes but it will take time and it will be very hard work.”

Still, the review is the fourth in the institution’s short lifetime, making many people skeptical that systemic discrimination will be corrected, even at a place built to inspire visitors to combat it.

Armando Perla, a curator who worked at the museum for years, said he was disappointed that the review did not recommend removing a broad swath of the museum’s management but instead focused on training.

“No amount of training is going to fix the managers,” said Mr. Perla, who is now head of human rights at the Montreal Holocaust Museum.

The museum opened in 2014 in Winnipeg — a Prairie city with a large Indigenous population. It is a stunning landmark in the city, with its illuminated “spire of hope” visible from afar, and thousands of glass panels swooping around its limestone walls to resemble the folded wings of a dove.

Even before the doors opened, though, the museum inspired protest and heated debate. Several curators and outside experts complained that exhibits had been politically neutered and so watered down as to become meaningless.

“It became an ethical cheerleading triumphalist narrative about Canada, forwarding the notion of Canada, the peacekeeping nation, as a leader in human rights,” said Elise Chenier, a history professor at Simon Fraser University in Vancouver, who did not want to be identified by the museum as a creator of an exhibit on same-sex marriage in Canada, saying the institution had oversimplified the “debate in the queer community about marriage.”

The museum’s former curator of Indigenous content, Tricia Logan, wrote in a book that she had been “consistently reminded” to match any mention of state-perpetrated atrocity against Indigenous people with a “balanced statement that indicates reconciliation, apology or compensation provided by the government.”

Maureen Fitzhenry, the museum spokeswoman, disputed the assertion that the museum had revised content for political or nationalistic reasons.

Many in Winnipeg’s Indigenous community were outraged over the museum’s decision to use the term “genocide” for five overseas genocides officially recognized by the Canadian government — including the Holocaust and the massacres in Rwanda — but not for the treatment of their people in Canada.

At the time, the country’s first Truth and Reconciliation Commission had concluded years of hearings on the government’s longstanding use of residential schools as a pernicious tool of assimilation that had forcibly removed more than 150,000 Indigenous children from their families and cultures.

A year after the museum opened, the commission’s final report described the schools as weapons of “cultural genocide.” But the museum took until 2018 to use the term.

In June, public debate about the institution was reignited by a local anti-racism protest.

A former museum guide and program interpreter, Thiané Diop, 29, wrote on social media that during four years of working at the museum, she had faced racism from colleagues, the public and donors “constantly,” and instead of addressing it, her bosses said she wasn’t a “good fit.”

“When there was a problem, management most likely wouldn’t do anything,” Ms. Pruden said.

Four former female staff members told The New York Times they had reported episodes of sexual harassment and, in one case, sexual assault to management. In all cases, they said managers’ first response was to question their accounts.

Wednesday’s report found that there “are indications that sexual harassment and stalking complaints made by Black women may not have been investigated or addressed adequately prior to the fall of 2016.”

“It was a culture of violence,” said Gabriela Aguero, a former guide and program developer who took a mental health leave last year because, she said, of the stress of the museum’s workplace culture, as well as its content.

In an interview with the Canadian Broadcasting Corporation, Ms. Aguero exposed the museum’s former practice of asking guides to skip the exhibit on the legalization of same-sex marriage in Canada during tours for religious schools and for guests who objected to the content.

“This practice is contrary to the Museum’s mandate, and contrary to everything we stand for,” the museum’s executive team said in a June letter confirming the practice had happened for two years.

The outside report concluded that L.G.B.T. and queer content was omitted or hidden on six occasions in 2017, and on one occasion in 2015.

It also noted critically the absence of any representation in exhibits of two-spirit people, a term used by some Indigenous people to describe those who have both a masculine and a feminine spirit, despite years of requests for inclusion from that community.

“The censorship was not just around same-sex marriage” said Albert McLeod, a director of the Two-Spirited People of Manitoba, a community group that tried to get the museum to include stories of the struggles of two-spirit people.

“Even a human rights institution can be rife with discrimination unless it practices its own teachings,” said Karen Busby, a recently retired law professor and founding director of the Centre for Human Rights Research at the University of Manitoba. “It won’t go away with good intentions.”

After the museum’s announcement that it would conduct an independent review by a feminist lawyer who is Black, Jewish and identifies as queer, former employees reacted with a mix of relief that it was happening, sadness that it was necessary and cynicism that anything would change.

“A lot of us have felt isolated doing this work for a long time,” said Mr. Perla, the former curator, in an interview before Wednesday’s report. “Now we’re realizing we are not alone.”

When Mr. Perla worked at the Winnipeg museum, he said, there were only three managers from visible minorities in the building — a pervasive situation in Canadian museums, he said.

“When you have managers who are only white,” said Mr. Perla, who is gay and came to Canada from El Salvador as an asylum seeker, “with no visible minorities to challenge the status quo, you will keep doing things as you have done them.”

Some Indigenous staff and advisers said the museum had made strides in addressing their concerns.

In a 2018 speech, the museum’s president, John Murray, said the “policies and practices of colonialization” in Canada, were genocide. Signage in the museum was changed.

The museum also began to incorporate Indigenous “ways of knowing and being” into its institutional processes, said Jennefer Nepinak, its former senior adviser on Indigenous relations. In 2019, the museum entered into a contract with Carey Newman, an artist from Kwakwaka’wakw First Nation, by taking part in a potlatch — a traditional ceremony.

Glen Murray, the former Winnipeg mayor and Ontario cabinet minister, stepped down from the museum’s fund-raising board. He said he hoped the museum’s internal reckoning becomes a template for other organizations.

“The museum should be an example now of how to move forward,” said Mr. Murray, the first openly gay mayor of a big city in North America, “to correct this, for how you honestly resolve problems, bring people together and rebuild trust.”

He added, “That could be its own powerful story for change.” 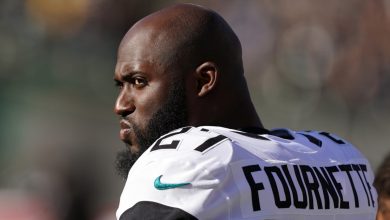 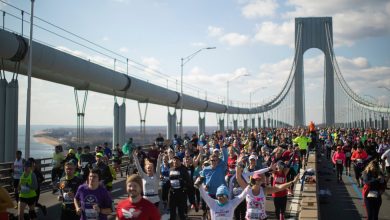 Trump has been on both sides of the states’ rights argument 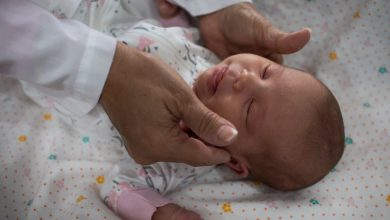 What’s Missing in the Effort to Stop Maternal Deaths

Not a billionaire, but Kylie Jenner is highest-paid celebrity, Forbes says
June 5, 2020

Not a billionaire, but Kylie Jenner is highest-paid celebrity, Forbes says