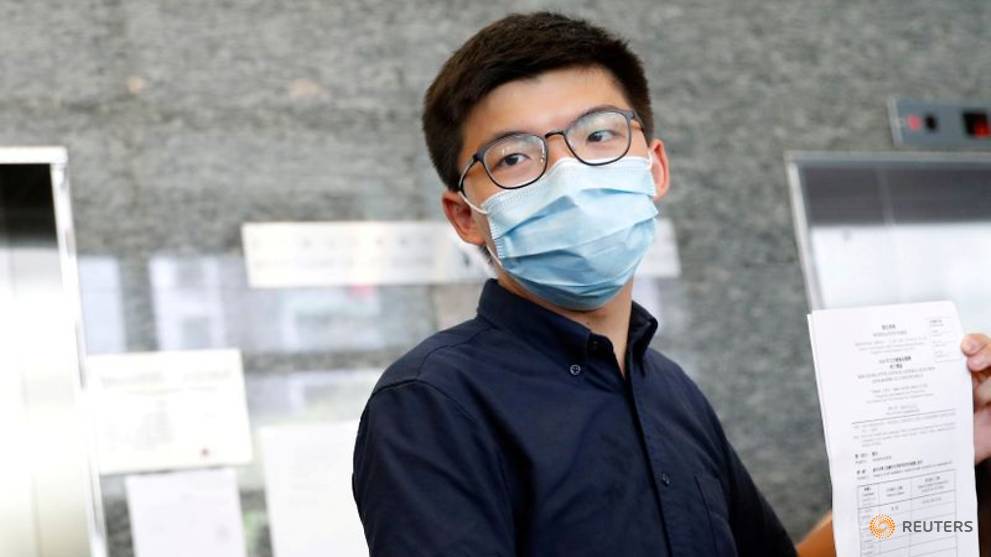 Two dozen people in Hong Kong, including pro-democracy activist Joshua Wong, have been charged with participating in an illegal assembly at a vigil on June 4 commemorating the crackdown on protesters in and around Beijing’s Tiananmen square in 1989.

HONG KONG: Two dozen people in Hong Kong, including pro-democracy activist Joshua Wong, have been charged with participating in an illegal assembly at a vigil on Jun 4 commemorating the crackdown on protesters in and around Beijing’s Tiananmen square in 1989.

It was the first time the vigil had been banned in semiautonomous Hong Kong, with police citing coronavirus restrictions on group gatherings in refusing permission for it to take place. Still, tens of thousands lit candles across the city in what was largely a peaceful event, bar a brief skirmish with riot police in one neighbourhood.

Pro-democracy activists see the new legislation as the latest attempt by Beijing to encroach on Hong Kong’s freedoms.

Police said in a statement on Thursday that 24 people, including 19 men and 5 women, aged 23-69, had been charged with holding and knowingly taking part in an unauthorised assembly. Such a charge existed before the new security law came into force on June 30.

Wong, and at least six other activists said on their Facebook pages that they were among those charged.

“Clearly, the regime plans to stage another crackdown on the city’s activists by all means,” Wong said.

Wong made a court appearance on Wednesday on similar charges related to a protest last year. The verdict is expected later this year.

The new security law, which punishes anything China sees as subversion, secession, terrorism or collusion with foreign forces with up to life in prison, has drawn strong criticism from Western countries for putting Hong Kong on a more authoritarian path.

Its supporters say it will bring stability after a year of unrest.

Jun 4 commemorations are banned in mainland China, but Hong Kong, which was promised certain freedoms when it returned to Chinese rule in 1997, such as that of expression and assembly, traditionally held the largest vigils globally every year.

China has never provided a full account of the 1989 violence. The death toll given by officials days later was about 300, most of them soldiers, but rights groups and witnesses say thousands of people may have perished.