MOSCOW — When a group of young Russians set up a chat group on social media nearly three years ago, they called themselves the “Club of Plant Lovers,” creating an innocuous gathering place for online discussion about their hobbies, university studies and sometimes politics.

After a few weeks, however, the chat group, which had changed its name to “New Greatness,” was joined by a new member who promoted unusually strident views against President Vladimir V. Putin and pushed to turn the online chatter into a political movement dedicated to radical change.

The new member, who gave his name as Ruslan Danilov and wrote a political manifesto for the group calling for Mr. Putin’s overthrow and having a “people’s tribunal” prosecute him, was actually an informant and agent provocateur working for Russia’s security apparatus.

As a result of the informant’s work and subsequent testimony as a prosecution witness in what became known as the “New Greatness Case,” a Moscow court on Thursday found seven original members of the group guilty of “creating an extremist society” with intent to “prepare or commit extremist crimes.”

Six were given sentences, three of them suspended, of between six and seven years in a penal colony, mostly in line with what prosecutors had demanded. A seventh defendant, Anna Pavlikova, a minor at the time of her arrest, received a milder suspended sentence of four years. All had pleaded not guilty and accused the informant of setting them up.

Even by Russia’s low standard of due process, the case set a grim new benchmark for a judicial and law enforcement system that human rights activists say is increasingly untethered from any commitment to justice. It was trailed throughout by allegations of entrapment by the Federal Security Service, or F.S.B., fabricated evidence and physical abuse of the defendants.

The judgment, handed down in the Lyublino District Court in southeastern Moscow, fit into what has become a pattern of Russian courts, with defense arguments and expert opinions ignored in the prosecution’s favor in cases seemingly driven more by the Kremlin’s political imperatives than any real evidence.

After the guilty verdicts were handed down, supporters of the defendants who had gathered outside the courthouse chanted angrily: “Not guilty, not guilty.”

Faith in Russian courts has plunged so low that supporters said the outcome was inevitable. “Miracles don’t happen,” Anna Narinskaya, a journalist who has followed the case closely, commented curtly on Facebook.

Aleksandr Gorbunov, a caustic Kremlin critic better known by his online persona Stalingulag, gave his own verdict on the case to his million followers on Twitter.

“A provocateur from the F.S.B. creates a completely fictitious organization ‘New Greatness,’ young people who accidentally fall into it are arrested, tortured, raped with a hammer, held in a pretrial detention center and then given real prison terms. This is the routine of today’s Russia,” he wrote.

In a statement from jail earlier this week, one defendant, Vyacheslav Kryukov, a 22-year-old law student who has spent more than two years in pretrial detention, denounced the case as a frame-up by prosecutors aided by the security services.

“There is no evidence, no objective reason for my involvement in this case,” said Mr. Kryukov, who recieved a six-year prison term. “But prosecutors know that nobody will investigate so they can get away with anything.”

He insisted that he had always opposed extremism. “I think that civil protest should be held only in a nonviolent, intellectual way.”

Alina Danilina, Mr. Kryukov’s girlfriend, said it seemed as if the judge simply “copied out word for word” a decision made from above. The informant, she said, had been the only person pushing an “extremist” agenda that none of the others shared.

“It is terrifying how easily anyone here can be sentenced to jail for just being,” Ms. Danilina said.

With Mr. Putin’s approval rating falling and economic hardship growing as a result of the coronavirus pandemic, Russia’s vast security apparatus has increasingly sought to paint all forms of protest, no matter how mild, as subversive and therefore illegal. It has been cracking down hard in Moscow on even one-person protests, which are technically protected by law.

There is little sign of widespread unrest breaking out in response to Russia’s economic troubles and general fatigue with Mr. Putin’s rule. (He was supposed to step down at the end of his current term in 2024, but he recently forced through constitutional amendments allowing him to stay in office until 2036.)

Yet the Kremlin has been unnerved over the past month by unusually large street protests in Khabarovsk, a city nearly 4,000 miles east of Moscow in the Russian Far East. Many of the grievances driving the Khabarovsk protests are local, principally the arrest of the region’s popular elected governor on murder charges.

But the spectacle of tens of thousands of people parading every Saturday for weeks through a large city has cheered Mr. Putin’s opponents elsewhere and pointed to deep wells of public anger bubbling beneath Russia’s surface calm.

Outside the Moscow courtroom on Thursday, police officers detained several people who tried to mount small, symbolic protests, including a young man who, dressed in a police uniform, stood next to a clothing dummy painted with a crown of thorns and compared the court’s decision to the crucifixion of Christ. With two friends, also dressed as police officers, he cut the throat of the dummy with a knife, releasing a spray of fake blood.

Memorial, Russia’s oldest and most respected human rights organization, declared the defendants, who were arrested in 2018, political prisoners. In a detailed study of the case, Memorial said the New Greatness group “was essentially set up by Russian security services,” who “strove to give the organization an extremist character.”

Ms. Pavlikova, a group member found guilty on Thursday, left New Greatness soon after it was founded in late 2017 after quarreling with other members. The police informer persuaded her to return, and she was arrested a month later. She was 17 at the time.

Extremism has become catchall charge that can be deployed against just about anybody, including anti-corruption campaigners and religious believers outside the Russian Orthodox Church. The authorities have initiated criminal investigations against nearly 400 people for suspected extremism simply for following the teachings of Jehovah’s Witness, a Christian group that rejects all violence but which Russia outlawed in 2017 as an “extremist organization.”

Others whom the authorities view as enemies have been prosecuted for terrorism-related crimes, another broad category that requires no evidence of intent to commit violent acts. A court in the western Russian city of Pskov last month convicted a freelance journalist, Svetlana Prokopyeva, of “justifying terrorism” in a 2018 commentary critical of the security services. Even the Kremlin’s own human rights council dismissed the charges as unwarranted.

“We all see that anyone can go to jail now,” Ilya Yashin, a district councilor in Moscow and leader of a small opposition party, said in a Facebook post. “There are almost two million security officials in Russia and they all want new stars on their shoulder boards.”

This desire for career advancement in a system that rewards loyalty above all else, he added, means they “often fabricate criminal cases, plant drugs, imprison innocent people.” 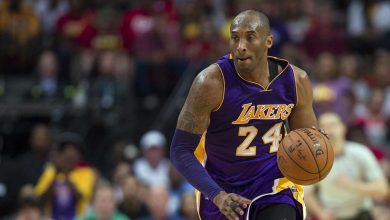 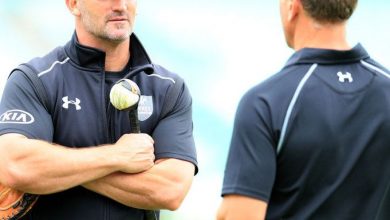 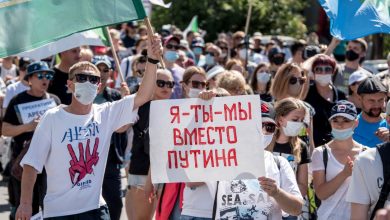 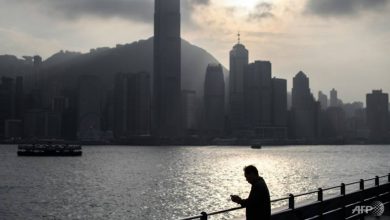 US, UK and allies call for prompt Hong Kong elections

Bollywood stars make a beeline for the web with new releases
June 29, 2020

Bollywood stars make a beeline for the web with new releases

‘The Witcher’ resumes shooting season two in the UK
August 18, 2020

‘The Witcher’ resumes shooting season two in the UK