This is a preview article from our Team Outlook series. If you are already a FullTime Fantasy subscriber, click here to read the expanded outlook.

Unlock premium access to the full outlook by subscribing to FullTime Fantasy where we will help you dominate with our Draft Kit, customized rankings, expert consensus rankings, Preseason Pro, Advanced ADP, Premium forums to ask our experts unlimited questions 24/7 & more.

Check us out! Click here to subscribe now using promo code TD30 for 30% off your first two months!

Chicago brought in Matt Nagy to be the head coach after a successful 2017 season as the offensive coordinator for the Chiefs. Nagy had ten seasons of NFL experience working under Andy Reid. He has a 20-12 record over two years as a head coach with one appearance in the playoffs.

The Bears’ defense slipped to fourth in points allowed (298) and eighth in yards allowed while being less opportunistic.

Chicago brought in Chuck Pagano to take over the defense in 2019. His 2011 success as the Ravens’ defensive coordinator helped him earn the head coaching job for Colts for six seasons. He went 11-5 in each of his first three years with Indy while making the playoffs each season. Pagano faded over his next three seasons (20-28), pushing his career record to 53-43. He has 19 years of experience in the NFL.

Despite playing through a left shoulder injury (labrum), Trubisky set career highs in completions (326) and pass attempts (516), but had a significant step back in his yards per pass attempt (6.1 lowest in the NFL – 7.4 in 2018).

Surprisingly, his WR1 (Allen Robinson – 98/1147/7) held value, which left failure behind almost every other door in the receiving game.

The Bears have questions at TE (46/425/2), but they did add Jimmy Graham via free agency and Cole Kmet in the draft. WR Anthony Miller (52/656/2) played through his second season with injuries while failing to develop into a top tier WR2.

I expect a bounce-back by the Bears’ offense in 2020 while being in the free-agent pool in most fantasy leagues. Viable QB2 if his season starts well. Trubisky had surgery in late-January to repair his labrum issue.

His ADP (260) remains low due to Nick Foles being in the mix to start.

I like the upside of Trubisky, but it comes down to wins to keep the job. On the first run of the projections, I gave him 95 percent of the quarterback playing time, which came to 4,081 combined yards with 25 TDs and 11 interceptions.

Montgomery wasn’t much better than RB Tarik Cohen last year on early downs (3.7 yards per rush), but the Bears still gave him 16.7 touches per game.

Chicago had him on the field for 63 percent of their plays.

Over his last two seasons at Iowa St., Montgomery rushed for 2,362 yards with 24 TDs on 515 carries. He gained only 4.6 yards per rush, which is unimpressive at the college level. He picked 71 catches for 582 yards in his college career. Many of his TDs came on short easy runs while lacking open-field moves and vision to create more significant plays.

There’s upside here with three-down ability, but the Bears need to solve their offensive line issues to create more significant plays. Borderline RB2 in draft value (ADP – 52), but Montgomery is worth fighting for on draft day.

Robinson caught seven or more passes in eight games while finishing up the year with double-digit targets in five of his last six contests.

He’s showing growth in his possession skills while also having the ability to make big plays. Over six seasons in the NFL, Robinson only has one other year of value (2015 – 80/1400/14).

Viable WR2 with his success tied to a rebound in the Bears’ fading passing game. Fantasy owners have him priced as the 12th receiver off the table in mid-June with an ADP of 36. His early projections came to 91 catches for 1,108 yards and seven touchdowns, which ranked 15th at wide receiver for me.

The two-year experiment in Green Bay didn’t go as planned for Graham. He struggled to score TDs with a diminishing opportunity.

Graham has four catches or fewer in 15 of his 16 starts while failing to gain over 50 yards in 14 contests.

Last year the Bears struggled offensively with the TE position being a part of the problem (46/425/2 on 69 targets).

A new home can’t offset his declining skill set at age 34. The Bears added TE Cole Kmet in the second round in this year’s draft, which steals snaps and targets away from Graham. I only see 42 catches for 461 yards and three TDs with no interest in the fantasy world based on his ADP (279 as the 35th TE drafted).

The Bears fell to ninth in rushing yards allowed (1,632) with 16 TDs and nine runs over 20 yards. Opponents rushed for 3.9 yards per carry.

Chicago dipped to ninth in passing yards allowed (3,554) with 17 TDs and ten Ints. Their defense finished with 32 sacks (18 fewer than 2018). They allowed only 40 catches over 20 yards, which was the fourth-lowest total in the league.

The two keys for the Bears’ defense in 2020 will be regaining their pass rush and their offense, making more plays to help control the clock. They did address some of their issues in the offseason. Chicago has some playmakers, which invites scoring ability in the fantasy games. Top-ten option in the fantasy market with more upside if their core stays healthy. 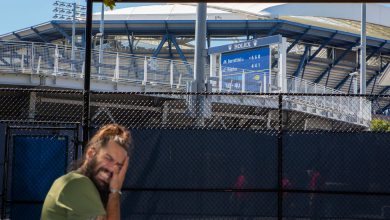 With Fans Barred From the U.S. Open, One Gets as Close as He Can 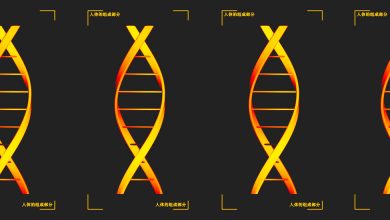 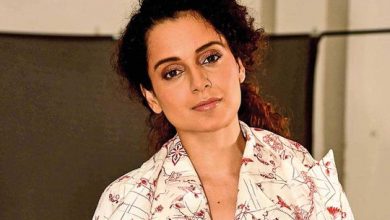 Nicolas Cage to star as Joe Exotic in limited TV series
May 5, 2020

Selena Gomez working on new music during lockdown
May 4, 2020