The Paycheck Protection Program, which was created as part of a $2.2 trillion relief package signed in March, was devised to help small businesses with fewer than 500 workers cover payrolls and overhead expenses while much of the economy was shuttered. When big publicly traded companies that had access to other forms of capital took out P.P.P. loans, the Trump administration publicly shamed them and Treasury Secretary Steven Mnuchin urged them to repay the money, saying they could face criminal liability if they did not qualify for the loans.

But the rules of the program also allowed American subsidiaries of foreign-owned companies to apply for and receive loans.

The Horizon Advisory report, which analyzed public filings and loan data that was released by the Treasury Department in June, does not claim to be an exhaustive account of the more than five million loans that were initiated through the program. The data released by the Treasury Department, for instance, shared loan amounts in ranges only for businesses that borrowed more than $150,000, and information for private firms that took smaller loans was released only in aggregate.

HNA Group North America LLC and HNA Training Center NY, subsidiaries of China’s HNA Group, both received loans of up to $1 million. HNA Group specializes in real estate, aviation and financial services transactions and is part of the Fortune Global 500.

And BGI Americas Corporation, which is a subsidiary of the Chinese gene-testing giant BGI Group, took a loan of up to $1 million. The company, which is building a gene bank in Xinjiang, did return the money, however, after Axios reported on the loan.

Larger loans went to businesses that spanned critical sectors such as pharmaceuticals, defense, advanced manufacturing, electric cars and information technology. In each case, the United States was indirectly funding the kinds of corporations whose owners the Trump administration regularly accuses of intellectual property theft. 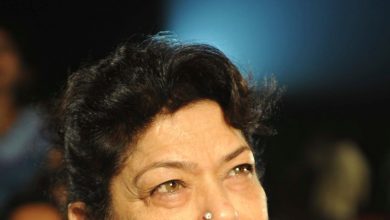 Saroj Khan, Choreographer Who Made Bollywood Sparkle, Dies at 71

First commercial flight from Israel to UAE set for next week 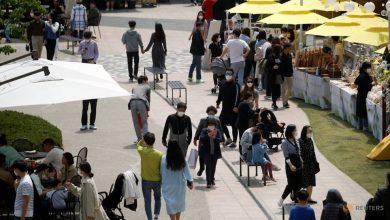 Saif Ali Khan retuns as the villain in Prabhas’ ‘Adipurush’

Amandla Stenberg on finding music in her new Netflix special, ‘The Eddy’
May 14, 2020

Amandla Stenberg on finding music in her new Netflix special, ‘The Eddy’

K-Pop’s Suho, Hyunsik and Sungjae to join military service
May 10, 2020