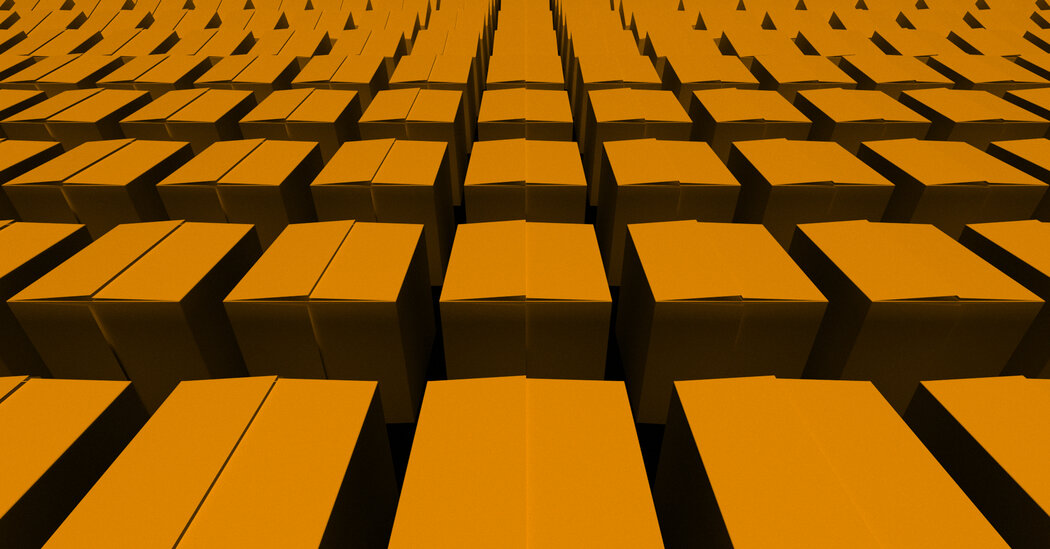 Three months ago, the Amazon chief executive Jeff Bezos effectively declared that his company would try to lose money. Instead, Amazon declared on Thursday the largest profit in its history.

It was a bit awkward.

Companies are supposed to make money, for sure. But this comes at a moment when politicians and the public are wondering if America’s digital superstars are so powerful — and perhaps, tilt the game to their advantage — that they simply can’t be beaten.

A company like Amazon planning to lose money and instead making billions of dollars in profit is a pretty compelling sign of dominance.

This week in technology made me think of that old line about a once dominant car company: What’s good for the United States was good for General Motors, and what was good for GM was good for the country. (There’s a debate about what the GM executive meant by this, but it’s still a good line. Stay with me.)

The bosses of four of America’s tech giants, dragged (virtually) in front of Congress this week, said some version of that old saw. They said that their successes are uniquely American, and that their companies enrich the country and the lives of people who live in it.

That’s true. It is, however, hard to ignore that the fortunes of the country and its leading corporate citizens are currently going in opposite directions.

We learned on Thursday that the United States wiped out five years of economic growth in a matter of months, as my colleague Ben Casselman put it. During that period, Amazon, Apple, Google and Facebook mostly raked in money hand over fist.

Mostly, this makes sense. During a pandemic, we have needed the products and services these companies provide. That does not, however, guarantee them financial success.

(Read more: Last year, my colleague Kashmir Hill wrote about trying and mostly failing to cut the five big U.S. technology companies out of her life. Now, Kash is reflecting on what she learned from that experiment.)

Facebook’s Mark Zuckerberg said a few months ago that the way his company makes money — selling ads to a local bakery or an online luggage maker — tends to naturally rise and fall in tune with the economy. That’s generally true, but not right now. The economy is tanking at its worst rate in many decades. Facebook’s advertising sales are fine.

There’s an axiom in technology that change happens gradually, then suddenly. Tech companies can seem unbeatable until they aren’t — often because of some rapid evolutionary change. It happened to Nokia and Sun Microsystems — whose old headquarters was taken over by Facebook in a symbol of one empire replacing a crumbled one.

So could there be a Fall of Rome moment for today’s tech superpowers? Yes, in theory, and we might never see it coming. Right now, though, despite broader economic pains and a growing backlash to their power, these four American tech superpowers appear to be as close to invulnerable as you can get.

We’ve spent a lot of time this week talking about the congressional antitrust hearing and potential abuses of power by Big Tech. We want to change things up a bit and hear from our readers.

Tell us about one tech invention of the past decade that makes your life fabulous, or at least easier, and why.

A reader in Allentown, Pa., Arthur Weinrach, inspired us, writing in to mention the many technological changes that he’s grateful for, including the E-Z Pass.

Tell us yours at ontech@nytimes. Please include your name and location. We will publish a selection of them.

What didn’t get attention at the Big Tech hearing

The antitrust code was written to tackle railroads and steel companies that grew strong enough to raise their prices at will.

A hot conversation in legal scholarship is whether those laws apply to Google, Facebook and other companies that offer many products for no (monetary) cost to us. (My colleague Cecilia Kang talked about this on The Daily.)

There are, however, at least a couple of examples in which tech companies are being accused of behavior that has led to higher sticker prices for us. In other words, there are conventional, railroad-baron-type antitrust claims against the tech giants, too.

These instances didn’t get much of an airing during the congressional hearing this week into tech company power, but they’re worth paying attention to.

One issue involves Apple’s App Store. A lawsuit that is winding its way through U.S. courts claims that Apple’s commission of as much as 30 percent on digital app transactions makes all iPhone apps more expensive than they would be without Apple’s monopoly over iPhone app distribution.

Another involves Amazon’s marketplace. Some merchants have said that Amazon punishes them if they list what they sell on Amazon for lower prices on Walmart.com or other spots. Those sellers claim that Amazon is in essence pushing up the prices on products on competitor’s shopping sites.

Members of Congress didn’t ask Apple and Amazon about these allegations, and the companies have previously denied them.

Tim Wu, a professor at Columbia Law School and a contributing Opinion writer for The New York Times, told me that he believed those price claims were the strongest potential antitrust case against Amazon on legal grounds.

He said, though, that there’s a distinction between “technical antitrust and public opinion antitrust.” Intricate discussions about price setting are boring in congressional hearings.

Here is a cat eating corn on the cob — rather elegantly, I think.