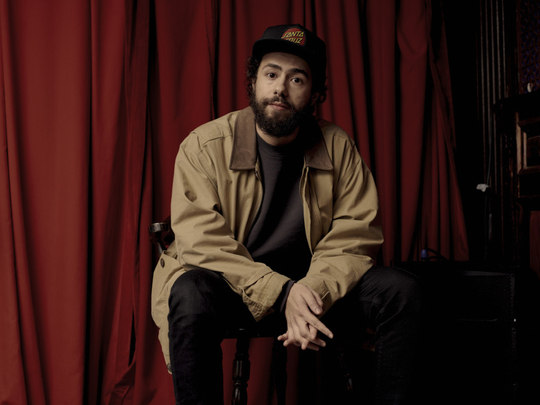 This isn’t the first time Youssef has been recognised for his semiautobiographical hit, which follows a Muslim man in New Jersey as he grapples with his faith and the tribulations of adulthood. The 29-year-old Egyptian-American comic, who stars in, writes, produces and directs ‘Ramy,’ won a Golden Globe in January for best lead actor in a comedy.

On Tuesday, he talked about the nomination, why awards shows feel like a “weird ancient ritual,” and what’s next for ‘Ramy.’ These are edited excerpts from the conversation.

You won a Golden Globe earlier this year. Does this nomination feel different? What does it mean to you?

To me, the acting nominations are show nominations because of how intimate the crew is that makes that show. We’re not a big operation, and my hands are really full between the writing, the directing, the producing and all that stuff. And so you get an acting nomination, it’s really such a testament to everyone who’s around me.

I’m very excited and grateful for that. But I’m also excited for it for so many reasons that have nothing to do with me: This show is about an Arab Muslim guy from New Jersey … That’s so specific. That is so narrow, and for that to get three Emmy noms — I think every network should pick up a different Muslim show today because that’s how varied the experiences are.

I’m excited for all the shows to come that can use this as a reference point. When a network is trying to tell them that they’re not famous enough or it’s too specific, I don’t think that can be an excuse when you see the kind of recognition that we’ve been able to get.

Sounds like it’s been very validating that such a personal show has received this kind of mainstream recognition. Is it jarring at all?

The whole thing is jarring. Even winning the Golden Globe, it’s so weird. It’s like, now you’re closer to winning the statue — this gold statue. The whole thing feels like it’s a weird ancient ritual, like half deserved and half random and half, how good was the food at your [For Your Consideration] event. I mean, the whole thing is profound and silly.

You put your religion centre in the story, but you’ve said that you don’t necessarily want to be a stand in for Muslim-Americans. How do you thread that needle?

There are so many perspectives that fall under the umbrella of Muslim. So I just personally am very aware of not taking on that responsibility, because I was not elected by the Muslims.

What are some of other topics worth digging into? That you want to tackle next?

In a lot of ways, we just met these characters, we’re just starting to see them. Right now, I think the world is really in a place where we’re inside and we’re really thinking about our relationships. For this show, a lot of characters and a lot of storylines are going to intersect, and people on our show are going to start finding out each other’s secrets about what’s really going on. We are really excited about that.

How did you get Mahershala Ali, a two-time Oscar winner, to star this season?

He’s just reached out to his fellow Muslim, saying, this is so cool that you have characters who actually are back into faith. And I angled to get dinner with him. And then, of course, like any good Arab, I was like let’s figure out a deal and we can get you on the show.

What else did you do differently in Season 2, based on what you learned from Season 1?

We just wanted to go deeper. So much of what happened in Season 1 was this character trying to figure out who he wants to be. And so it’s very aspirational. But then Season 2, he realises who he is, and you realise that he’s got a lot of things yet to change. So it kind of shifts from being aspirational to being transformational.

We really wanted to watch him deal with his problems — and get in his head more. And that took us into a deeper version of our tone. And it gave us the ability to have, with Mahershala, this genuine religious presence in Ramy’s life to really understand just how much he’s not a model Muslim at all.