Companies linked to two Russian oligarchs exploited the opaqueness of the art world to buy high-value art, bypassing U.S. sanctions, according to a report by the U.S. Senate’s Permanent Subcommittee on Investigations that was published on Wednesday.

American companies are barred from doing business with sanctioned individuals. But the report said the oligarchs, Arkady and Boris Rotenberg, two brothers who are close to President Vladimir P. Putin of Russia, were able to hide behind an intermediary who made the purchases on behalf of companies owned or funded by the Rotenbergs.

The purchases of works at auction houses and through private art dealers in New York totaled $18.4 million in value and were made after the Rotenbergs came under United States sanctions in 2014.

The report said the financial transactions were enabled by the secrecy and anonymity with which the art market operates and it called for tighter rules to force greater transparency. The investigators concluded that the auction houses — including Christie’s and Sotheby’s — and private sellers never knew the true identity of the oligarchs who were buying the art, but they said that was a loophole that needs to be closed for a sanctions policy to be truly effective.

“It is shocking that U.S. banking regulations don’t currently apply to multimillion-dollar art transactions, and we cannot let that continue,” Senator Rob Portman, Republican of Ohio, who is chairman of the subcommittee, said in a statement. “The art industry currently operates under a veil of secrecy allowing art advisers to represent both sellers and buyers masking the identities of both parties, and as we found, the source of the funds. This creates an environment ripe for laundering money and evading sanctions.”

None of the auction houses or dealers were accused of any wrongdoing. The report said they stopped doing business with the intermediary as soon as they learned of the Senate investigators’ concerns.

In a statement, Christie’s said it welcomed “the opportunity to work with U.S. legislators on appropriate and enforceable A.M.L. guidelines for all tiers of the art trade here.” Sotheby’s said in a statement that it “takes Anti-Money Laundering and United States sanctions policies extremely seriously and voluntarily participated in the Senate Subcommittee’s investigation.”

The Rotenberg brothers were the subject of sanctions in March 2014, in an expansion of sanctions to wealthy businessmen with close ties to President Putin that came in response to Russia’s invasion of Ukraine and annexation of Crimea.

The Rotenbergs had amassed fortunes through their ties to the government, the administration said. They were awarded an estimated $7 billion in contracts for the Winter Olympic Games in Sochi. President Putin later entrusted the construction of a bridge to Crimea to Arkady Rotenberg, a longtime friend and judo partner.

Despite the prohibition against U.S. entities doing business with the oligarchs, the Senate investigators traced numerous art transactions in a period of just a few months following the imposition of the sanctions back to anonymous shell companies that they said were linked to the Rotenbergs

The report identifies a Moscow-based art adviser named Gregory Baltser, whom it described as a naturalized U.S. citizen, as an intermediary who bought art for companies it said were linked to the Rotenbergs. Mr. Baltser typically operated through his company, Baltzer, a private art agency and club, that he established in 2013, the report said.

In one case, in May 2014, Baltzer bought multiple works at a Sotheby’s sale in New York for $6.8 million, including works by Henry Moore, Marc Chagall and Georges Braque. A Belize company called Steamort, which the report links to the Rotenbergs, wired funds from an Estonian bank account to Baltzer’s London account and from there to Sotheby’s bank in New York.

In another case, in June 2014, a company called Highland Ventures bought a painting, René Magritte’s “La Poitrine,” for $7.5 million via a private New York art dealer, with funds it traced to a company owned by Arkady Rotenberg.

In a statement, a lawyer representing Mr. Baltser, David A. Vicinanzo, said Baltzer “maintains a strict compliance program, and has never conducted any transaction prohibited by any sanctions list.”

“Baltzer can confirm that neither it nor Gregory Baltser has ever, at any time, represented or transacted in any way with Boris or Arkady Rotenberg.” the statement said.

It also said that Baltzer had relied on a list of sanctioned entities compiled by the U.S. Treasury Department and noted that the companies cited by the Senate investigators as being tied to the Rotenbergs were not included on that list.

“Baltzer had urged the Subcommittee not to make unfair and untrustworthy allegations on the basis of information from unconfirmed sources,” the statement said, “and is deeply disappointed that the Subcommittee has chosen to do just that.”

A request for comment left at a company controlled by the Rotenbergs in Moscow was not immediately returned.

The art market lacks the formal regulatory requirements that the Bank Secrecy Act imposes on financial institutions. Instead, the industry relies on voluntary money-laundering policies to identify counterparties in transactions, but the report said in the case of the Rotenberg transactions, these were easily circumvented.

Any due diligence carried out was only done on Mr. Baltser, the report found, satisfying the voluntary auction houses’ anti-money-laundering and sanctions policies, but failing to determine who was really behind the acquisitions.

“Despite having voluntary A.M.L. and sanctions policies, auction houses failed to ask basic questions of Mr. Baltser, including for whom he purchased art,” the report concluded. “This allowed Mr. Baltser to continue to purchase art despite the imposition of sanctions by the United States on the Rotenbergs, completely undermining any action taken by the auction houses to block transactions by sanctioned individuals.”

To force greater transparency on the art industry, the report called for Congress to amend the Bank Secrecy Act to add businesses handling transactions involving high-value art. This would bring the United States, and the New York art industry, more in line with recent European Union changes, it said, requiring the verification of the identity of art sellers, buyers and ultimately who owns the art or benefits from its sale.

“There are reforms that we know can be put in place to ensure that wealthy bad actors cannot use valuable works of art to evade U.S. sanctions,” said Senator Tom Carper, Democrat of Delaware and the ranking member on the committee.

The report’s authors said the activities the investigation was able to trace were likely only the “tip of the iceberg” of illicit activities in the art market.

“If wealthy Russian oligarchs can purchase millions in art for personal investment or enjoyment while under sanction, it follows that their businesses or hidden resources could also continue accessing the U.S. financial system,” the report said. 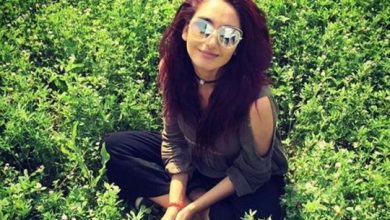 Bengaluru drug case: Who is the arrested actress Ragini Dwivedi? 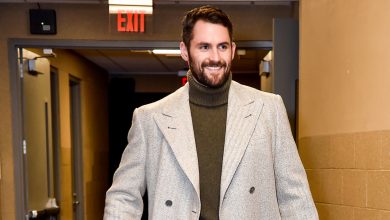 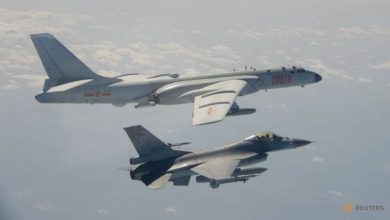 China says military drills near Taiwan were a ‘necessary action’ 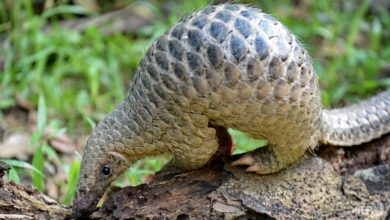