Maybe this Test cricket lark has some legs after all. Two matches in as many weeks, two pulsating fifth-day finishes, one victory apiece and the promise of more to come. The series in a bubble is bubbling up nicely as the decider looms – once again at Emirates Old Trafford, where Ben Stokes‘ most recent expression of greatness proved that the intensity of these contests has not been diminished by the absence of crowd-based atmospherics.

What on earth can Stokes possibly have up his sleeve as an encore? Never mind his burgeoning status as an allrounder, his batting performance alone in the second Test was one of the most remarkable all-round displays in Test history, as he conjured a pair of entirely opposite personas in each of his two innings. A 255-ball hundred on the first and second days; a 36-ball fifty on the fifth – his debut as a Test opener, no less.

Not that he’s the only allrounder to have impressed in this series, mind you. Not for the first time, and surely not for the last, Jason Holder‘s masterful seizure of the moment in the first Test has been relegated to the undercard. Lest we forget, not only did he claim 6 for 42 in that first innings, he extracted Stokes twice in the match – intercessions that we now know were even more priceless than they seemed at the time.

And though he has now officially dipped to No. 2 in the ICC’s allrounder rankings, with Stokes taking over as top dog, Holder’s talismanic value will be of even greater importance to his team in this final contest, not to mention his quietly authoritative leadership. Their squad may be feeling the strain in this back-to-back-to-back series, but West Indies have won four of their last seven Tests against England since their famous run-chase at Headingley in 2017, and (a not-insignificant detail too) they are the proud holders of the Wisden Trophy, and are unlikely to hand it back without an almighty fight.

Selection issues abound for both teams, although England’s are the ones that you would classify as “good headaches” – namely, the need to cram six fit and eager seamers into three available slots. In their differing styles, Stuart Broad, Chris Woakes and Sam Curran did absolutely everything that was asked of them in the second Test, and all three have duly been retained in an extended squad for the decider. But so too have each of the men they replaced after the Ageas Bowl loss, so expect a fully-blown selection migraine for Joe Root and Chris Silverwood before the final XI takes the field on Friday.

West Indies, by contrast, are faced with the classic stick-or-twist dilemma. Their seamers excelled in the Ageas Bowl victory, but the same attack struggled to touch such heights in the second Test – not helped, it must be said, by Holder’s decision to bowl first. It was a bold move designed to seize the series there and then, and it might have worked had Stokes and Dom Sibley not been quite so bloody-minded. But instead, it leaves them fatigued with the climax still to come. Chemar Holder lurks on the bench with a big reputation already stored up in his young career. But it would be a big ask to be pitched into the series now.

There has, of course, been a third narrative to this series – the expression of anti-racism sentiments by both teams, who will once again take a knee before the start of play in recognition of the Black Lives Matter movement. And while Jofra Archer’s banishment from the second Test was a justifiable disciplinary measure in the wake of his breaching of England’s bio-secure bubble, the subsequent racist abuse that he received on social media during his five days of self-isolation was unacceptable in any context.

After some suggestion that he might not be ready to return to the fray, Archer has since expressed his eagerness to get back on the field – and gratifyingly, a lot of the credit for that is almost certainly down to the men he’ll be facing as and when he gets there. England’s players have rallied round their team-mate of course, but West Indies’ efforts to put the on-pitch rivalry aside and reach out to him must be applauded too.

Roddy Estwick, his former youth-team coach, has been a sounding board since the Brighton incident, but so too has that man, Holder, who vouched for Archer’s character in his column in the Daily Mail and called on both teams to “unite behind him and show as much support as we can”.

Win or lose, Holder has been and remains a credit to West Indies, and to cricket in general. But as of Friday morning, his statesmanship will revert to secondary status behind his inspirational abilities on a cricket field. For if Stokes raised the bar with his above-and-beyond display in the second Test, you can be sure it won’t just have been his own team-mates who have been inspired to dig that little bit deeper.

All eyes will be on Stokes, inevitably, but they will doubtless be drawn to Jofra Archer too, as he makes his probable return to action after last week’s ill-advised Brighton jaunt. It’s been another tough week in Archer’s hyper-speed international baptism, and it’s little wonder he was moved to describe a career in sport as “fickle” given the highs and lows he’s encountered so far. This time last year, he was taking a well-earned break after winning the World Cup, and was still a few weeks away from felling Steve Smith on that extraordinary Test debut at Lord’s. Few players encounter such heightened levels of scrutiny so early in their careers – he’s still only 25, after all – but the best response to his recent criticism (both justified and vile) is to turn on the style in the manner of which everyone knows he is capable.

West Indies’ senior seamer has had a quiet series so far, though not necessarily a bad one. Kemar Roach went wicketless in the first Test but played an important role in their victory nonetheless, providing a zippy and economical line and length that allowed Shannon Gabriel in particular to attack with spite in both innings. And though he eventually got some reward at Old Trafford, his two wickets in the second innings were both gifted as England looked to slog quick runs. But Gabriel in particular looked stiff in that match, and Alzarri Joseph hasn’t quite found his range in either game, meaning that West Indies will need their attack leader to front up with some extra verve if they are to maintain their hold on the Wisden Trophy, let alone win their first series in England since 1988. On the plus side, he’s certainly got some miles in his legs now after the strictures of lockdown. Whether that’s also a negative remains to be seen.

Six into three doesn’t go. That’s the key take-away from England’s belatedly named 14-man man squad, unveiled by Ed Smith at 1pm on the eve of the match, and featuring all six of the seamers who played in one or other of the first two Tests, but not both. So, will James Anderson get to play another Test on his home ground at Old Trafford? Will he get to partner his old muckah, Broad once again? Will Archer slot straight back into the line-up? Should Mark Wood be given another chance to prove his form on home soil? The obvious fall-guys are Curran, even though he’s won eight out of eight of his home Tests, and Woakes, whose 75 Test wickets in England have come at a remarkable 22.90. Clarity comes in the retention of Dom Bess, ahead of Jack Leach’s left-arm spin, and Jos Buttler, who will have another chance to improve his unbecoming record as the Test wicketkeeper.

West Indies’ quicks toiled through 162 overs in the second Test, hot on the heels of their exertions in the first, but with history still within their grasp, there’s a case to be made for another unchanged line-up. Certainly Roddy Estwick, the assistant coach, hinted that they would look to trust the experience in the line-up, both to deliver the goods, and perhaps just as important, to self-assess their own stamina levels. There will, however, be a temptation to turn to the spin of Rahkeem Cornwall, given the assistance that Roston Chase got in the last Test, although such decisions have been deferred until they’ve taken a good look at the pitch. On the batting front, Shai Hope’s twin failures in the second Test took his post-Headingley-2017 tally to 899 runs at 24.29, but he retains the support of his captain and may have another chance to put the record straight. John Campbell at the top of the order is looking an equally weak link, but Joshua Da Silva, the next cab off the rank after an impressive hundred in the intra-squad warm-up, is better suited to the middle order.

Manchester will inevitably be cloaked in drizzle in the coming days but the long-range forecast predicts more than enough good weather to get another result – after all, the loss of the entire third day last week managed not to diminish the climax. The pitch for the first Test was not lightning quick – in fact it was positively sluggish at times – but it held up well over the course of the four days of play, offering seam movement up front, a bit of up-and-down bounce at the end, and spin – damp then dry – in all four innings. More of the same would set up the contest just fine.

“Jofra is available for selection. He’s a spectacular talent, a brilliant cricketer with an exceptional record in England. We’re just pleased and excited that he’s back and available.”
Ed Smith, England’s selector, looks forward to seeing Archer back in action

“The spirits in the dressing are still very, very high. We still have a really good opportunity here to win this series. Everybody is upbeat for the occasion and we know what’s at stake.”
Jason Holder has his eyes on the prize as West Indies continue to press for a first series victory in England for 32 years 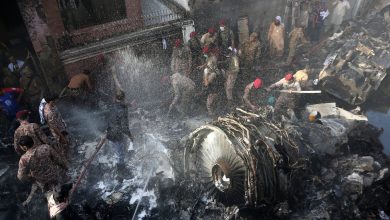 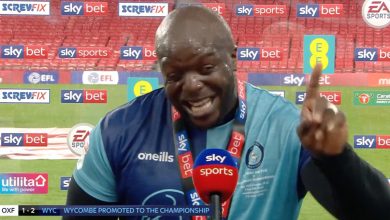 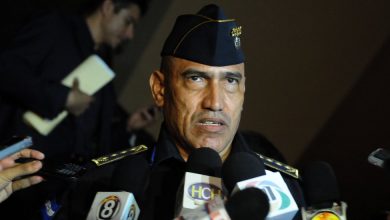 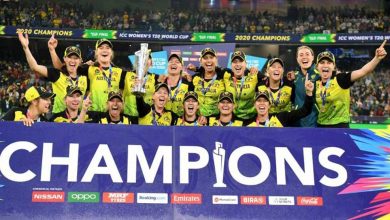 #StayHome playlist: The albums that released during quarantine
March 30, 2020

#StayHome playlist: The albums that released during quarantine