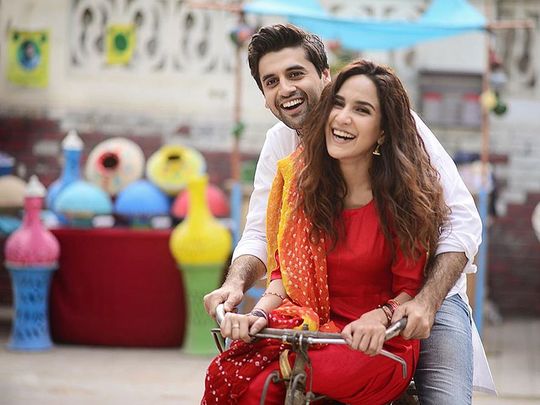 Almost four years since it shut down its broadcasts, India’s satellite TV channel, Zindagi, which famously re-introduced Pakistani shows across the border in India, is back.

An announcement by the CEO of Zee Global spoke of reviving Pakistani content, which was widely hailed by people across the country, especially those from the entertainment arena.

What is perhaps most heartening is the fact that for Zindagi’s digital version will include five original shows from Pakistan. They will be released every month, one at a time. The first of these, titled ‘Churails’ (Witch), which will release on July 23.

The show comes from the house of the UK-based Pakistani filmmaker Asim Abbasi whose last feature, ‘Cake’ (2018), had a post-theatrical release on Netflix, opening to great critical appreciation.

‘Churails’ is a social drama that makes a strong comment on women empowerment, led by Sarwat Gilani, Yasra Rizvi, Meherbano, and Nimra Bucha. Fashion model and actor Eman Suleman also plays a brief but important character in the series. Joining the bevvy of talented ladies is noted actor Fawwad Khan (not to confuse with the ‘Khoobsurat’ star).

In August, the subscribers will be able to stream ‘Aik Jhooti Love Story’, a limited web series by acclaimed filmmaker and drama director Mehreen Jabbar, best known for ‘Doraha’, ‘Daam’, ‘Malaal’ and the Nandita-Das starrer, ‘Ramchand Pakistani’ (2007) which was one of the few Pakistani films to be released in cinemas in India.

‘Aik Jhooti…’ will be followed by ‘Dhoop Ki Deewaar’, an emotional tale of a Pakistani soldier and his Indian counterpart on the other side of the border and how their lives interrelate on basic human levels. The Pakistani soldier is portrayed by Ahad Raza Mir, while Sajal Aly plays his love interest. They are supported by Samiya Mumtaz and Bol-famed Manzar Sehbai and Zaib Rehman. Raza Talish also makes a special appearance.

‘Dhoop Ki Deewaar’ is also an Umera Ahmed script. It is directed by Haseeb Hasan, who has previously helmed a successful film, ‘Parwaz Hai Junoon’, with Pakistan Air Force as its backdrop.

Aside from this, Ahmed worked as a consultant on the script of ‘Abdullahpur Ka Devdas’, a romantic drama, directed by Anjum Shahzad which is expected to release on Zee5 later this year. It boasts an ensemble cast that includes Bilal Abbas Khan, Sarah Khan, Raza Talish, Kinza Razzaq, Nauman Ejaz, Sawera Nadeem and Anoushay Abbasi.

‘Mann Jogi’, the fifth series in Zee5 Originals’s current lineup, is a mature love story set in interior Lahore. It is powered by such acting stalwarts as Saba Qamar, Nauman Ijaz and Uzma Hassan. Agha Mustafa’s character provides an interesting spin on the plot.

‘Mann Jogi’ is written by Saji Gul and directed by Kashif Nisar who scooped all the awards for his Hum TV play, ‘Dar Si Jaati Hai Sila’, last year.

All these shows will be available for streaming in the UAE.

Zindagi is the brainchild of Mumbai-based Shailja Kejriwal, the Chief Content Officer, Special Projects, at Zee Entertainment Enterprises Limited (ZEEL). Admittedly a huge fan of Pakistan TV dramas, Kejriwal also led the Zeal for Unity film festival, in which she brought together three filmmakers from India and Pakistan each.

The festival wasn’t allowed to take place as relations between the two neighbouring countries had turned sour. However, the movies made by the filmmakers are available for streaming on Zee5. These include Mehreen Jabbar’s ‘Lala Begum’ (2015), featuring Marina Khan, Sonya Rehman and Humayun Saeed; Meenu-Farjad’s Naseeruddin Shah-starrer ‘Jeewan Haathi’; and Siraj ul Haq’s ‘Moomal Rano’, starring Saba Qamar and Ahsan Khan. Zindagi on Zee5 is expected to not just revive Pakistani content but also help to create its own niche in international markets. In the words of Umera Ahmed: “For the first time, we are going to be competing with Indian content on the same platform, on an open-merit basis. This is indeed heartening!”