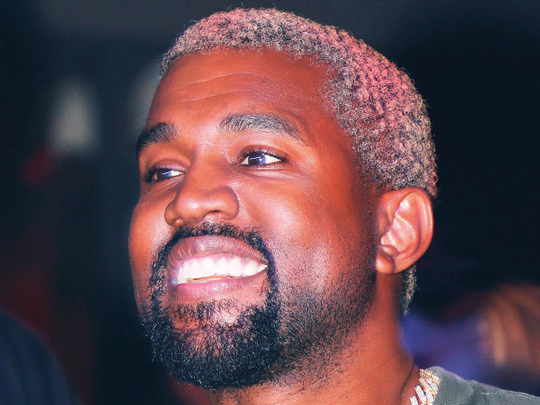 American rapper Kanye West, who announced his bid for the US presidential election earlier this month, is set to hold his first campaign event in the state of South Carolina, a media report said citing an official document.

The 21-time Grammy winner will host Sunday’s event at the Exquis Event Center in North Charleston for registered guests only, Politico news website quoted the campaign document as saying.

All attendees will be required to wear masks, observe social distancing and sign a COVID-19 liability release form.

He tweeted on Saturday for supporters to get him on the ballot in South Carolina.

“Hi guys please sign up to put me on the ballot in South Carolina at any of these locations,” he said, listing eight venues and linking to the website kanye2020.country.

West, who announced his White House campaign on the Fourth of July, filed a statement of candidacy with the Federal Election Commission last week, listing “BDY” — the Birthday Party — as his party affiliation, reports Politico news.

West has not registered in any major polls, even among voters opposed to Trump or Biden.

The rapper has sparked speculation over the years that he would potentially enter the presidential race one day, most recently in November 2019, when he said he planned to run in 2024, according to a report by the Daily Mail newspaper.

In 2018, he visited Trump at the White House, wearing the “Make America Great Again” cap and delivered a speech in which he discussed alternate universes and his diagnosis of bipolar disorder, which he said was actually sleep deprivation, the report added.

Meanwhile, his wife and reality TV star Kim Kardashian West has also met the President on more than one occasion lobbying for criminal justice reform.