Car alarms, jackhammers, a drunken argument and the rumble of the No. 7 train passing overhead. It is the glorious urban symphony that pours into a typical New York City apartment building day and night.

Sure, closing the window can help, but there goes your natural ventilation.

What if there were technology to cancel the offending clamor, like a pair of giant noise-canceling headphones for your apartment?

Researchers in Singapore have developed an apparatus that can be placed in a window to reduce incoming sound by 10 decibels. The system was created by a team of scientists, including Masaharu Nishimura, who came up with the basic concept, and Bhan Lam, a researcher at Nanyang Technological University in Singapore.

“I grew up in Singapore,” Dr. Lam said in a Zoom interview from his apartment there. “It’s a small city with a lot of noise, so I have some motivation to solve this problem.”

Their results were published on Thursday in Scientific Reports. The prototype is not yet the most practical device in real world conditions, but it points the way toward the development of technologies that may help ease the strain of noisy city living.

Borrowing from the same technological principles used in noise-canceling headphones, the team expanded the concept to fit an entire room by placing 24 small speakers in a window. The speakers emit sound waves that correspond to the incoming racket and neutralize it — or, at least some of it.

The system is based on the frequency of the sound waves and, for now, the optimal range is between 300 and 1,000 hertz.

In Singapore, a city near the Equator where temperatures are often high, overlapping transportation systems and the desire for natural ventilation in modern high-rise apartment towers can pose a healthy-living conundrum.

Dr. Lam explained that “in places like Singapore, we want to keep the windows open as much as possible” to reduce the use of carbon-intensive air-conditioners and to prevent buildup of stale air that can pose health risks for some people.

But with windows open, the constant din from city traffic, trains, jets passing overhead and construction equipment can rattle apartments. The Anti-Noise Control Window, as it is called, is the sonic equivalent of shutting a window.

With any sound, the best way to reduce it is at the source, like a gun’s silencer. So the researchers treated the window aperture itself as the noise source, because most noise enters a room that way.

The system uses a microphone outside the window to detect the repeating sound waves of the offending noise source, which is registered by a computer controller. That in turn deciphers the proper wave frequency needed to neutralize the sound, which is transmitted to the array of speakers on the inside of the window frame.

The speakers then emit the proper “anti” waves, which cancel out the incoming waves, and there you have it: near blissful silence.

“If you sit in the room, you get that same feeling like when you flick on the switch of noise-canceling earphones,” Dr. Lam said, splaying his hands to denote the calming effect.

The system is best at attenuating the audible blasts from the types of steady noise sources found within the optimal frequency range.

Unfortunately, human voices do not fit within most of that range. One of the next hurdles will be to find a way to silence loud conversations from across the way.

Another limitation is that the system is not good at neutralizing sporadic noises, like firecrackers, car horns or the occasional earsplitting crash of metal storefront shutters — the kinds of noises that drive many New Yorkers to slam their windows shut.

One reason for the limitation on frequency is the size of the speakers. To cancel out lower frequencies would require larger bass speakers. But those would interfere with ventilation and your ability to see through the window.

It’s a trade-off, and one solution might be installing larger windows, or discovering a way to make it work with smaller speakers.

As it is, the 24 speakers, each about 2 inches in diameter, are a bit of an aesthetic hindrance.

“One complaint that we get is that it’s ugly,” Dr. Lam said.

But if it can neutralize the sound of the jet taking off from Runway 13 at LaGuardia, that is (soft) music to the ears. 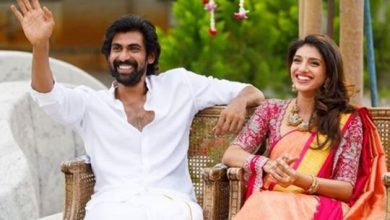 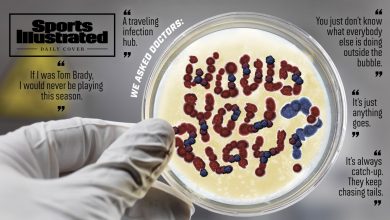 SI Survey: Doctors Say They’d Play in the NBA and NHL, but not NFL and MLB 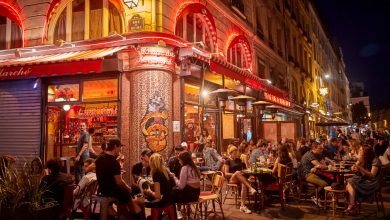 Even as Cases Rise, Europe Is Learning to Live With the Coronavirus 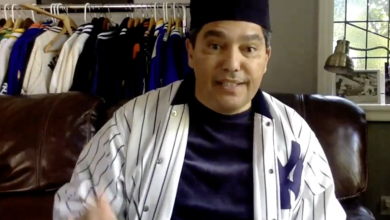 Review: ‘Homecoming’ is back, and it’s missing more than Julia Roberts

Deepika Padukone auctions her clothes for a cause
July 14, 2020