“MLS Is Back” has transformed from aspiration to reality. Consternation over the conditions in, and strength of, the league’s Orlando bubble—plus this week’s ouster of FC Dallas—weren’t enough to derail the season’s resumption. Shortly after 8 p.m. ET on Wednesday evening, following four months of waiting, MLS returned to the field as host Orlando City defeated expansion Inter Miami, 2-1, in the MLS is Back Tournament opener.

There were no fans, lots of ads and audible shouting, an emotional pregame demonstration, a stoppage-time game-winner, a welcome opener from a player in need and a scary injury suffered by Miami defender Andrés Reyes in the first MLS game since early March, which doubled as a Group A contest in this unique summer competition. The remaining 23 clubs were scheduled to play three matches each at ESPN’s Wide World of Sports across the next 16 days, after which 16 survivors will move on to the knockout stage. The winner will earn a place in the 2021 Concacaf Champions League.

At least it’s 23 clubs for now. Dallas, which had 10 players test positive for the coronavirus, was removed from the tournament Monday. Nashville SC may follow. Five members of the expansion team tested positive after entering the Orlando bubble, and four additional players who required extra screening also reportedly tested positive.

MLS commissioner Don Garber addressed the Nashville situation at halftime of ESPN’s Orlando-Miami telecast. He said the league expected to meet with doctors later that evening.

“If we find that we have a situation with Nashville where they can’t continue in the tournament, then we’ll make that decision overnight and move forward from there,” Garber said.

“The concept of all of this testing, our players as you saw wearing masks, of the sanitation of all of our facilities, is something that was put in place so that we could understand what’s happening when it does happen and be able to move forward with the tournament in a very safe and healthy way,” he added.

Only one player outside the FCD and NSC camps has tested positive. That’s a good omen for the bubble, even with the loss of one team and the potential departure of a second. Soccer was back Wednesday, and it looks like it’ll continue through to the MLS is Back Tournament final on Aug. 11.

This was a consequential MLS regular season game

There are some words you don’t see on the same line too often: “consequential” and “MLS regular season.” But Wednesday was big. It represented a significant triumph for MLS and ESPN, which organized the competition during a pandemic and in about three months. It offers the league the chance to have something resembling a valid 25th season, and it’ll put North American pro men’s soccer on national TV throughout a chunk of the summer.

There were hurdles, and there’s been risk and sacrifice. The tournament’s original format is already compromised. And things still may go sideways. But Wednesday’s match was important nevertheless, if only so we could see the assorted broadcast bells and whistles ESPN came up with (more on that below).

It also will be memorable for the participating teams. Orlando-Miami might not have been the best choice for the opener from an “MLS at its best” perspective. If anyone’s betting on this tournament, they’re not betting on those two. Orlando has done little but lose since entering MLS in 2015. It ended 2019 on an eight-game winless streak and started 2020 with one point in two games. Miami is an expansion side whose one big-name signing, Mexican forward Rodolfo Pizarro, didn’t start Wednesday. Both clubs have new players and new coaches—Óscar Pareja for City and Diego Alonso for Inter—and both teams aren’t as much works in progress as they are projects just underway.

But the matchup still was appropriate. MLS left Florida after the 2001 season, when the Tampa Bay Mutiny and Miami Fusion folded. Now it’s “Back” in more ways than one, and Wednesday’s meeting was the league’s first Florida derby in 19 years. It wasn’t ideal, played absent fans or much media attention. But most rivalries start off small. And with his 97th-minute clincher, Orlando captain Nani made it memorable.

“I think there will be a lot of eyes on the game with it being the first one to open up the tournament,” Orlando forward Chris Mueller during the build-up. “So for that reason and obviously all the reasons that go into developing a rivalry that we’ll see build throughout the years—we’re battling for more than regular season points—you’re trying to put a stamp on the state of Florida and these are the two teams here. So I think that’s really exciting as well and I’m definitely excited and looking forward to it.”

Misfiring forwards redeem themselves before Nani wins it

After so many months away, it was expected that touches, shots, passes and play on Wednesday would lack a bit of precision. Neither team was able to create much during the first half, as Orlando held most of the possession without threatening much while Inter sat deep with five backs and looked to counter.

But it still should’ve been 1-1 at halftime. In the ninth minute, Miami’s Nicolás Figal ripped a cross from the left flank that striker Juan Agudelo tried to shoot off the bounce. He shanked it wide of the open net from just six yards away.

Orlando (1-1-1, 1-0-0 tournament) then let Miami (0-3-0, 0-1-0 tournament) off the hook 13 minutes later as Mueller ran onto a smart angled pass by playmaker Mauricio Pereyra before seeing his glittering chance saved by Inter’s Luis Robles.

Both forwards made amends.

Agudelo’s big moment came in the 47th. The first goal of the tournament came following some deft interplay between Miami’s Victor Ulloa and Matías Pellegrini on the right side of the City penalty area. That freed Agudelo on the left post, and he finished off Ulloa’s cross. It was a big moment for Agudelo in his first Inter start.

The 27-year-old was considered a big international prospect a decade ago, and he scored in his senior USA debut in the fall of 2010. But his career stalled, and after a deal with Stoke City didn’t work out, he returned to MLS in 2015. Initial success with the New England Revolution turned sour the past couple seasons, and he scored only six league goals combined in 2018-19. The change of scenery, and Wednesday’s goal, should provide a welcome boost to his confidence.

Mueller then enjoyed his own redemption in the 70th, leveling the score after a nice run by Nani on the left flank. Mueller slid to meet Nani’s cross and beat Robles at the right post.

The Portuguese veteran, once a Champions League winner with Manchester United, then lifted his team to the much-needed win. An Orlando cross bounced off Figal, and Nani was there to side-foot home the loose ball.

There was so much added time because of a frightening incident midway through the second half, when City striker Dom Dwyer hit Reyes in the face or throat with his left arm (it appeared accidental but reckless). Reyes went down and was in distress, and he was stretchered off after several minutes on the grass. ESPN reported that Reyes was having breathing issues.

The TV experience: ESPN works with what it has

Wednesday’s broadcast became memorable one even before kickoff. It began with a poignant 8 minutes, 46 seconds of silence and a stirring statement for Black Lives Matter featuring the competing teams kneeling around the midfield circle while Black players from other MLS clubs, wearing BLM shirts, ringed the pitch and stood with their right fists raised.

“There’s the whole thing with the virus, but there’s other things that are going on that are also motivating, like Black Lives Matter,” Agudelo said before the game. “Of course, to use a platform where we’ll be nationally televised, it’s always good to use that in any positive way possible. A lot of people that have realized that we have the power to become something more than just guys that kick a soccer ball around the field.”

Once they did start kicking the ball around the field, the differences between MLS is Back and a regular regular season game were obvious. The Wide World of Sports is a field complex. There’s very limited seating. So MLS and ESPN surrounded the pitch and boxed it in, with the traditional low ad boards fronting a massive video wall that ran nearly the entire length of the far sideline and filled the TV screen. It was used for ads. There was also was a large ad superimposed over the center circle throughout the match.

Garber said last month that viewers, “will be impressed with the technology and the thought that’s gone into trying to test a handful of new concepts.” Among those concepts were cameras on booms, on a drone and in a locker room, microphones implanted into the field, “super slo-mo” replays and more. According to the Los Angeles Times, production costs for the tournament will be about $10 million.

The camera angles were decent—the high primary camera provided a good tactical view—and ESPN producers should get more comfortable with the array as the tournament progresses. The natural sound picked up by the mics replaced the canned crowd noise used on games from Europe. It provided about the same amount of background din. Some speech could be made out, some couldn’t, and occasionally the sound appeared to be muted on purpose when there were heated exchanges or conversations between a player and referee.

MLS is Back is a made-for-TV event, so those features will be as important to the league over the next month as goals and assists. 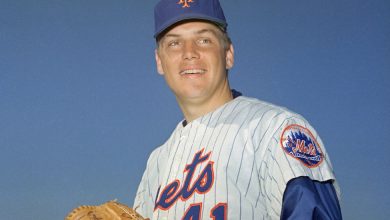 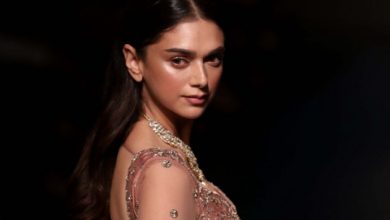 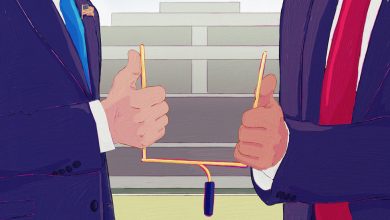 Trump and Biden Make Politics Out of College Football Shutdowns