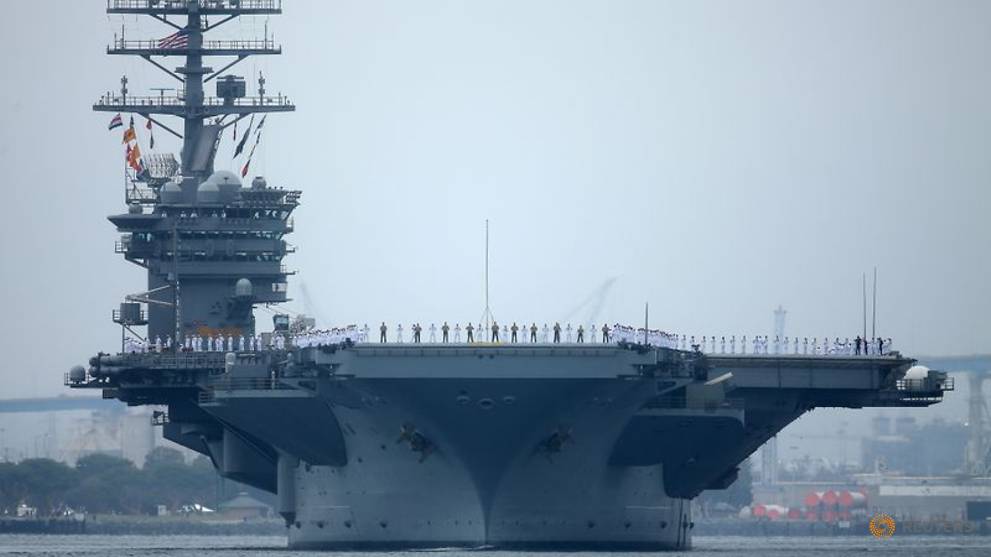 TOKYO: Two US Navy aircraft carriers are conducting exercises in the contested South China Sea within sight of Chinese naval vessels spotted near the flotilla, the commander of one of the carriers, the USS Nimitz, told Reuters on Monday (Jul 6).

“They have seen us and we have seen them,” Rear Admiral James Kirk said in a telephone interview from the Nimitz, which has been conducting flight drills in the waterway with the Seventh Fleet carrier, the USS Ronald Reagan, that began on the US Independence Day holiday of Jul 4.

The US Navy has brought carriers together for such shows of force in the region in the past, but this year’s drill comes amid heightened tension as the United States criticises China over its novel coronavirus response and accuses it of taking advantage of the pandemic to push territorial claims in the South China Sea and elsewhere.

China’s foreign ministry said the United States had deliberately sent its ships to the South China Sea to flex its muscles and accused it of trying to drive a wedge between countries in the region.

The Pentagon, when it announced the dual carrier exercise, said it wanted to “stand up for the right of all nations to fly, sail and operate wherever international law allows”, describing its 100,000-ton ships and the 90 or so aircraft they each carry as a “symbol of resolve”.

About 12,000 sailors are on ships in the combined carrier strike groups.

China claims nine tenths of the resource-rich South China Sea, through which some US$3 trillion of trade passes a year. Brunei, Malaysia, the Philippines, Taiwan and Vietnam have competing claims.

China has built island bases atop atolls in the region but says its intentions are peaceful.

Contacts with Chinese ships had been without incident, Kirk said.

“We have the expectation that we will always have interactions that are professional and safe,” he said. “We are operating in some pretty congested waters, lots of maritime traffic of all sorts.”