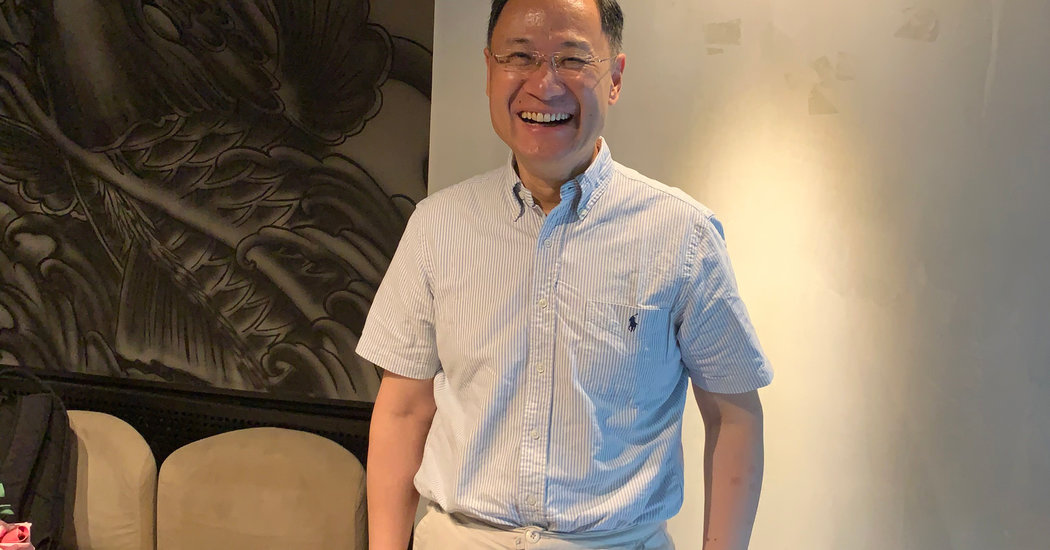 The police in Beijing on Monday detained Xu Zhangrun, a law professor and one of China’s most prominent and scathing critics of the Communist Party’s expanding control, his friends said.

Professor Xu, 57, had long taught at Tsinghua University, a prestigious school in Beijing, but the university banned him from teaching and research in 2019 after he issued a series of essays that, in barbed, elegant Chinese, condemned and ridiculed the swelling dominance of the party under Xi Jinping.

Police officers raided Professor Xu’s home in northern Beijing early in the morning, taking away a computer and papers, said his friend, Geng Xiaonan, who said she spoke to the scholar’s wife and students.

“The neighbors described about 10 police vehicles and two dozen officers who blocked and entered his house, and took him away,” Ms. Geng, a businesswoman in publishing and film, said by telephone. The account was corroborated by two other friends who spoke on the condition of anonymity.

“Xu Zhangrun said he was mentally prepared to be taken away. He kept a bag with clothes and a toothbrush hanging on his front door so he would be ready for this,” Ms. Geng said. “But it’s still a shock when it really happens.”

“There’s a famous old Chinese saying that a person of extraordinary integrity is a heron who stands out amid a flock of chickens,” Geremie R. Barmé, an Australian Sinologist living in New Zealand, who has translated many of Professor Xu’s essays, said by telephone. “He writes using a language of profound classical resonance that also refers to some of the greatest Western writers.”

It was unclear which arm of the police in Beijing took Professor Xu away, and Tsinghua University Law School did not have immediate comment. Ms. Geng said that a police officer had told Professor Xu’s wife that he was accused of soliciting prostitutes while visiting Chengdu, a city in southwest China.

“It’s just the kind of vile slander that they use against someone they want to silence,” Ms. Geng said.

Professor Xu’s essays have been banned in China, but have circulated widely over the internet through private channels. He first attracted widespread attention, and scorn from defenders of the party, for an essay in 2018 that denounced Mr. Xi’s increasingly hard-line politics and stifling of debate.

“People nationwide, including the entire bureaucratic elite, feel once more lost in uncertainty about the direction of the country and about their own personal security,” Professor Xu wrote in that essay.

Professor Xu continued writing despite warnings from university officials, and some colleagues, to stop. This year he has issued essays blasting the Chinese government for delays and deception in the early months of the coronavirus epidemic.

“The coronavirus epidemic has revealed the rotten core of Chinese governance,” Professor Xu wrote in February. “The political life of the nation is in a state of collapse,” he added, and “the ethical core of the system has been rendered hollow.”