As summer heat and bad news descend in tandem, I’ve been seeking refuge from one set of disasters in another — specifically, the disaster blockbusters of July weekends past.

Though I initially treated ‘Independence Day’ and ‘Armageddon’ as pure escapism, I emerged from my re-watches of both with a stiffer spine than I’d expected.

These late-’90s hits are fortifying to watch right now, and not just because the good guys triumph or because there’s little else on offer with Hollywood on hiatus and movie theaters closed. These movies are a popcorn affirmation of two ideas that we badly need right now: First, that it’s exciting and revitalising to tackle a challenge of world-destroying dimensions, and second, that there’s something we can all contribute to that effort.

To be clear, ‘Armageddon’ and ‘Independence Day’ are not practical guides to surviving a pandemic, nor even the sort of hard science fiction, like the pandemic movie ‘Contagion’, that has come to seem prescient in our current extremis. Both movies are gleeful, glorious nonsense.

What they have in common with our current moment is that their characters face an imminent, global threat: a planet-killing asteroid in ‘Armageddon’, a voracious alien race in ‘Independence Day’. What the movies have in common with each other is that the characters respond to these threats not with despair, not with the belief that they can wish danger away and not with a death-courting pursuit of immediate gratification, but with creativity and even joy.

‘Armageddon’ is the worse of the two movies, full of cringe-inducing moments (including one scene that involves animal crackers as a means of seduction). Yet the movie gets zip from a kind of cross-class, cross-racial solidarity as NASA astronauts and drillers, led by Bruce Willis as Harry Stamper, team up to get into space, tunnel into an asteroid bound for Earth and blow it up from within.

‘Armageddon’, in these sections, is fun because its characters are surprising, even to each other. Harry may be the kind of guy who likes to whack golf balls at boats full of Greenpeace protesters, but he’s as much a highly skilled professional as he is a troll. Rockhound (Steve Buscemi) has two doctorates from the Massachusetts Institute of Technology, but enjoys the money and pace of life on a rig. And NASA bureaucrat Dan Truman (Billy Bob Thornton) isn’t a hurdle or a prig: He’s innovative, moral and brave.

Yeah, the movie is, on the surface, a yarn about nuking a big rock. But it’s also a celebration of a wide spectrum of Americans – at least, of American men — and an argument that they all have something to offer to their home planet.

‘Independence Day’ embodies that idea even more broadly. Capt. Steven Hiller (Will Smith) is torn between his dreams of joining NASA and his love for his girlfriend Jasmine Dubrow (Vivica A. Fox), who works as an exotic dancer, worried that respectability politics will derail his career. David Levinson (Jeff Goldblum) is alienated from his Judaism and his wife, Constance Spano (Margaret Colin), whose all-consuming job as White House communications director he resents. Russell Casse (Randy Quaid) is an alcoholic veteran, traumatized by what he insists was an alien abduction.

‘Independence Day’ finds value and a use for all of them: Jasmine commandeers a big rig and saves the first lady (Mary McDonnell) from the ruins of Los Angeles; Russell leads a fleet of RV-dwellers that get Steven and an alien specimen to Area 51, then plays a crucial role in the final battle; Steven overcomes his careerism to propose to Jasmine and fly an alien spacecraft; and, in working to defeat the invaders, David comes to appreciate Constance’s devotion to public service and reunites with her.

Even the weaselly defense secretary (James Rebhorn) has something to offer in the end. When he joins a prayer circle led by David’s father, Julius Levinson (Judd Hirsch), he mentions that he’s not Jewish, worrying that he won’t be welcome. “Nobody’s perfect,” Julius tells him, urging him to take part. Faced with an alien invasion, the characters will take all the imperfect prayers they can get.

The COVID-19 pandemic is no action movie: We can’t blow up the virus or, as Steven does in the great applause scene in ‘Independence Day’, punch our adversary in the face and deliver a killer one-liner afterward.

Staying home, avoiding people we love and ordering in groceries feel more like inaction than heroics. Shutting down your business to stop the spread of the virus may feel like self-harm rather than noble sacrifice. Still, in performing these little acts of valor – in wearing masks and helping our neighbors, in finding creative ways to keep businesses alive, in denying ourselves routine pleasures and discovering new powers of self-reliance — we can save our communities and discover our best selves.

The end of our fight against this invader won’t be marked by giant explosions or underlined with a swelling score. But the battle against the coronavirus can be the closest we’ll get to starring in a blockbuster, if we’re ready for the challenge. 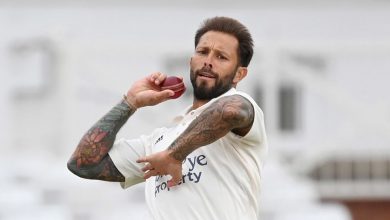 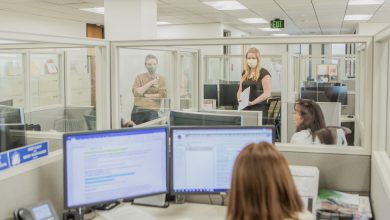 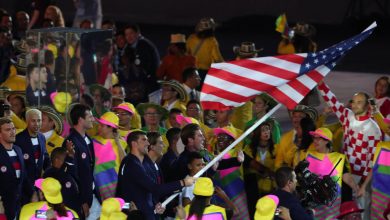 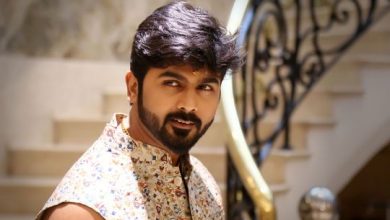 Kangana Ranaut reinventing herself as an actor, set to take stage as BJP candidate
September 17, 2020

Kangana Ranaut reinventing herself as an actor, set to take stage as BJP candidate