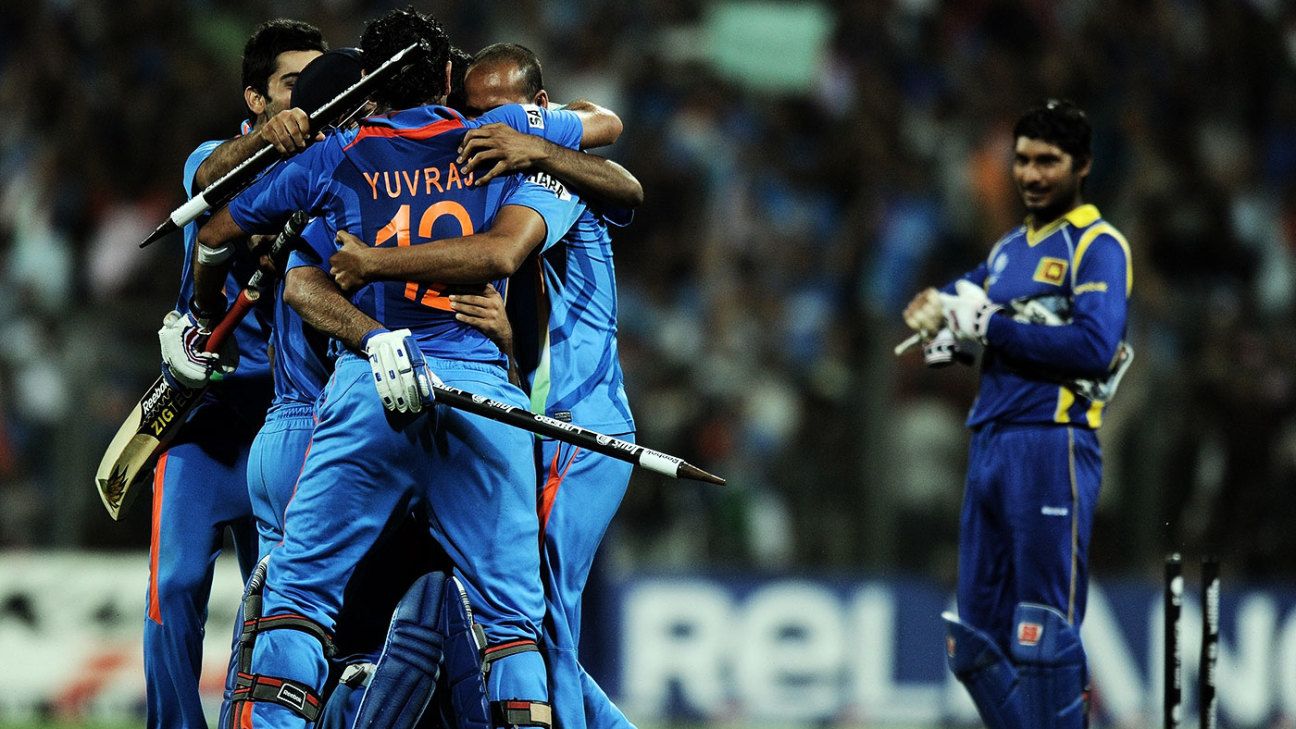 Sri Lanka’s cricketers and selectors have been cleared of fixing allegations and the investigation into the 2011 World Cup final dropped, after no evidence was found to support former sports minister Mahindananda Aluthgamage’s allegations.

Kumar Sangakkara (captain of that World Cup side), Aravinda de Silva (chief selector), and opening batsman Upul Tharanga were all summoned to appear before a special investigation unit set up by Sri Lanka’s sports ministry. They were each questioned for hours. Mahela Jayawardene, who scored a hundred in that game, was also due for questioning, but the investigation was halted before he appeared before the unit.

“From the three statements we’ve got, it was clear to us that the 14 points brought forward by Mahndananda Aluthgamage could not be substantiated,” Senior Superintendent of Police Jagath Fonseka told Lankadeepa. “Although it was said that a complaint letter had also been sent to the ICC, the ICC itself has not indicated that. The ICC hasn’t opened up their own investigation either.”

Aluthgamage’s allegations had largely – but not exlcusively – focused on selection. In particular he had made the point that Sri Lanka had made four changes to their XI for the final. Sangakkara, Jayawardene and de Silva, however, had always maintained that those changes were precipitated by injuries to Angelo Mathews and Muttiah Muralitharan in the semi-final. Muralitharan did eventually play the final, but has since said that he was not fully fit. Mathews, the allrounder who provided balance to the XI, could not play.

Aluthgamage had also alleged that Sanath Jayasuriya‘s omission from the World Cup squad was suspicious. As the sports minister at the time (Sri Lankan sports ministers have sway over the selection process, under the 1972 Sports Law), Aluthgamage is understood to have tried to get Jayasuriya into the squad. Jayasuriya had been dropped for poor form in 2009, however, and had not played a single ODI in 2010 or the start of 2011. The investigators are believed to have asked de Silva at length about why Jayasuriya was left out.

“All three of the statements we took provided reasonable explanations [as to how that game panned out],” Fonseka said. “They especially gave explanations as to why the team was changed. The other thing is this happened back in 2011.”

That the investigation was even launched was down to anti-corruption legislature that was only passed last year. The notion that corruption that allegedly occurred years before that legislation was passed could be investigated under that Act has been a shaky legal concept in any case.

Aluthgamage, who was sports minister during the 2011 World Cup, made the allegations in the run-up to the August 5 parliamentary elections, in which he is seeking re-election. Although he claims he has evidence in hand, no substantial proof has ever been made public. While he has stated that he made a complaint to the ICC at the time, the ICC has never confirmed this. In fact both a senior ICC official and the World Cup’s tournament director have both told ESPNcricinfo that no communication alleging corruption had been received in the months following that match.

Now the Sri Lankan police is swiftly shutting down its investigation over lack of evidence as well. Over the past few days, as cricketers were hauled in for questioning, public opinion also seemed to have strongly opposed the investigation.