Mumbai, Maharashtra: Long before Bollywood dance moves were simply acrobatic and borderline vulgar with their hyper-sexualised moves, there was Indian choreographer Saroj Khan who injected grace and soul into Hindi songs with her classy dance moves.

Prolific dance choreographer and dance maestro Khan, who died in Mumbai on July 3 due to a cardiac arrest, breathed life into more than 2,000 Hindi songs with her masterful dance movements.

Called fondly by Bollywood insiders as ‘Masterji’, her collaboration with top actress Madhuri Dixit is a bright spot in her career spanning four decades. Their songs like ‘Ek Do Teen’ and ‘Dhak Dhak’ from the 1990s were bonafide blockbusters where the actresses’ expressions were as important as those graceful moves. She wasn’t a choreographer who depended on a robust tribe of skimpily-clad background dancers, but relied on the actors’ and their exaggerated expressions to do all the talking.

Her dance moves featuring Aishwarya Rai Bachchan in love triangle ‘Hum Dil De Chuke Sanam’ and late actress Sridevi in ‘Hawa Hawaai’ was a masterclass in blending classical moves with popular Bollywood tunes. Her choreography with Bachchan and Dixit in ‘Dola Re’ in the lavish period romance ‘Devdas’ stands proof to her spectacular talents as a choreographer.

Born as Nirmala Nagpal, Khan joined the Hindi film industry as a child artiste in the film ‘Nazrana’ and soon became a background dancer. She has won several awards in the choreography department for films including ‘Tezaab’, ‘Chaal Baaz’, ‘Beta’ and ‘Khal Nayak’.

While her career flourished during the 1990s, her career started waning in the last few years. But she kept herself relevant by judging reality shows like ‘Nach Baliye’ and ‘Jhalak Dikhhla Jaa’. She famously met with actor Salman Khan claiming she was ‘out of work’ in 2019 and needed films desperately. She reportedly had a fall-out with Salman Khan in 2008 while filming the dance for ‘Andaaz Apna Apna’, but the two made up a decade later. According to reports, that rift between her and a superstar cost her a few plum projects.

Khan is a self-made choreographer who made in Bollywood through her own steam though. While her career was a mixed bag of triumphs and trials, there’s no denying that she brings out best in the likes of Madhuri Dixit, Rai Bachchan and Sri Devi. She could a bust some serious Bollywood moves, but Khan made it look spectacularly classy and effortless.

Families of Syria detainees hope for news amid US sanctions 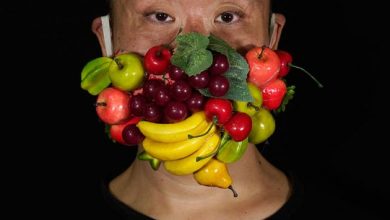 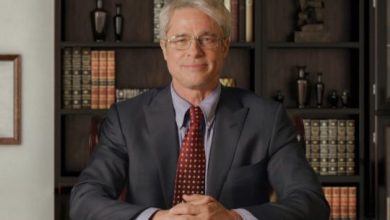 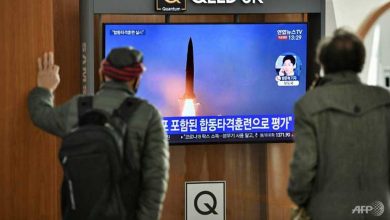 Will Smith tears up while honouring James Avery during ‘Fresh Prince’ reunion
May 1, 2020

Art and Culture: Introspection in isolation
May 6, 2020

Art and Culture: Introspection in isolation

Who wants a virtual date with Parineeti Chopra?
May 7, 2020

Who wants a virtual date with Parineeti Chopra?

Bollywood actor Sushant Singh Rajput’s t-shirt in Dil Bechara Trailer grabs the internet’s attention, making them wonder if he was screaming for help!

Raveena Tandon on Bollywood ‘outsiders’ and her own struggles
June 28, 2020

Raveena Tandon on Bollywood ‘outsiders’ and her own struggles

Sofia Vergara started losing her sight when she turned 40
May 25, 2020

Sofia Vergara started losing her sight when she turned 40