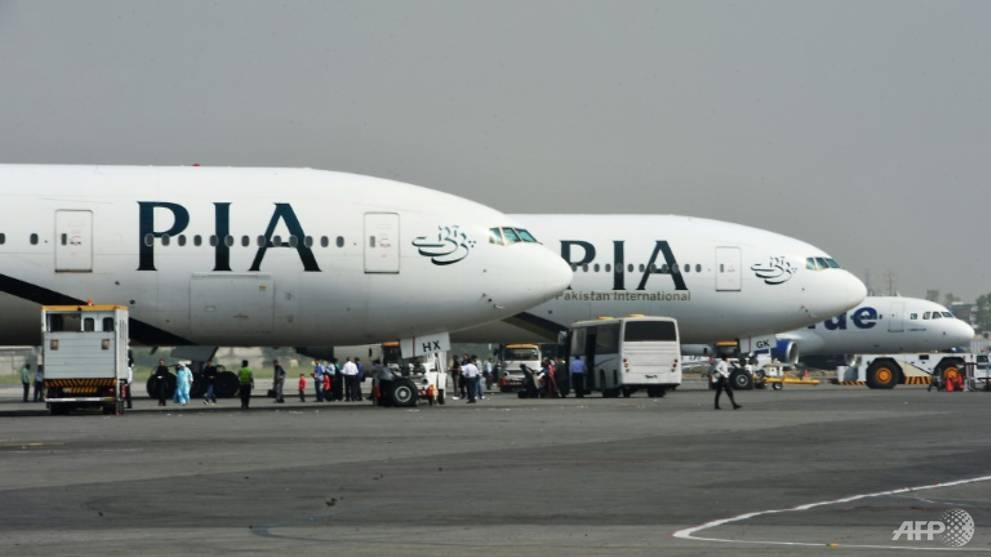 KARACHI: Regulators have barred Pakistan International Airlines from the European Union for six months after the state-run carrier grounded nearly a third of its pilots for holding fake or dubious licences, officials said on Tuesday (Jun 30).

The European Union Aviation Safety Agency (EASA) told PIA “it is still not sure” if all the remaining pilots are properly qualified, and “they have lost their confidence” in the airline, PIA spokesman Abdullah Khan told AFP.

In a statement, the EASA said it had suspended PIA and a smaller private Pakistan airline “in view of the recent investigation reported on in the Pakistani Parliament which revealed that a large share of pilot licenses issued in Pakistan are invalid”.

PIA has only flown limited international flights for months as a result of the coronavirus.

A resumption of domestic operations last month was followed by a crash blamed on pilot error that killed 98 people.

Flights to Britain, which is no longer in the EU, had not been affected, Khan said.

The EU suspension is the latest fallout for PIA after the aviation minister told parliament last week that a government review had found 262 of Pakistan’s 860 active pilots hold fake licenses or cheated on exams.

More than half of them were from PIA, and the airline said it would immediately ground 141 of its 434 pilots.

The EASA said it suspended PIA “due to concerns about the capability of competent authorities to ensure that Pakistani air operators are in compliance with applicable international standards at all times”.

“I want to tell my nation: We have no other option, reforms are inevitable,” he said on Tuesday.

Aviation minister Ghulam Sarwar Khan said reforms aimed at restructuring PIA would be completed by the end of the year.

On May 22, a PIA flight crashed into houses in Karachi, killing all 97 people aboard the plane and a child on the ground.

Investigators blamed two pilots, who were chatting about the coronavirus while they first attempted to land the Airbus A320 without putting its wheels down.