The premium on running backs has nearly returned to the good old days when selecting two running backs in the first two rounds was a very common draft strategy. This is way back when PPR scoring was just coming into its infancy. We haven’t quite reached those levels, but we’re not far off.

The unknown promise of a rookie has also never seemed to tempt drafters more so than now. As evidence, just look at the average draft position of players like Clyde Edwards-Helaire (28, RB15), Jonathan Taylor (48, RB22) and Cam Akers (67, RB29).

The third rookie RB coming off the PPR draft boards is the one I want to focus on. Coming into the league, he was often cited as one of the best rookie backs, just going off pure talent. He’s sunk a tiny bit because of his situation, but that doesn’t deter me.

Let me first allow SI Fantasy’s high-stakes football guru Shawn Childs to take the lead here in describing Swift’s talent and situation. This is from his recently published Lions outlook (and yes, he writes this much for almost every decent player in the game):

“As the lead rusher for Georgia over the last two seasons, Swift ran for 2,267 yards on 359 carries with 17 rushing touchdowns. He also picked up 56 catches for 513 yards and four more TDs. His season ended with only three carries for 15 yards over his final two contests.

Swift may have landed on the best franchise for him to make an impact in his rookie season. In my opening projections, I gave him the lead running back job, which came to 1,320 combined yards with nine TDs and 48 catches.”

If Swift put up those numbers, he’d have scored 234 fantasy points. He’d be the RB12 in 2019 & RB 11 in 2018. A low-end RB1 season would be pretty special although breakout rookie seasons aren’t uncommon. In 2018, Saquon Barkley led all RBs in PPR leagues. In 2017, Christian McCaffrey, Kareem Hunt & Alvin Kamara all finished in the top 10. In 2016, Ezekiel Elliott had his breakout (and best to date) season.

As noted by AllLions reporter John Maakaron, the over/under on Swift’s rookie season yardage total is 625.

Not surprisingly, the ADP price tags on those players were very high. You have to pay up to get your guy. If anything, we are seeing a significant discount on Swift because he wasn’t drafted as early as others, along with the poor reputation of Lions RBs for the better part of a couple of decades.

Here are some not very fun facts about Detroit RBs since Barry Sanders retirement in 1999:

Then we get to the names. So much promise! Ameer Abdullah, Jahvid Best, Reggie Bush, Joique Bell, Kevin Smith, and Kevin Jones (shoutout to all my Virginia Tech alumni out there).

What there is to like here is a very slept-on Lions offense. Matthew Stafford was actually killing it last year before he got hurt. In just eight games, he had 2,499 passing yards and 19 TDs. Extrapolate those numbers out (4,998 yards and 38 TDs) and it would have been his second-best yardage and TD season (in 2011, he passed for 5,038 yards and 41 TDs). Stafford hadn’t missed a game prior to 2019 since 2010. That was the year he injured his shoulder in the opening game and ended up requiring surgery to repair the injury a couple of weeks later.

So we have that big boost to look forward to along with the continued development of TE T.J. Hockenson. He’s an excellent run blocker and one of my favorite sleepers at my favorite position to aim for sleepers.

Plus, we have WR Kenny Golladay, who has to be one of the most under-appreciated stud receivers in the game. This despite having a monster 2019 season with Stafford out for half the year.

I mean really folks, the guy had 65-1,190-11 with David Blough and Jeff Driskel as his QBs for half the season. How is that even possible?

You may be surprised to get this far into the article and not hear the name Kerryon Johnson yet. AllLions reporter Vito Chirco recently discussed who would see more snaps in 2020, Johnson or Swift. That’s of course, the elephant in the room.

In fantasy football, we too often focus on the incumbents. We think of players as what we hoped them to be and not what they are. Johnson continues to be a very promising player. However, he’s been injured, off-and-on, for much of his short career. We should expect him to be a significant part of a two-headed committee to start the season. Lions head coach Matt Patricia may have a defensive background, but the Lions used two of their picks in the first five rounds on RBs (Swift in Round 2 & Jason Huntley in Round 5.)

Swift is not a banger and he has his own share of injury problems in college. He runs a bit upright for my tastes. What separates him from the pack and why I feel he will be special at the next level is his ability to change direction with losing almost no speed, along with his open-field vision and balance. Swift doesn’t break ankles; he just keeps it moving and finds space in between defenders. He has very little wear and tear because he was so frequently used in a RB committee in college. He has very good hands for a back and can contribute heavily to the passing game.

Because of the Lions woeful 2019 season and poor history at the position, there’s a built-in discount with Swift. A featured role may be off the table, but you’re able to draft Swift in Round 5 (or beyond) as a possible RB3/FLEX1, I’d love that.

With RBs going heavy in Round 1, you have to secure the position early, and hitting on a potential stud like Swift will give you a leg-up on your competitors. Look for his ADP to continue to rise as drafters get a better feel for the board. 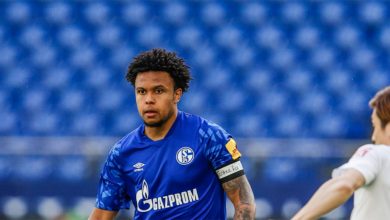 What if Power 5 schools split from the rest of the FBS? 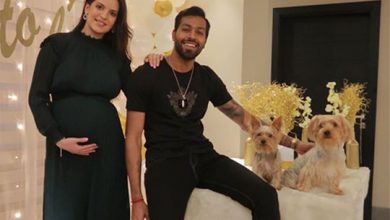 Life in pictures: Saroj Khan made Bollywood dance to her tunes
2 weeks ago