HYDERABAD: China is no longer the economic spring chicken it once was. When the collapse of Lehman Brothers in September 2008 plunged the global economy into a near death experience, it was the aggressive fiscal stimulus provided by China that prevented the downturn from spiralling into a depression.

This time is different. In the wake of the economic crisis triggered by COVID-19, China is ferociously battling its own growth slump, forget about saving the world.

Its economic output shrank by a whopping 6.8 per cent in the first quarter of this year, its first quarterly contraction since 1992.

For an economy that has been turbo charging at breakneck pace for three decades – the Chinese economy has not contracted on a full year basis since the 1970s – this is a stunning decline.

First, will China return to being the global powerhouse it has been or will it acquiesce into a structural slowdown to allow its economy to rebalance growth?

Second, how will the post-COVID-19 geopolitics impact China’s prospects and what repercussions will this have on the global economy, in general, and Asian economies, in particular?

China was already slowing before COVID-19 hit its Hubei province in early January and then rapidly engulfed the world.

Part of the slowdown was structural, typical of a middle-income country trying to move up the value chain in the face of rising real wages.

Part of it was also a consequence of the uncertainty brought on by its trade war with the US that has sapped its exports, depressed consumer confidence and unnerved investment sentiment.

In an unprecedented move, back in May, the Chinese government abandoned its long-standing practice of setting a growth target for this year, a tacit acknowledgement of the difficulty of navigating the economy through the uncertainties of the post-COVID-19 era.

For sure, China will recover a decent pace of growth.  Even this year when every major economy is on course to contract, China is set to clock positive growth of 1 per cent overall, according to the IMF’s updated World Economic Outlook.

The IMF also predicts a growth rebound in China in 2021, reaching 8.2 per cent, partly reflecting a projected recovery in global demand.

READ: Commentary: Small businesses are the canary in the US economic coal mine

Looking ahead to the medium-term, even assuming a benign global environment, China’s growth will moderate on a trend basis owing to many structural problems including an ageing population, growing inequality, high debt and financial sector stress all of which will erode its global economic muscle.

Over the last decade, India had occasionally usurped bragging rights from China as the world’s fastest growing large economy but it is far from being the world’s growth engine. With GDP just under US$3 trillion, India is a large economy for sure, but its per capita income of just over US$2000 puts it among the poor countries of the world.

India too, like China, entered the crisis with its economy already quite battered by slowing growth, large fiscal deficits and a financial sector weighed down by bad loans.

Analysts agree that the economy will contract this year – for the first time in 40 years – with the IMF forecasting the pace of contraction to be at 4.5 percent.

In a low-income country like India, such a steep collapse in output can mean millions of poor households losing livelihoods, micro and small enterprises in the country’s vast informal sector being pushed into bankruptcy and financial stability becoming vulnerable.

The government launched a fiscal stimulus package including an expansion of its flagship employment guarantee programme, but it was criticised for having too little direct support to the vulnerable households and enterprises.

READ: Commentary: India’s struggle with COVID-19 could get much worse

Arguably, more than anywhere else, India’s short-term prospects are hostage to the COVID-19 graph which as of Jun 29 is still ferociously on the rise.

Should the virus come under control over the next quarter, India can hope for a “V” shaped recovery next year with output growth returning to about 6 per cent, largely because of the base effect.

Its medium-term prospects will however be weighed down by high debt, financial sector stress and structural impediments to investment.

Prospering on the back of globalisation, East Asia in particular has emerged as the world’s fastest growing region for the last several decades.

The coronavirus triggered economic crisis came as a double whammy to the region already battered by the trade war.

According to the World Bank’s Global Economic Prospects, the region’s growth is projected to slow sharply in 2020 to 0.5 per cent – the lowest rate since 1967.

For sure, East Asia is better prepared to fight a crisis today than it was more than 20 years ago at the time of the Asian Financial Crisis because of a buffer stock of foreign exchange reserves and stronger macro fundamentals.

Nevertheless, the uncertainty surrounding the pandemic in terms of duration and intensity suggests that the potential economic impact could be deeper and longer lasting.

Although country specific variations in terms of the structure of the economy and initial conditions will make some difference, the channels of transmission for the crisis are common across the region.

By far the most important is the export channel, the region’s main growth driver, which is staring at a steep decline across the entire range – manufactured components, textiles and commodities.

READ: Commentary: The US is still key to the post-COVID-19 economic leadership

A second channel of transmission is tourism – a significant source of revenue for many of these economies – which has slumped on account of the lockdowns and will likely revive only slowly.

The finance channel constitutes the third route of transmission with some of the more vulnerable economies of the region facing the prospect of capital flight and consequent financial instability.

Singapore is much more vulnerable to a global slowdown since it depends more on external demand and operates at the higher end of the value chain than its neighbours. Reeling under the trade war, its output fell last year to the lowest level since 2009.

Partly as a result of the circuit breaker lockdown the government imposed for over two months, the economy is predicted to shrink by 4 per cent to 7 per cent this year.

Although the proximate cause for East Asia’s slowdown is the coronavirus, the region has already been hurting from the spill over impact of the US-China trade war and the underlying super power rivalry for economic muscle, military supremacy and geopolitical influence.

East Asia has much at stake in these intensifying geopolitical tensions.

Asia has prospered because Pax Americana, which has held since the end of World War II, provided a favorable strategic context. But now, the troubled US-Chinese relationship raises profound questions about Asia’s future and the shape of the emerging international order. Southeast Asian countries, including Singapore, are especially concerned, as they live at the intersection of the interests of various major powers and must avoid being caught in the middle or forced into invidious choices.

There can be no better summing up of the challenge for Asia going forward.

Dr Duvvuri Subbarao is a former governor of the Reserve Bank of India. 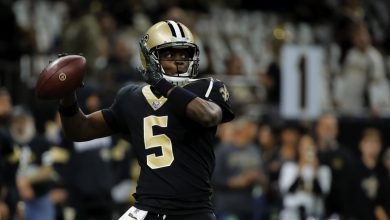 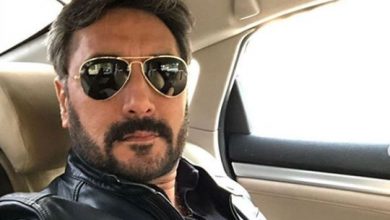 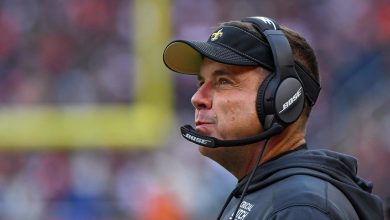 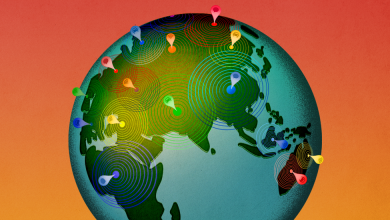