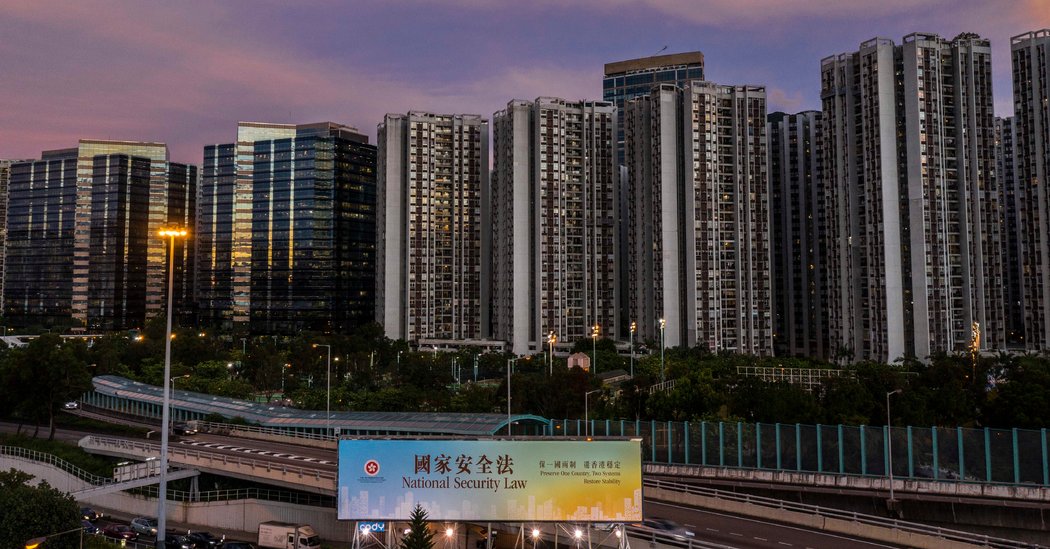 “This will change Hong Kong. It’s a bridgehead,” said Danny Gittings, an expert on Hong Kong’s legal status. “It’s the most fundamental change since the handover. But that doesn’t mean that the changes will be immediately apparent.”

So far, many companies in Hong Kong appear confident that commerce and contracts will remain largely untouched by the law. Hong Kong officials have said that only a small number of people would be targeted by the rules, and the territory is likely to preserve some room for criticism of the Communist Party of the kind forbidden inside mainland China.

“The law will not affect Hong Kong’s renowned judicial independence,” Carrie Lam, the chief executive of Hong Kong, who serves with Beijing’s blessing, said in a video speech to the United Nations Human Rights Council on Tuesday. “It will not affect legitimate rights and freedoms of individuals.”

Still, the law may bite faster and sharper than some expect, including in education, where the party has warned against Western influence and dissenting ideas.

Hong Kong politicians loyal to Beijing and Chinese policy advisers have called for the rules to be enforced swiftly and vigorously, extinguishing any possible recurrence of the protests that hit Hong Kong last year.

Four leading members of Demosisto, a youth opposition organization at the forefront of protests last year, said on Tuesday that they had quit the group, citing risks from the law. Two pro-independence groups, Hong Kong National Front and Studentlocalism, said they would end activities in the territory.

The Standing Committee of the National People’s Congress, an elite arm of the party-controlled legislature, voted unanimously for the law a day before Hong Kong commemorates the 23rd anniversary of its handover to China. Mr. Xi then officially signed the law, leaving Hong Kong to take the final steps of putting the legislation into effect. The July 1 anniversary has usually been a day for big street protests in Hong Kong, which have been muted for months.