Actor Sonu Sood had given himself one year to crack Bollywood when he moved to Mumbai, the epicentre of Hindi film industry, from his hometown of Moga in Punjab.

“I didn’t even know the roads of Mumbai and it took me a year to figure that out. Once you pack your bags from a small town to a city like Mumbai, you realise that it’s so difficult to survive here — mentally, physically and financially. The chances of you making it here is close to nil as an outsider. It’s very tough,” said Sood in an exclusive interview with Gulf News.

Sood remembers complaining to his father that star kids have it so much easier compared to an outsider like him. He had no doting dads or producer uncles to help him put a foot through that glittering door.

“The star kids know the tricks of the trade and we can’t compete with that. There are times when you wonder if they deserve to be there, but that’s the nature of our work and we need to understand that,” said Sood, whose credit includes ‘Happy New Year’ with Shah Rukh Khan and ‘Dabbang’ with Salman Khan.

Sood, who has been engaged in humanitarian work during the COVID-19 crisis by arranging transport for migrant workers in Maharashtra to their native villages, claims he has never been a part of any camp or sworn allegiance to any particular A-lister or production house.

Currently, his charity work has turned him into a saviour of migrant labourers, with social media calling to honour the actor with the highest civilian honour in India — the Bharat Ratna.

While his journey in Bollywood has been riddled with challenges and tough choices, the amiable actor is one of the few success stories to emerge from Hindi cinema.

Actor Sushant Singh Rajput’s suicide on June 14 at his Mumbai residence has sparked a conversation about the dark forces that invade Bollywood and triggered debates on nepotism, privilege enjoyed by star kids and herd mentality. So what did he do right?

In a detailed investigative report carried out by Gulf News this week, a cross-section of directors, actors and talents have spoken at length about the existence of favouritism and exclusive cliques in Bollywood.

The glittering world of musicals are also famously hostile to outsiders. But Sood has a pragmatic take on the subject of camps led by powerful players in Bollywood. If you are a part of an elite camp — led by actors or prominent production houses — you are likely to get a free pass for a few plum projects.

“Trust me, no camp can make you a star either. The camps might make your journey smooth and help you reach your goals faster, but ultimately it is your talents that will help you survive … When I came to Mumbai, I had promised myself that I would make it no matter how difficult it’s to survive here,” said Sood.

The actor believes that you have to find ‘your own way and path’ in this industry.

“Everyone will give gyaan [advice] to you … Bollywood is all about how long you can hold your breath under water. The moment you open your mouth, you will drown. And trust me, patience and perseverance are the only currencies that have any value here.” 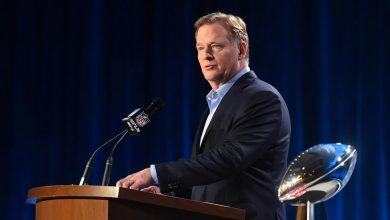 Coronavirus: NFL is Wrong Not to Delay Free Agency 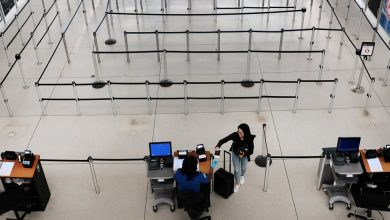 The Relief of Clear Instructions in the Age of Coronavirus 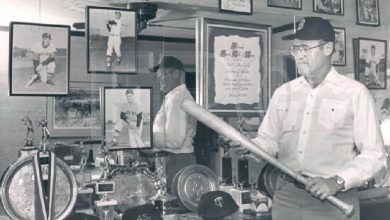 Carroll Hardy, Athlete With a Unique Distinction, Dies at 87

The ‘Ellen DeGeneres Show’ not going off air, confirms producer

Kelly Osbourne reveals she had gastric sleeve surgery 2 years ago