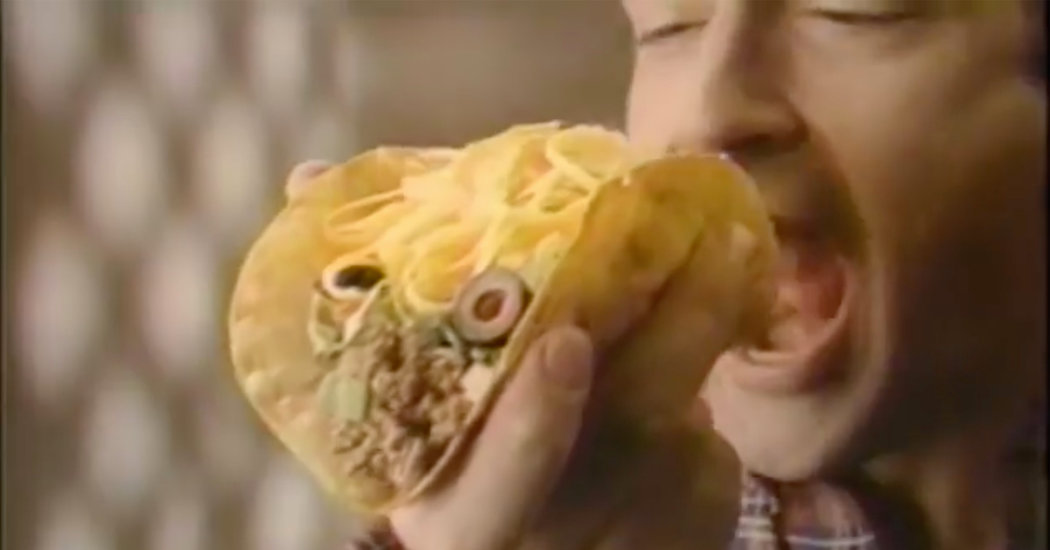 At the end of yet another long day indoors, when I want to unwind, I’ll put on the commercial breaks from the 1985 American Music Awards or CBS’s May 3, 1983, broadcast of “The Hunchback of Notre Dame.” I am transported to a magical time, full of smiling faces and hokey jingles, when you could buy a new car for less than $10,000 and Kraft had a line of “Casino” cheeses that were extra mild, in case regular Kraft cheese was too flavorful for you.

There were computers, but they were gargantuan, not cursed with internet access, and they came with “a clever pointing device called a mouse.” Magazines and radio stations were profitable enough to advertise on TV. A commercial for The National Enquirer includes a serious voice-over that says: “Can people fall in love with their computers?” As always, “Enquiring minds want to know!”

In a bumper for a newsmagazine program, a reporter muses: “[It’s] the year of the yuppie, but what is a yuppie?” That’s right, fellow millennials: Not long ago, young people had so much economic opportunity that their generation was defined by its upward mobility.

I have plenty of grievances about living out my prime under the chaos of President Trump and the coronavirus pandemic, in a time when everything is digitized in a way that feels incredibly alienating. But the silver lining is that the past is more accessible than ever. Search YouTube with the word “commercials” and the decade of your choosing, and you will find hundreds of compilations, including transfers of old broadcasts with everything but the advertisements and the breaking news updates edited out.

I put on these compilations as background noise when I’m doing chores or eating dinner. It allows me to make believe that I live in a world I never got to inhabit but is still familiar, a time that seems simpler by virtue of the fact that it isn’t actively making me miserable.

It’s easy now to watch old movies and TV shows ad-free, and because we’re in the age of reboots and sequels, we are constantly being offered new versions of old things. The franchises of yore, from “The Terminator” to “Full House,” have maintained their cultural capital — if you think sex sells, just wait until you hear about nostalgia! The past is all around us, and still it remains elusive, remixed beyond recognition.

Meanwhile, the internet has created an ecosystem where content, old and new, gets cut into tiny pieces and meme-ified until its context totally collapses. There once was a time when, if I wanted to go back to the 1980s, I would watch the music video for Michael Jackson’s “Thriller”; but the moment when Jackson eats popcorn has been co-opted into one of the internet’s most iconic GIFs, which brings me back to the 21st century and ruins the purity of the experience.

Old commercials, however, don’t have the same longevity as film, TV and music because they are pieces of cultural detritus, sealed away in the landfills of history. Unsullied by the present, they provide an unfiltered flavor of another era.

Recently, I was lying on my couch, looking idly at my phone and trying not to completely lose my mind after three months of lockdown, while an ad compilation played in the background. I glanced up from my phone when a Maxell commercial from 1985 came on, then I watched it again, totally rapt, free of my oppressive reality for a tiny moment.

In the ad, it is long after the end of life on Earth, and all that remains is rubble. A Maxell cassette tape lies among the barren rocks as the wind hisses loudly. A robot that looks like a bootleg storm trooper reaches down and gently picks up the tape.

“When it’s recorded on a tape that’s built to standards 60 percent higher than the industry calls for, rock ’n’ roll is really here to stay,” a voice-over says. The robot jams the cassette into a slot in his head and we hear “Great Balls of Fire” by Jerry Lee Lewis. The robot, along with his robot friend, dance excitedly. The voice-over reminds you: “Maxell. It’s worth it.”

The central premise of the commercial — that the cassette tape will outlast humanity — is so wrong, which makes it so charming. I admire its confidence and its strangely rosy vision of a dystopian future, how it assumes that the spirit of the 1980s will live on forever, that the cassette is the end of technology.

If you think that choosing to watch ads seems absurd, I don’t blame you. The worst part of watching these compilations is when they are interrupted by contemporary commercials, which are always 10 times louder than their vintage counterparts and are nowadays mostly smarmy messages from mega-corporations saying that they know times are tough, but they are here for you.

The most vexing part of any ad is that its purpose is to manipulate you into buying something you might not be able to afford. The passage of time assuages that anxiety. Old commercials are tiny slices of history, focused often on solving some problem that a viewer couldn’t have in 2020. “Think of all the pictures that got away when you were busy winding the film,” urges one Kodak ad from 1983. (If only this were my struggle!)

Old advertisements for timeless products, on the other hand, like a commercial from the National Dairy Board that aired in 1986, have a naïve charm that contemporary commercials lack. A man closes his eyes in bliss as he takes a bite of a criminally oversized taco. A boy’s face twists in ecstasy as he eats nachos, smothered in what looks like Velveeta. A supernaturally happy woman playfully tosses handfuls of grated Cheddar in the air. The jingle, a paean to all things cheese and sung to the tune of a Mexican folk standard, repeats: “Aye, aye, aye, ayyyye. I love real cheeses.”

It’s almost too vexing to be enjoyable; surely, had I been alive in 1986, I would have hated this ad. But the pure optimism of the whole thing — its distinctly ’80s aesthetic and total lack of irony — transports you into a fictional little universe where eating more cheese is the key to happiness.

Despite the pleasure that these old commercials bring me, they also fill me with yearning. I lament that I was unable to catch the original broadcast, that I couldn’t experience a time when getting a college degree didn’t rack up thousands in debt and a young person without an inheritance could still afford to buy a house.

But the past often seems rosier than the present, and of course it seldom was. And old commercials don’t really tell you how things used to be anyway — that’s not the point of watching them.

Instead, they present an anachronistic vision of what the ideal world looked like at a specific moment in time. At a time when things feel totally broken, contemplating the unrealized hopes of another era might, one imagines, leave you feeling a little sad. But viewed across time, the commercials also offer a special kind of solace, a strange testament to the perennial optimism of the human spirit. Dreams go unfulfilled, but they keep coming back.

I’ll say it now, and I’ll probably say it again in 30 years: They just don’t make commercials like they used to.