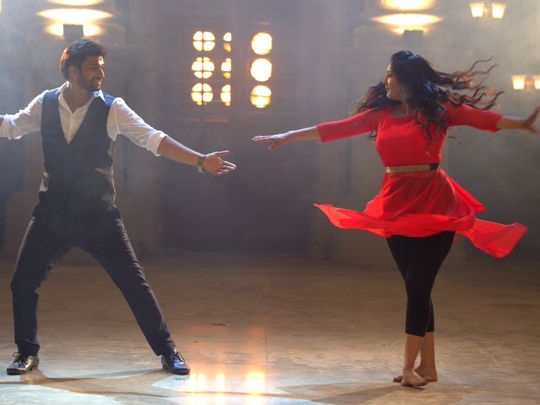 Directed by actor-choreographer Gayathri Raguramm, ‘Yaadhumaagi Nindraai’ is based on the life of a backup dancer. In any song-dance sequence of a film, the backup dancers largely go unnoticed, with the focus being the lead actors.

Uniformly attired and made to shake their legs in a regular pattern, these dancers exit quietly when the song sequence ends.

Tamil film ‘Yaadhumaagi Nindrai’ is the story of Thamarai, a young backup dancer in cinema. Raghuram fills in the shoes to take the lead role in her directorial debut.

“This story, set in the 90s, was inspired from real life situations,” said Raghuram, who entered cinema as an actor aged 14 years.

“It’s a universal story not just in Tamil and Hindi cinema but in Hollywood too where women endure a lot while trying to find their dreams,” she said.

Vasanth Vasi and Nivas Adithan play the leads opposite her, while Sindhu Krishnan essays a prominent role.

“Women will relate to the story because the situations are not confined to cinema. Take any sphere where women are trying to make a break and there are stories of their innocence being exploited,” Raghuram added.

Raghuram began assisting her aunt choreographer Brinda aged 14 during stage shows. She has acted in all four South Indian languages. Her debut Malayalam film ‘Nakshathrakkannulla RajakumaranAvanundoru Rajakumari’ was opposite Prithviraj.

She began her journey as choreographer with Tamil films, ‘Poi Solla Poram’ and ‘Jayam Kondaan’.

With more than 200 films to her credit, she recently trained Kangana Ranaut for upcoming Tamil film, ‘Thalaivi’.

“It’s a semi classical number. Kangana is a dedicated person who was completely immersed in the dance all the time,” she added.