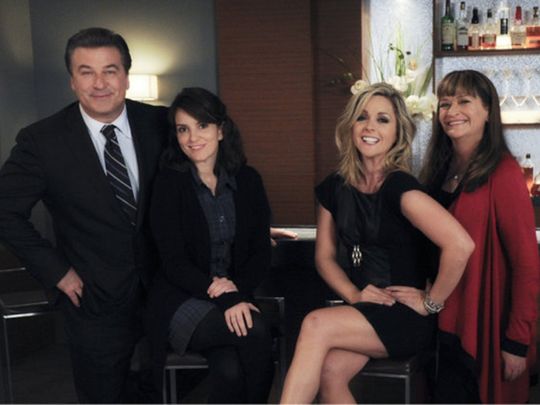 Episodes of the NBC comedy ‘30 Rock’ featuring characters in blackface will no longer be available in rerun or streaming form, at the behest of executive producers Robert Carlock and Tina Fey.

According to Vulture, the network has promised to pull four episodes — including two featuring Jane Krakowski’s character, Jenna, in blackface — from entertainment platforms Hulu, Amazon Prime, iTunes and Google Play. Traditional TV stations have also agreed not to rebroadcast the episodes going forward.

“As we strive to do the work and do better in regards to race in America, we believe that these episodes featuring actors in race-changing make-up are best taken out of circulation,” Fey wrote in a letter to the platforms that streamed or sold ‘30 Rock’, obtained by Vulture.

“I understand now that ‘intent’ is not a free pass for white people to use these images. I apologise for pain they have caused. Going forward, no comedy-loving kid needs to stumble on these tropes and be stung by their ugliness. I thank NBCUniversal for honouring this request.”

In the third season of ‘30 Rock’, Krakowski’s Jenna wore blackface while swapping identities with Tracy (Tracy Morgan) in an effort to experience life as a Black man. Jenna later appeared in blackface for a second time in Season 5 when attending a costume party dressed as former Pittsburgh Steelers star Lynn Swann.

Actor Jon Hamm also wore blackface on ‘30 Rock’, appearing as a guest star on the sixth season. Hamm’s character donned blackface and a wig alongside Morgan in a parody of the racist radio and TV program “Amos ‘n’ Andy.”

NBC isn’t the only distributor making moves to scrap racist content in recent weeks. Earlier this month, WarnerMedia made headlines for pulling the 1939 Civil War drama ‘Gone With the Wind’ from its new streaming service, HBO Max.

Last month, comedian Jimmy Fallon came under fire when a clip of him wearing blackface on a 2000 episode of ‘Saturday Night Live’ resurfaced. The TV host later apologised for the “unquestionably offensive” incident on Twitter and ‘The Tonight Show’.