Is he the Justin Timberlake to his Timabaland?

Palestinian R’n’B singer K.K. says that Syrian-British producer Rayan Bailouni has brought out a dormant side of him — and it’s his growing fans who are reaping the rewards.

With Bailouni’s backing, K.K. has been delivering solid tracks moulded out of sultry heartbreak and alt-R’n’B beats, the kind of songs that you turn up instead of off when they come on the radio.

And while pop star Timberlake and megaproducer Timbaland have given us iconic hits such as ‘Carry Out’, ‘Cry Me A River’ and ‘Give it to Me’ over the years, K.K. and Bailouni have released three songs together already — ‘Nights Like This’, ‘You Tell Me’ and ‘Never Enough’, the last of which dropped on Friday. The new single, available on all major digital platforms, conjured up comparisons to the likes of PartyNextDoor and Miguel.

Speaking to Gulf News, K.K. exclusively reveals plans to release his debut EP or album before the year ends. Plus, he takes us into the process of picking through past pain for art and gives us a peek into his next song.

Congrats on the new single. Is this your favourite so far?

Thank you! It’s hard for me to say it’s my favourite because as cliche as this answer will sound, all three have been special to me in their own respective ways. It is amazing, though, to see ‘Never Enough’ out to the world, because it’s actually one of the first few songs me and Bailouni recorded together, and so naturally, there’s been a stylistic evolution since, but it’s really cool seeing listeners vibe with it.

You’ve spoken before about having a special relationship with Bailouni and how meeting him changed your path as an artist. How so?

I met him through a colleague … Before meeting him, I’d only really sung a few times here and there to friends and family or uploaded some (not so great) covers on Facebook and SoundCloud but that was as much as I’d done musically. Then one day he sent me a voice note encouraging me to give music a shot, even if I wasn’t looking at it as a full-fledged career. To me, the fact that a stranger spoke to me about my passion with such drive and vigour was mind-blowing. Here we are, almost two years later, making more music than ever before.

Let’s talk about ‘Never Enough’. What was the inspiration behind it and how did you and Bailouni work together to make it happen?

I always say that my songwriting is often driven by subconscious emotions and the remains of past experiences. ‘Never Enough’ describes a far too common scenario where a relationship comes to an end because, despite investing as much in it as possible (if that’s even a thing), for the other person, it’s just never enough. This was one of the first few songs we worked on — the second to be specific — and despite not having worked long with each other, we turned the song around in one session.

With three official tracks out, you’ve started to go more solidly into the alt-R’n’B realm. Is that something you feel fits who you are as a storyteller? Are you going to keep going down that road?

It’s actually really refreshing to hear you use that label because that’s actually exactly the realm I’m looking to cement myself in. It’s definitely what feels most natural right now but I’m also always looking to experiment and challenge myself, as long as the timing is right. So, for now, alt-R’n’B is what makes the most sense but who knows what the future holds.

Take us back a little. What were you like when you were a kid? Were you always a performer?

Oh wow. I was actually quite shy as a kid. I wasn’t the type to cause much trouble (unless my mom’s been lying to me) and my personality was pretty introverted for the majority of my life. But, somewhere along my university days, I developed some sort of extroverted layer so I feel like I balance between the two. In terms of being a performer, I think I’ve become a lot more comfortable with that in the past five years or so. Although, I did perform at my brother’s wedding in 2012 (after dancing my shoes off for hours) and I think that gave me a confidence boost.

When and how did your interest in music begin?

In terms of listening to music, it’s been an integral part of my life for as far back as I can remember. But when it comes to singing, I’m not one of those people that can say I’ve held a microphone since I was 5 or 6 years old. It took a bit longer for me and I think I started to realise that I had a decent voice when I’d try to sing along (mostly in the shower) to some of my favourite 90s and early 2000s R’n’B tracks.

Who would you say are your biggest music influences? Like, if someone was a fan of XYZ, they’d understand your vibe, too?

That’s always a tough one! I get influenced by a lot of different artists and genres, taking ideas from here and there and trying to incorporate them within my music. But in terms of artists that I think have fanbases that would resonate with my music, I’d go 6lack, Khalid, H.E.R., Bryson Tiller and Bazzi.

Love and heartbreak seem to be central to your lyrics. Do you think we’ll get a happy K.K. song at some point?

That definitely got a laugh out of me! Listen, anything is possible when it comes to art so I won’t rule it out but I think pain is one of the biggest reasons artists, and human beings in general, feel like they need to express something. I wouldn’t say my music comes from a space of pain per se, but it definitely taps into the experiences I’ve had that haven’t ended in a typically happy manner. Many artists claim that music is a form of therapy for them and I’m no exception. More than often, when I’ve translated my thoughts and emotions into a song, that’s when I begin to break from that experience.

Can you give us a teaser about what song you’re working on next?

The next song me and Bailouni are dropping will be out in July and it follows the same theme as the first three. Sonically, however, it’s probably the most R’n’B of the four. It’s a break-up song that’s a dialogue disguised as a monologue, detailing how a grey area can turn into an irreversibly black one.

You’ve dropped three strong singles so far. Can we expect an album or an EP from you this year?

I haven’t announced anything yet so I guess this is what you would call an exclusive, but yes, the plan is to have an EP/album released near year-end.

Finally… drop a fun fact about yourself people might not know.

Let’s see… I’m a diehard Inter Milan fan, I have a 9 to 5 in a communications agency and I’d love to start a podcast one day. Oh, and I’d love to open a restaurant as well, because who doesn’t love good food? 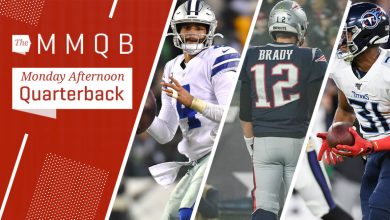 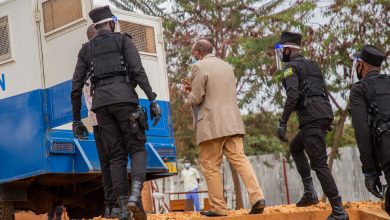 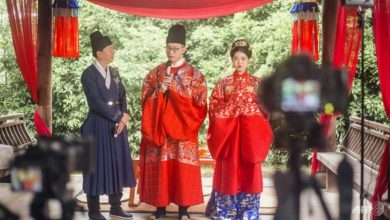 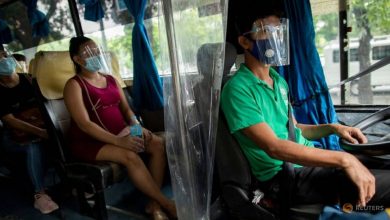 Egyptian-American actor Ramy Youssef: ‘Ramy’ is what I always wanted

Film adaptation of new ‘Hunger Games’ book is in the works

Irrfan Khan on beating cancer and his Bollywood return
March 11, 2020

Irrfan Khan on beating cancer and his Bollywood return