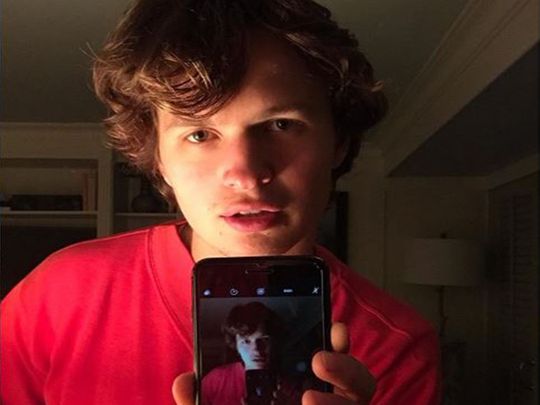 Ansel Elgort has responded to sexual assault allegations issued against him online on June 19, claiming that he had never assaulted the accuser but rather ghosted her.

However, Twitter user Gabby has accused the actor of sexually assaulting her when she was only 17 years old.

Via the Twitter account @itsgabby, she posted a now-deleted text that detailed the alleged sexual assault. She said she had sent the actor a DM two days ahead of her 17th birthday and got his private Snapchat handle.

“I was just a kid and was a fan of him,” she wrote. “So when it happened instead of asking me if I wanted to stop having sex knowing it was my first time and I was sobbing in pain and I didn’t want to do it the only words that came out of his mouth were ‘we need to break you in’.”

Gabby added: “I WASN’T there in that moment mentally. I disassociated myself and just felt like my mind was gone I was in shock.”

She also claimed that Elgort had asked, at an unidentified time, to be joined by another of Gabby’s friends who was underage, and that the actor had told her she shouldn’t tell anyone as it could “ruin his career”. She said that years later, she has PTSD and panic attacks and that she attends therapy.

“Finally Im ready to talk about it and finally heal,” she wrote.

Elgort has now responded on his own Instagram page, saying he was “distressed” to see posts about him circulating online.

“I cannot claim to understand Gabby’s feelings but her description of events is simply not what happened. I have never and would never assault anyone,” he wrote.

“What is true that in New York in 2014, when I was 20, Gabby and I had a brief, legal and entirely consensual relationship. Unfortunately, I did not handle the breakup well. I stopped responding to her, which is an immature and cruel thing to do to someone. I know this belated apology does not absolve me of my unacceptable behavior when I disappeared.”

Elgort added: “As I look back at my attitude, I am disgusted and deeply ashamed of the way I acted. I am truly sorry. I know I must continue to reflect, learn, and work to grow in empathy.”

More accusers have now come forward since Gabby’s post, including one Twitter user who claims that Elgort had sent her nude images in 2014, and that they were harassed after calling him out six years ago. “He used to follow me on the account and he was super nice at first but then it got very sexual very fast. I was 14, I had NO idea what was going on, and I was terrified,” they wrote.

“I told some classmates and tweeted about but all that led to was him blocking me and sending fans after me.”